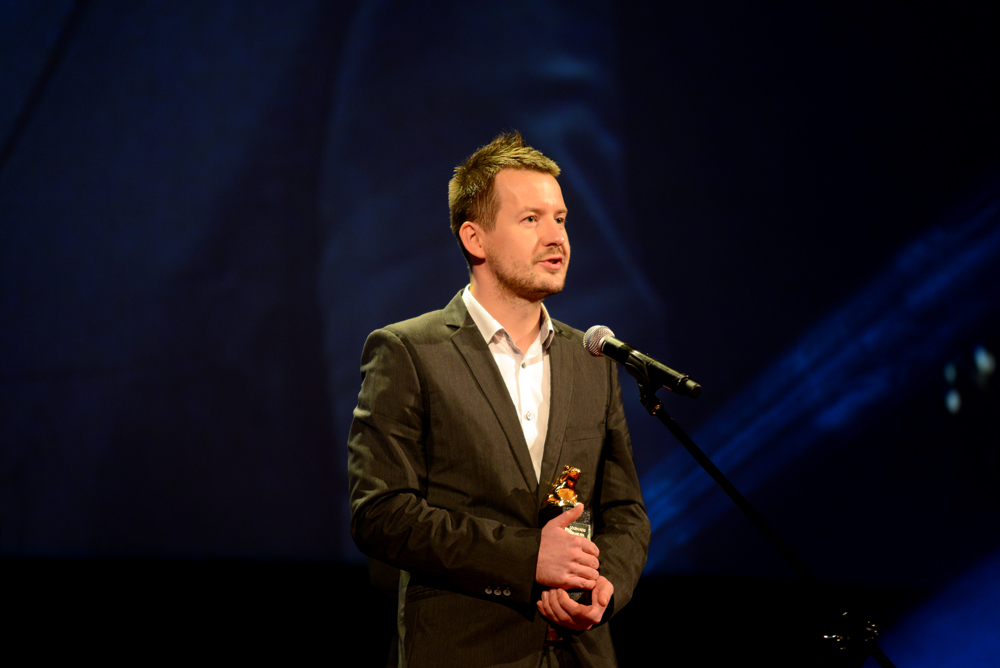 Cinematographers Łukasz Żal and Ryszard Lenczewski received the Golden Frog Grand Prize of the 21st Camerimage International Festival of the Art of Cinematography for their work on Ida, a film directed by Paweł Pawlikowski and co-financed by the Polish Film Institute.

The Golden Frog award was presented by Adam Holender, chairman of the jury. “This is a grand award. I would like to thank Paweł; we built this picture together. For me, this was an exceptionally important encounter, on a professional as well as a personal level. I would like to thank the whole crew […] and the jury. I am happy that our still film moved them the way it did,” said Łukasz Żal as he accepted the award.

A novice nun discovers that she is Jewish; she had been baptized as a child to be saved from the Holocaust. Together with her only living relative, a communist dignitary removed from power, Ida travels to her family town. It is a journey in search of identity, love, and forgiveness. Though the story is set in 1961, the film itself is not meant to be accusatory; Pawlikowski’s focus was not history, but rather the human condition.

Ida was made as a co-production between Poland and Denmark, produced by Opus Film and Phoenix Film in co-operation with Portobello Pictures, Phoenix Film Polska, and Canal+ Polska. The film was co-financed by the Polish Film Institute, Eurimages, the Danish Film Institute, and the Łódź Film Fund. Ida was released theatrically in Poland on October 25, 2013.

Another Top Award for Ida

The Camerimage laurels mark another addition to a series of top awards for Ida. Earlier this year, Pawlikowski’s feature won the Warsaw Film Festival, the London Film Festival, and the Listapad Film Festival in Minsk. Ida also received the FIPRESCI Prize in the Special Presentations section of the 38th Toronto International Film Festival as well as four awards at the 38th Gdynia Film Festival, including the Golden Lions Award for Best Film, and awards for Best Photography, Best Actress (Agata Kulesza), and Best Production Design (Katarzyna Sobańska and Marcel Sławiński).

According to Peter Debruge of Variety, Ida is a “gorgeously photographed black-and white drama.” Joe Morgenstern of the Wall Street Journal focuses on the film’s “literally square screen – so figuratively square as to seem revolutionary […]. Annette Insdorf of The Watch also comments on the film’s framing style: “The characters are consistently placed so low in the frame that the unpopulated space above them seems to weigh down. Is Pawlikowski suggesting how far they are from heaven?” Peter Bradshaw stated in his review for The Guardian that Pawlikowski’s feature is “a small gem, tender […] and sad, superbly photographed […].”

Jordan Hoffman at badassdigest.com writes: “From its opening shot, Paweł Pawlikowski’s Ida is a beautiful puzzle. In varying shades of charcoal gray a young nun is discovered in an unadorned room. It is a composed image straight out of Carl Theodor Dreyer – then something remarkable happens. The central figure (Agata Trzebuchowska) moves, and it is a much more fluid movement than the silent cinema this tableau evokes. Ida is shot on video, but lit, designed, framed and formatted for an earlier era. The result is one of the most striking visual experiences of the year.”

A Festival Supported by the Polish Film Institute

The 21st Camerimage International Festival of the Art of Cinematography was co-financed by the Polish Film Institute.

Further details about the festival’s award winners are available at: www.camerimage.pl.