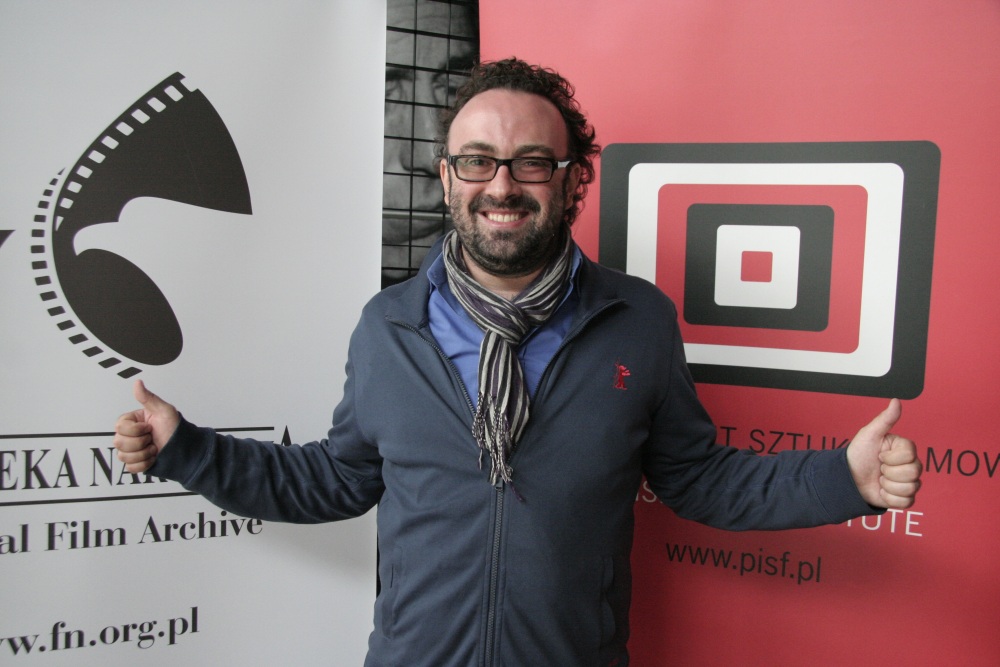 During the 12th T-Mobile New Horizons Film Festival, co-financed by the Polish Film Instutite, we spoke with Nikolaj Nikitin, the selectioner of the Berlin International Film Festival.

Polish Film Institute: Can you tell us something about the selection of films for Berlinale?

Nikolaj Nikitin: The Berlinale has so called “delegates” for different geographical territories. So my colleagues and me we are “scouts” and often the first persons to see the new eligible productions which come out of the countries we are in charge of. Then we give our opinion, if the film is interesting for us and which section might be interested in to play it. The next step is the selection: Berlinale director Dieter Kosslick decides for the main competition, Wieland Speck for Panorama, Christoph Terhechte for the Forum, Marianne Redpath and her co-head, this year’s Wroclaw short film jury member Florian Weghorn for the Generation section, and Maike Mia Höhne for the short film section Berlinale Shorts.

As we are here in Poland now, I’m suggesting in my eyes the most interesting Polish films to my colleagues to watch them. I’m geographically supporting the strongest movies, which are eligible for us. For all the sections we need World or international premieres, so it means film should be only shown in the country of origin. In some cases also European premieres can accepted. The films must have also a certain length. There are some issues that we have to follow up. Then the selection committees deliberates on the film and hopefully, the film gets selected to one of the sections and we are all very happy.

This year two Polish films were presented during the Berlinale: Secret by Przemysław Wojcieszek and Elles by Małgorzata Szumowska.

Exactly. Both directors are closely connected to us. Przemek is for me one of the most outstanding new voices in Polish cinema and I’m truly and dearly a big admirer of his work. He is one of the few European directors, who tries to do steadily something new. Each of his films looks different. He has clear handwriting as a director, but he is truly and constantly developing and trying out new things. This is very interesting for us and he is one of few who managed to be back very often within a short period of time. He was three times in Berlin with really outstanding films and actually I’m hoping that next year maybe or the year after he’s going to be back again with his new production.

And also with Gosia we have a long history because we showed Stranger (“Ono”) and I’m very happy that she was back with Elles (“Sponsoring”) and she’s talking important female topics. She is an outstanding filmmaker not only in Poland or in Europe, but in the world. It was also a very important film politically because it deals with some very important issue. The way she did that was in such a big European style, Juliette Binoche was amazing and we liked the film so much that we even opened the Panorama section with it. I know from Wieland Speck that he was very happy the way it went through the Berlin festival and how it did also afterwards.

I think Polish cinema is on a good way because when we talk about cinema we must always keep in mind that it is the work of many people and that it costs usually a lot of money. It’s not literature when you can let one talented author sit in his cabin and write a book. To be able to do interesting films you need to have right infrastructure. On the one hand it is important to have young talents, trained professionals. It’s great to know there are a couple of opportunities in Poland to study film. On the other side you need to have institutions, which are able to support films. I’m just very happy an even envy on Polish filmmakers, looking at some other countries, how strong and developed the Polish Film Institute is. There is a developed cinema law, there is very serious budget for support, for distribution.

Without this kind of support system it’s very difficult to make films. Poland has many agreements for example with Germany. As I live in Cologne, where we have the biggest regional German film fund, I know, that they have strong ties to Poland as well as in other German regions, which were involved with many Polish-German co-productions. The Film and Medienstiftung NRW supported for example Elles and they were close associated with latest projects of Andrzej Wajda and his school, as well as the Berlin or Leipzig based Film Fund, which have set up an own coproduction development fond for project between Poland and Germany. This already structure is very good and constantly developing.

I’m happy that the two films, which we mentioned and which were shown in Berlin, are part of new generation of Polish cinema, which who is really reflecting what’s going on nowadays. We always look for political films because we have political history as a festival. We were shortly established after 1945, when Berlin was divided by the Americans to bring Berlin back to Europe, to the world. But ‘political’ doesn’t mean that film has to be historical film and about some political issues. The position of the filmmaker should be political and should reflect nowadays what’s going on in the country. For me for example Elles is of course very political film because Gosia is taking a very strong author’s position reflecting her topics.

How do you see the position of Polish cinema in the Eastern Europe?

I think it’s becoming very central and strong – within the whole Europe, meaning not only Eastern, but also Western Europe – and I think it’s very interesting at the moment because there are outstanding authors and there is a very strong cinematic tradition, which you should never forget. Poland had Kieślowski, you have Wajda, for me two of the most outstanding European and world cinema authors of almost 120 years of cinema we have. This is very good to know that there is a cinema history young directors can live from and relate to, but there are also directors who find their new own style and development. I think a very important issue right now is to focus especially and support those young directors. I’m not saying that you should leave out the directors, who have been around for a very long time, as some of them still deliver outstanding work.

For example mentioned Andrzej Wajda was over 80 when he made Sweet Rush (“Tatarak”). If you wouldn’t know that he is a great master of Polish cinema you could think, that it was made by a first or second filmmaker. I was there when he got his Alfred Bauer innovation award for Sweet Rush. Andrzej shared it ex aequo with a young Latin American filmmaker and he was so happy to be acknowledged with this award as innovative and fresh filmmaker. It was great to see that somebody with at age, with his reputation, someone you think has already achieved everything, is still trying new ways and new directions in filmmaking.

Could you advise something to Polish filmmakers? What should they do to achieve success abroad?

Usually I don’t like to give advices. Our job is really to see films and then to say ‘yes’ or ‘no’ – sometimes even ‘maybe’ – but one advice I can give. The only way for me to be successful as a filmmaker, which means to be successful as an artist, is truly to believe in what you do – to only make films and projects, which you think are important and touch issues that need to be told. Never think what kind of project might be interesting for the audience, for funding, for television or for festivals. I think that the right and the only way to achieve success is really to realize what comes out of you. We want to see personalities behind the projects, we want to see and feel the truth, belief and desire to change of world, because that is what artists want and need to do. We want to feel this energy, that authors are making films really because they have a message and an idea they want to express. Just believe in yourself!