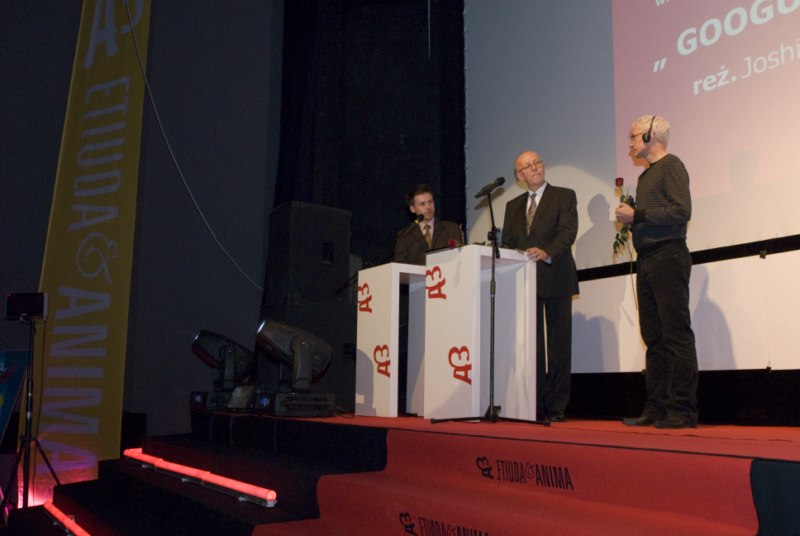 November 25 brought the closing ceremony of the 17th “Etiuda&Anima” International Film Festival in Krakow. Ceremony guests gathered at the “Rotunda” Cultural Centre to be welcomed by festival director Szymon Pasaj and “Etiuda&Anima” creator and artistic director Bogusław Zmudziński. Both thanked the organizations and institutions that supported the event, the organizing team, and the volunteers.

The Golden Dinosaur Special Award for lifetime achievement was presented at the closing ceremony to filmmaker and academic Martin Šulik. The award for Šulik was presented by Bogusław Zmudziński. He recounted the eight-year history of the award, and talked about the works of this year’s winner. Martin Šulik received the Golden Dinosaur Special Award for his “unprecedented on the global scale focus on strengthening awareness of the Czech and Slovak film wave.”

The Golden Dinosaur Special Award for Best Film School went to the Czech FAMU school for “carrying on the tragic and ironic legacy of Czech cinema.”

Creators of awarded short feature and animated films received the Jabberwocky (in the “Anima” competition) and Dinosaur (best films of the “Etiuda” competition) statuettes. The festival closed with a screening of the awarded films.

The complete list of films awarded at the 17th “Etiuda&Anima” IFF: