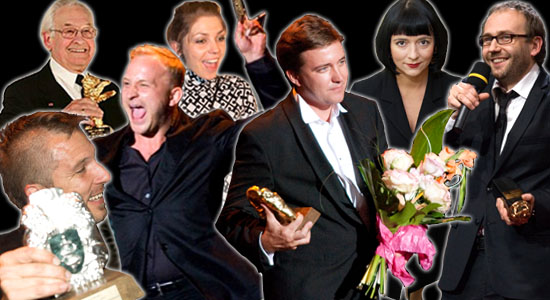 2009 was quite a special year for Polish cinema. Films by Polish directors haven’t received this much acclaim in years. Multiple awards at festivals abroad, record-breaking admissions in Polish cinemas, general acclaim of the critics and audiences – all these factors suggest that the enthusiastic opinions about the rebirth of Polish cinema that appeared after last year’s Polish Film Festival in Gdynia are fully justified. What was the past year like for the Polish Film Institute?

Busy, without a doubt. The Polish Film Institute did not only provide funding for the production, promotion and distribution of films, but also initiated and co-organized a number of new projects, including the School Film Library (Filmoteka Szkolna), Polish Film Academy (Akademia Polskiego Filmu), and the National Programme for the Digitization of Cinemas (Narodowy Program Cyfryzacji Kin), while pursuing important initiatives from years past: the Polish Film Institute Awards, support for developing Regional Film Funds, and special screenings in the Parliament. All these projects received wide recognition and attracted general interest.

The Numbers Are Up

The Polish Film Institute actively supports young filmmakers; in 2009 alone, 18 films by first- and second-time filmmakers received support that amounted to 28.8 million PLN (over 7 million EUR). This does not include support given to scriptwriting and development: 31 applications for screenwriting scholarships and 47 for script development received funding in 2009. Equally promising are the latest statistics from the Programme for Film Education and Dissemination of Film Culture, and the Programme for Development of Cinema Infrastructure and Film Distribution. The former received 282 applications, granting funds to 200 (including 51 film festivals). 72 applications for the Development of Cinema Infrastructure received funding, while Film Distribution and Promotion granted support to 74 projects, 40 of which were films released in Polish theatres.

It was a case of “quantity meets quality”. The increasing significance of Polish cinema on the international stage is now a fact. Many successes are worth mentioning: the Berlin Film Festival Award for Andrzej Wajda’s Sweet Rush (Tatarak), the Best Photography Award (Jolanta Dylewska) for Tulpan at the Hong Kong International Film Festival, and the Hot Docs Award in Toronto for Rabbit à la Berlin (Królik po berlińsku) by Bartek Konopka and Piotr Rosołowski (Best Mid-Length Documentary). And that’s only a few of the many awards for Polish films. Numbers don’t lie: in 2009, over 170 Polish films took part in over 230 film festivals around the world. Another fact worth mentioning is the distribution success of Tricks (Sztuczki) by Andrzej Jakimowski, a feature that was released in cinemas in over 30 countries, including Spain, Australia, France, the Netherlands, and the United Kingdom.

A project of the Polish Film Institute that received widest acclaim over the past year was the School Film Library (Filmoteka Szkolna). Let’s recap: last January, over 14,000 schools throughout Poland received free sets of 55 Polish feature, documentary, and animated films, carefully selected by a team of 40 experts. The aim of the project is to teach young adults to perceive film art in a mature way; the selection serves as an introduction to film education in secondary schools. After merely a year, the School Film Library initiative has already received two prestigious awards: the Educational Initiative of the Year award of the Ministry of Education, and the Platinum Goats at the Ale Kino! International Film Festival for Young Audiences.

Yet the project continues to grow. By the end of 2009, the school registration system was closed. It was replaced by profiles on the www.filmotekaszkolna.pl website. This enabled it to become a social networking site, aimed at enthusiasts of film education in school. The site already has over 6,500 active members, and the numbers continue to grow.

The second edition of the School Film Library is currently in preparation. 26 more lesson plans are being developed, and complemented with more Polish films. This new set of films will be accessible through a special online platform. Selected films include features The Wedding (Wesele) by Andrzej Wajda and To Kill This Love (Trzeba zabić tę miłość) by Janusz Morgenstern, documentaries The Musicians (Muzykanci) by Kazimierz Karabasz and Szkoła podstawowa by Tomasz Zygadło, and animated films Sztandar by Mirosław Kijowicz and Syzyf by Zdzisaw Kudła.

… And for Those Slightly Older

The Polish Film Institute also cares for the film education of adult audiences. In 2009, the Polish Film Academy (Akademia Filmu Polskiego) was launched in co-operation with the Film Polski foundation, the National Film Archive and the Polish Filmmakers Association. It is a two-year programme focusing on the history of Polish cinema, aimed mainly at university students, but open to all cinema lovers.

The idea behind the Film Academy builds on the success of earlier projects that commemorate the centennial of Polish cinema; the most acclaimed of these was the exhibition 100 Years of Polish Film: 1908-2008 that received general recognition in Poland and abroad. The programme of the Academy covers 98 films, divided into four semesters. It presents the heritage of Polish film art in a broad spectrum of names, genres, and subjects. The weekly class takes place in Warsaw’s Kultura cinema and consists of lectures and screenings. It has become very popular – the large screening room is always filled to capacity.

What Does the Audience Think?

But the average Pole does not only read about film – we are also more eager to see them in cinemas. According to data from Boxoffice.pl, the total number of cinema admissions in 2009 exceeded 39 million – a significant increase from the 33.8 million noted in 2008. Polish films also slowly but surely continue to improve their popularity among cinema goers. While gone are the days of the 1960s and 1970s, when domestic films would attract dozens of millions of admissions, it is a fact that admissions to Polish features continue to grow. In 2009, the total was at 8.4 million admissions, and brought 136.8 million PLN (almost 33.5 million EUR) in box-office revenue. This almost matched the results from 2008. But while in 2008 the numbers were a result of a few blockbuster hits, especially the hit comedy Ladies (Lejdis) that alone gathered over 2.5 million admissions, in 2009 these admissions were spread over a large number of films. The Top 10 Polish films of the year included not only romantic comedies like Love & Dance (Kochaj i tańcz) and The Perfect Guy for My Girlfriend (Idealny facet dla mojej dziewczyny), but also social dramas and epic films – Freedom Is Within Us. Popiełuszko (Popiełuszko. Wolność jest w nas) was the only Polish feature beside Love & Dance to cross the 1 million admissions mark. Other successful films include Mall Girls (Galerianki) by first-time director Katarzyna Rosłaniec with 575,000 admissions, the difficult Snow White and Russian Red (Wojna polsko-ruska) by Xawery Żuławski and based on the experimental novel by Dorota Masłowska (441,000 admissions), and Reverse (Rewers) by Borys Lankosz (331,000 admissions), dubbed the discovery of the year at the last Polish Film Festival in Gdynia.

What will the year 2010 bring in terms of box-office hits and artistic revelations? We are sure to find out soon.