"Acid Rain" and "The Tough" at Sundance Festival


“Acid Rain” and “The Tough” are another Polish titles that qualified for 2019 Sundance Festival.

“Acid Rain” is the latest animated film by Tomek Popakul qualified for the program of the prestigious American Sundance Festival. The producer of the film is Animoon (Piotr Szczepanowicz and Grzegorz Wacławek), co-produced with FINA, with the support of the Polish Film Institute. The KFF Sales & Promotion agency, operating at the Krakow Film Foundation, supports the international promotion and distribution of the film.

“Acid Rain” is a story about an unusual meeting somewhere in Eastern Europe. Mloda  run away from home, as far as possible from the gloomy town. The initial excitement of hitchhiking travel falls when she lands on the outskirts of the city in the middle of the night. On the bridge she notices a person who is dangerously balancing on the railing. That’s how she meets Chudy – a bit of an unbalanced freak. Chudy lives in a camper, which he drives, running not necessarily legal errands. Mloda decides to get along with Chudy. Their common path leads into increasingly strange areas, and they quickly develop an unnamed bond. 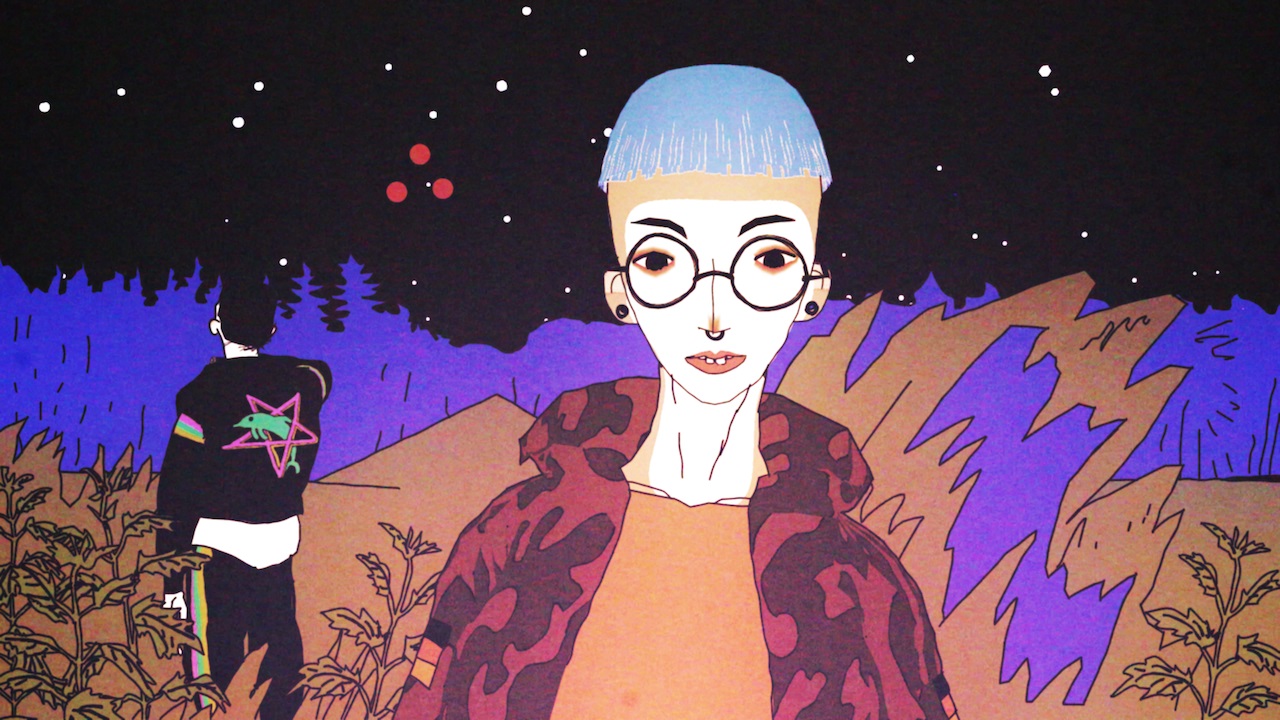 “‘Acid Rain’ stems from my fascination with the rave subculture and its iconography, especially in the early years of this scene. In the film, I wanted to express mixed feelings of fascination and disgust, a sense of community and alienation in the crowd. I wanted to show naïve spirituality and low human ‘dirt’, nature and civilization as well as hunger for colors and gray everyday life in the post-communist landscape of Eastern Europe” – says Tomek Popakul. The film features works by such artists as Escape From Warsaw, Chino, Ceephax, Reptant / Lou Karsh and Jerome Hill.

Tomek Popakul is a graduate of the PWSFTviT in Łódź. He made several films from which the diploma “Ziegenort” was screened at many international festivals and won numerous awards around the world – including Grand Prix festival in Oberhausen. Popakul took part in the animation program of Animation Artist in Residence Tokyo organized by Japan Image Council (JAPIC) where he made the film “Black”,  also screened at Sundance. Tomek Popakul’s 26-minute animation was included in the short film program of the Sundance festival. Every year, the festival receives almost 9,000 entries, of which only about 70 films go to the short program.

The second Polish film presented in the short section is “The Tough” by Marcin Polar. The producer of the film is the Munk Studio operating by the Polish Filmmakers Association, and the co-producer is LeLe Crossmedia Production. The KFF Sales & Promotion agency operating at the Krakow Film Foundation is responsible for the international promotion and distribution of the film. 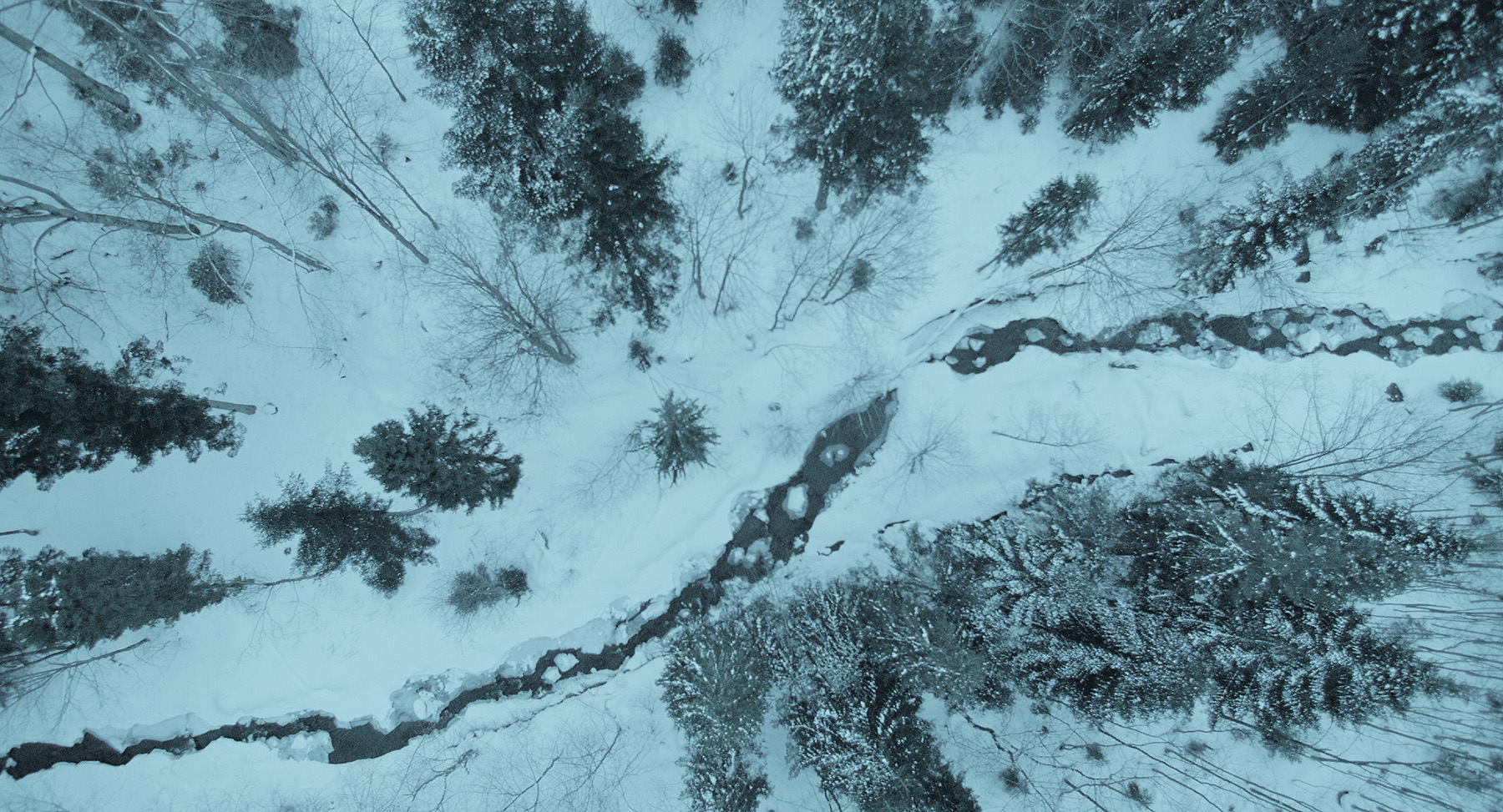 The title “The Tough” carries many meanings: unruly, malicious, resistant, unbending, strong, durable, cold, hard. It is not without a reason that the hero of the film called his discovery – the place he faces, and which all of these features can be felt tangibly and literally on his own skin. It stimulates his imagination and pushes him forward in a crude and obsessive manner. Together with him, the camera participates in the exploration of spaces unknown to man, which increasingly resist delicate human matter.

Both films will have their world premiere at the Sundance Festival.

The Sundance Film Festival, held since 1985, is the largest independent film festival in the USA. The festival’s program consists of feature and documentary full-length movies as well as short films, series and multimedia installations.

Polish short films have already visited the Sundance festival many times. During the previous edition, in addition to the mentioned animation “Black” by Tomek Popakul, viewers could see “Volta” by Monika Kotecka and Karolina Poryzała and “Deer Boy” by Katarzyna Gondek, in 2017 “Close Ties” by Zofia Kowalewska, “Pussy” by Renata Gąsiorowska and “Heat” by Agata Trzebuchowska and Mateusz Pacewicz, and two years earlier, Michał Szcześniak’s “Starting point” and Paulina Skibińska’s “Object”. Polish films were also appreciated at the festival: in 2015, the “Object” received a Special Jury Award for short film for visual poetry, in 2013 “The Whistle” by Grzegorz Zariczny won the Grand Jury Prize, and in 2011 “Out of reach” by Jakub Stożek received the Honorable Distinction.

The next edition of the festival takes place from January 24 to February 3, 2019 in Salt Lake City.