"Agnus Dei" Awarded in the USA

Award in the USA

Agnus Dei  is set in Poland in the winter of 1945. Mathilde Beaulieu (Lou de Lâage) is a young intern working for the local branch of the French Red Cross; their goal is to find, treat and repatriate French survivors of the Nazi concentration camps. One day, a Polish nun arrives at the hospital. In poor French, she begs Mathilde to come to her convent. 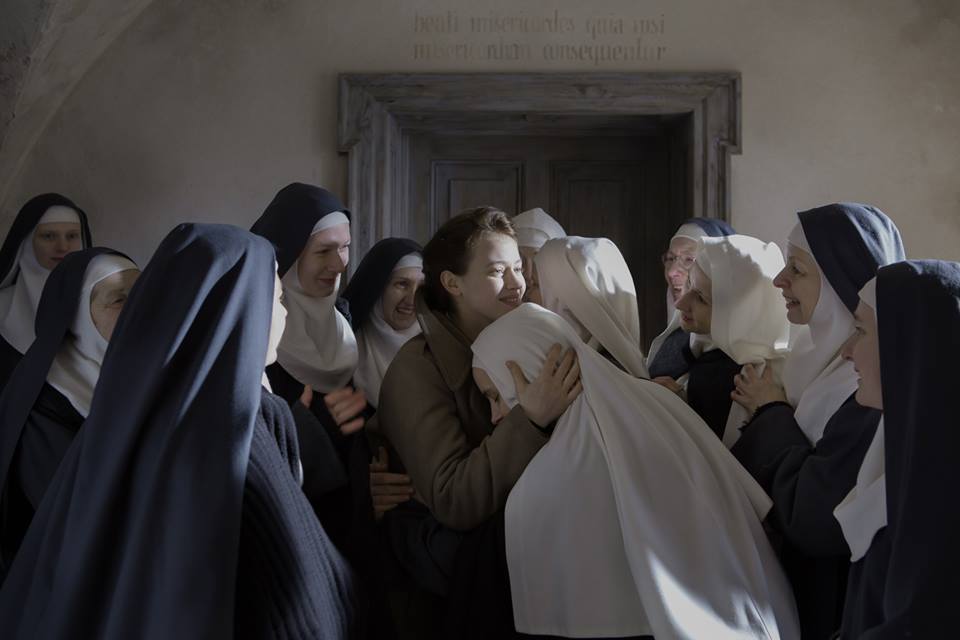 The film was produced by Eric Altmayer and Nicolas Altmayer of Mandarin Cinema (Bertrand Bonello’s Saint Laurent) and by Philippe Carcassonne, and co-produced by Eliza Oczkowska and Klaudia Śmieja of Aeroplan Film (Poland), Mars Films, Canal+France, nc+Polska, France 2 Cinema and Scope Picture (Belgium), with support from the Film Commission Poland. The film was lensed by Caroline Champetier and filmed entirely in Poland. The film’s visual side was handled by Polish talent: production designer Joanna Macha and costume designer Katarzyna Lewińska. The film was co-financed by the Polish Film Institute.

Agnus Dei had its world premiere at Sundance Film Festival 2016 in the
out-of-competition Premieres section.