“It would not be bad if I got the Oscar,” said Andrzej Wajda after being notified he had been nominated for an Academy Award for his film Katyń. “When I received the Academy Award for Lifetime Achievement, I felt as if I were getting an award for old people.”

It is the fourth such nomination for Wajda, who also was tipped for his earlier films The Young Ladies of Wilko (Panny z Wilka), Land of Promise (Ziemia obiecana), and Man of Iron (Człowiek z żelaza) were nominated.

“I am very glad that the film topic, which it had been said would not be interesting for the Members of the Academy, nevertheless found their interest and recognition,” said Andrzej Wajda during a news conference with journalists at the Polish Film Institute (PISF). “I thank the Polish Film Institute for such great support for my project. It is proof that the Act on Cinematography, for which we fought, makes great sense. There are more and more films being created, many of which are noticed at international festivals. On my personal list of films which I plan to see, there are many more Polish titles.”

“History is of great interest to international viewers,” said Maciej Karpiński, head of international relations at PISF, who noted all five films nominated for the Best Foreign Language Film Award dealt with the topic of war.

“Apparently the world is afraid of war,” said Wajda. “That is why it wants to understand relationships of nations which have survived over and over again. But I want to underline that I did not produce a film against Russians, but in order to tell a story that is so close for them. Please realise that even in Poland, not everybody knows about the tragedy of Katyń.”

Wajda said while he is glad that his film will be shown in Berlin, he did not want Katyń to be entered in the competition because the jury would face a difficult situation with regard to its underlying message.

The director stressed that his actors are very important. “It is due to them that the film’s action is attractive,” he said. “I found out so much about acting while working with them. We have fantastic actors in Poland who wait for good roles.”

Agnieszka Odorowicz, General Director of PISF, described it as “a beautiful, important, clever film, accomplished with eagerness by the producer, with outstanding acting, and music by Krzysztof Penderecki.”

She noted that the last Polish nominee for Best Foreign Language Film was Three Colours: Red (Trzy kolory. Czerwony) by Krzysztof Kieślowski. “If the dream about winning an Oscar were to come true, we will be even happier,”added Odorowicz, “But the most important thing is the significance of this film as a historic certificate. Katyń allows people abroad to learn about Polish history.”

Producer Michał Kwieciński said the film will be shown beginning in April in nearly all European countries and in the United States.

Andrzej Urbański, Director of TVP (Polish Television), said the most crucial aspect was finding a way to make the topic interesting: “The key thing here was the perspective,” he said. “We watch the action through the eyes of women, wives and mothers. The second thing is the personal tone of this story. Those two things determined its success.”

“It would not be bad if I got the Oscar,” said Wajda in answer to a journalist’s question about the nomination. “When I received the Academy Award for Lifetime Achievement, I felt as if I were getting an award for old people. Now I see that again I managed to return to the international arena.”

Also at the meeting with journalists was Anna Bolesta, the Polish co-producer of the film Peter and the Wolf (Piotruś i wilk) by Suzie Templeton, which was nominated for an Oscar in the the Best Animated Short Film category.

“Working on this film required great thoroughness and precision,” said Bolesta. “It was created out of thousands of photographs, as is every puppet animation.”

The Oscar ceremony will take place on 24 February in Los Angeles.

Among those cooperating in the campaign promoting Katyń arethe film producer Akson Studio, the co-producer and distributor TVP Office of International Cooperation and Commerce, and PISF, together with the international public relations agemcy Premier PR working in Los Angeles. 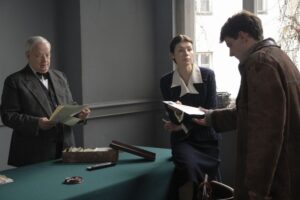 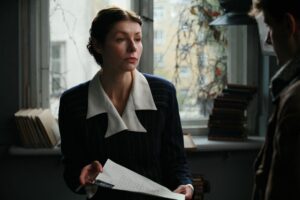 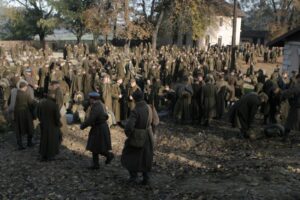 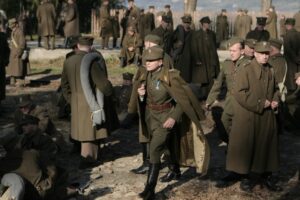 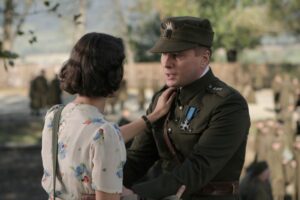 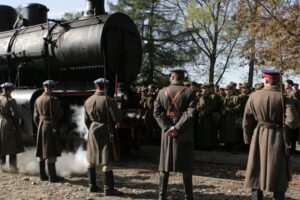 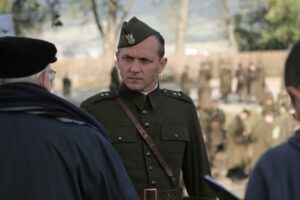 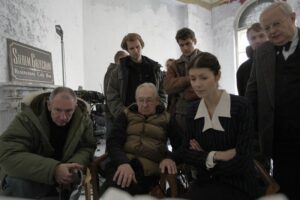 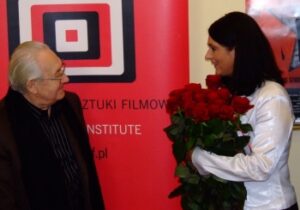 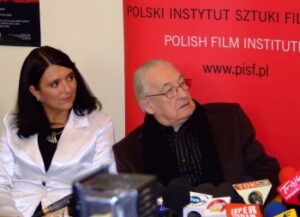