Cinema Can Change the World 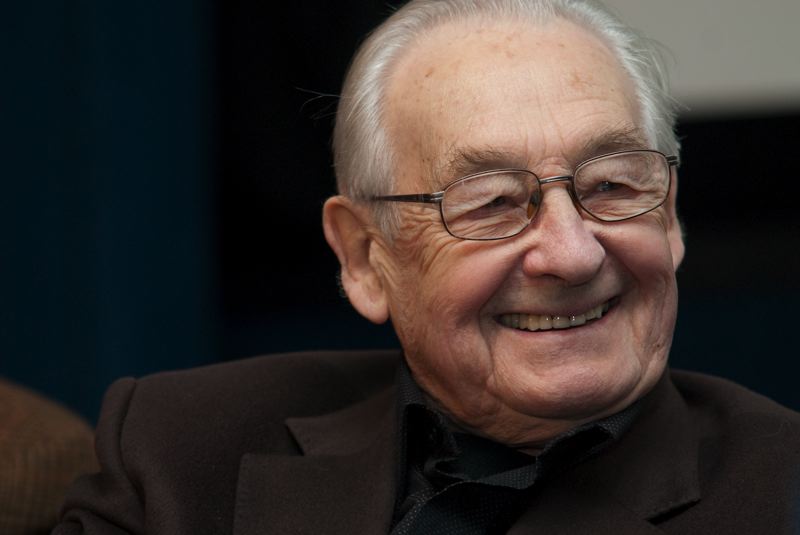 Andrzej Wajda, film and stage director, screenwriter, production designer, one of the most acclaimed filmmakers in the history of world cinema, winner of an Academy Award for Lifetime Achievement celebrates his 85th birthday on March 6.

“When I was just starting work as a film director, I believed that cinema could be more than just a form of pleasure, entertainment, or art. I believed it could change the world and enhance people’s awareness. Today, the world has changed. But to me cinema remains most important. I’ve made may films, but at the same time I’m fully aware that they also made me,” said Wajda in an interview with Barbara Hollender years ago. It was under his helm that that the stars of Zbigniew Cybulski, Daniel Olbrychski, Stanisława Celińska, Krystyna Janda, Wojciech Pszoniak and Andrzej Seweryn began to shine.

Before deciding to study film directing at the National Film, Television and Theatre School i Łódź, Wajda studied painting at the Fine Arts Academy in Krakow. His feature debut was the 1955 film Pokolenie (Generation). His later films Kanał (Canal) and Popiół i diament (Ashes and Diamonds) made him into one of Europe’s most important film directors of the new generation. The also launched the movement that later became known as the Polish Film School. His first colour feature Lotna (Speed) based on the writing of Wojciech Żukrowski was also a source of controversy.

His next feature Niewinni czarodzieje (Innocent Sorcerers) was the story of young representatives of the jazz generation, followed by the less-known Samson based on the writing of Kazimierz Brandys – a story of a Jewish fugitive from the ghetto. In 1962, Wajda made his first two features abroad: Powiatowa Lady Makbet (Siberian Lady Macbeth) in Yugoslavia, and Miłość dwudziestolatków (Love at Twenty), made as a co-production between France and Germany.

When discussing Wajda’s accomplishments overseas, Krzysztof Zanussi says Wajda took a stand against the Russian academic approach to art. He states that Wajda was the first to understand that directors don’t exist without their audiences; that an artist is only as good as his or her last work.

Of all the films he made in the West, Wajda himself thinks highest of Piłat i inni (Pilate and Others), based on Bulgakov’s “Master and Margarita”, and Danton based on a short story by Stanisława Przybyszewska, for which he received a César award.

In his work, Andrzej Wajda often turned to classic works of Polish literature. His adaptation of Popioły (Ashes) by Stefan Żeromski was another source of controversy. The Academy Award-nominated adaptation of Ziemia obiecana (The Promised Land) by Władysław Reymont brought Wajda and his lead actors Andrzej Seweryn, Wojciech Pszoniak and Daniel Olbrychski worldwide acclaim. Cinephiles often mention his film Wesele (The Wedding), a picture that Elia Kazan described as his favourite film. Wajda often emphasized his fascination with the writing of Jarosław Iwaszkiewicz, and made several films based on Iwaszkiewicz’s works – Brzezina (The Birch Wood), Panny z Wilka (The Maids of Wilko), and most recently Tatarak (Sweet Rush). Wajda also directed the star-studded version of Aleksander Fredro’s Zemsta (The Revenge), with Roman Polański playing the part of Papkin, and Adam Mickiewicz’s Pan Tadeusz (Pan Tadeusz: The Last Foray in Lithuania), with Bogusław Linda as Priest Robak. His poignant 1990 film Korczak with Wojciech Pszoniak in the title role brought Wajda special mention in Cannes.

Among key films about milestone events in communist Poland are Wajda’s Człowiek z marmuru (Man of Marble), which had limited distribution, and his later feature Człowiek z żelaza (Man of Iron), winner of the Palme d’Or at Cannes and Academy Award nominee, focusing on the birth of Solidarity. Wajda’s more recent Katyń retells some of the most painful episodes in Polish history.

“If you don’t love cinema, if making films isn’t a real pleasure, then it’s not worth making them,” says Wajda. He also mentions that Bergman, whom he met in Stockholm, once told him that working on his last film set made him feel exhausted. That was when he understood it was time to step back.

After working on Katyń, the most personal of his films, and Tatarak (Sweet Rush), Wajda speaks with greatest acclaim of working with students from his Master School of Film Directing. He is currently working on his next project – a film focused on the life of Lech Wałęsa.

Six years ago, when celebrating Wajda’s 50 years as a film director, the then minister of culture Waldemar Dąbrowski addressed the director in these words: “Works bearing the Wajda name have left their mark on the intellectual condition and on emotions of many generations of the Polish nation. For your tale about a ‘generation’ that lost their lives in the ‘canals’, turning into ‘ashes on diamonds’, that bore ‘the ring with the crownde eagle’ and sought its way through the ‘landscape after battle’ – I sincerely thank you. I think many of your films deserve to be mentioned today, but let me refer to at least one of your titles: let us do everything to ensure that not everything is for sale”.

Andrzej Wajda received recognition for his work in the form of some of the world’s top awards and honours. He is a chevallier of L’Ordre national de la Légion d’honneur in France, and a laureate of the Golden Gloria Artis in Poland, the highest form of recognition for artists. Current minister of culture and national heritage Bogdan Zdrojewski, in recognition of Wajda’s merits, applied to the President of Poland Bronisław Komorowski to award the artist the Order of the White Eagle, Poland’s highest decoration. The application was approved; the ceremony is to be held in mid-March.