"Back to Your Arms" Premiere 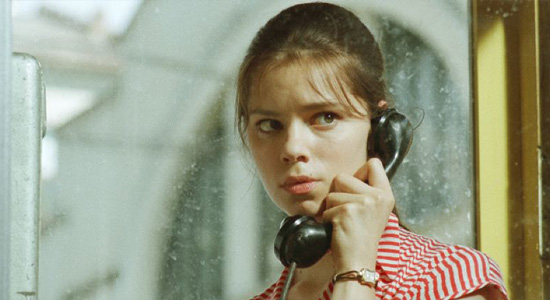 November 17 marks the premiere of the Polish-Lithuanian co-production Back to Your Arms (Powrócić w twe ramiona) by Kristijonad Vildžiūnas. The film will premiere within the framework of the “Scanorama” European Film Forum in Vilnius.

Back to Your Arms will screen in the New Baltic Cinema – Lithuanian Feature Film Premieres section. The film was produced by Lithuania’s Studio Uljana Kim. The Polish co-producer was Studio Filmowe Tor, with Krzysztof Zanussi and Janusz Wąchała acting as co-producers. The film score was written by Antoni Komasa-Łazarkiewicz. The film’s Polish co-creators will be guests at the premiere.

As the Studio Filmowe Tor website states, “the film is set in 1961. A father and his daughter attempt to meet in Berlin after fourteen years apart. The father lives in Soviet Lithuania, while the daughter emigrated to the United States. Though the Soviet Union is undergoing detente, and the Berlin Wall has yet to be erected, the Cold War is about to reach its peak. When the father arrives in Berlin, the undercover KGB agents immediately take an interest in him. They attempt to lure the daughter to the East. She however is greatly impressed by the aura of mistrust in the city, and is afraid to cross the borders of West Berlin. Wanting to protect each other from a possible KGB ambush, both father and daughter are ready to give up on the long-awaited reuniting.”

Back to Your Arms is a Polish-Lithuanian co-production. The film received financial support from the Lithuanian Ministry of Culture, the Polish Film Institute, and Eurimages.

The film’s official website is available at www.kaiapkabinsiutave.lt (Lithuanian only).