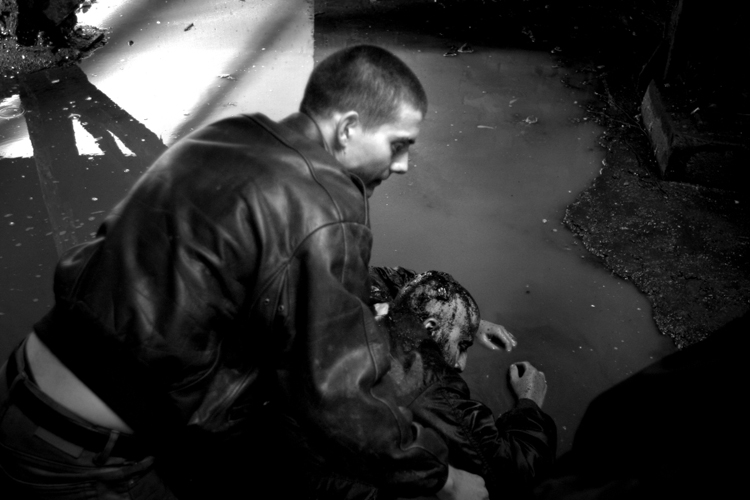 Serce do walki. Photo via filmpolski.pl

Special Recognition of the Jury

Serce do walki (Battleheart) received special recognition from the Cinema & Gioventù jury for “its outstanding aesthetics, the beauty of photography, scenery and acting.”

Serce do walki (Battleheart) is the story of two young people living in a small Polish town. For years, their neighbourhood has been ruled by the football fans of two rival teams. Maciek and Julka, the Romeo and Juliet of the modern age, are on opposite sides of the football barricades, and their love causes a series of tragic events.

The film was made within the framework of the 30 Minutes programme of the Munk Studio, and was co-produced by Vostok8. The Locarno screening was Battleheart‘s first presentation abroad. The film was co-financed by the Polish Film Institute and is represented by the Krakow Film Foundation.