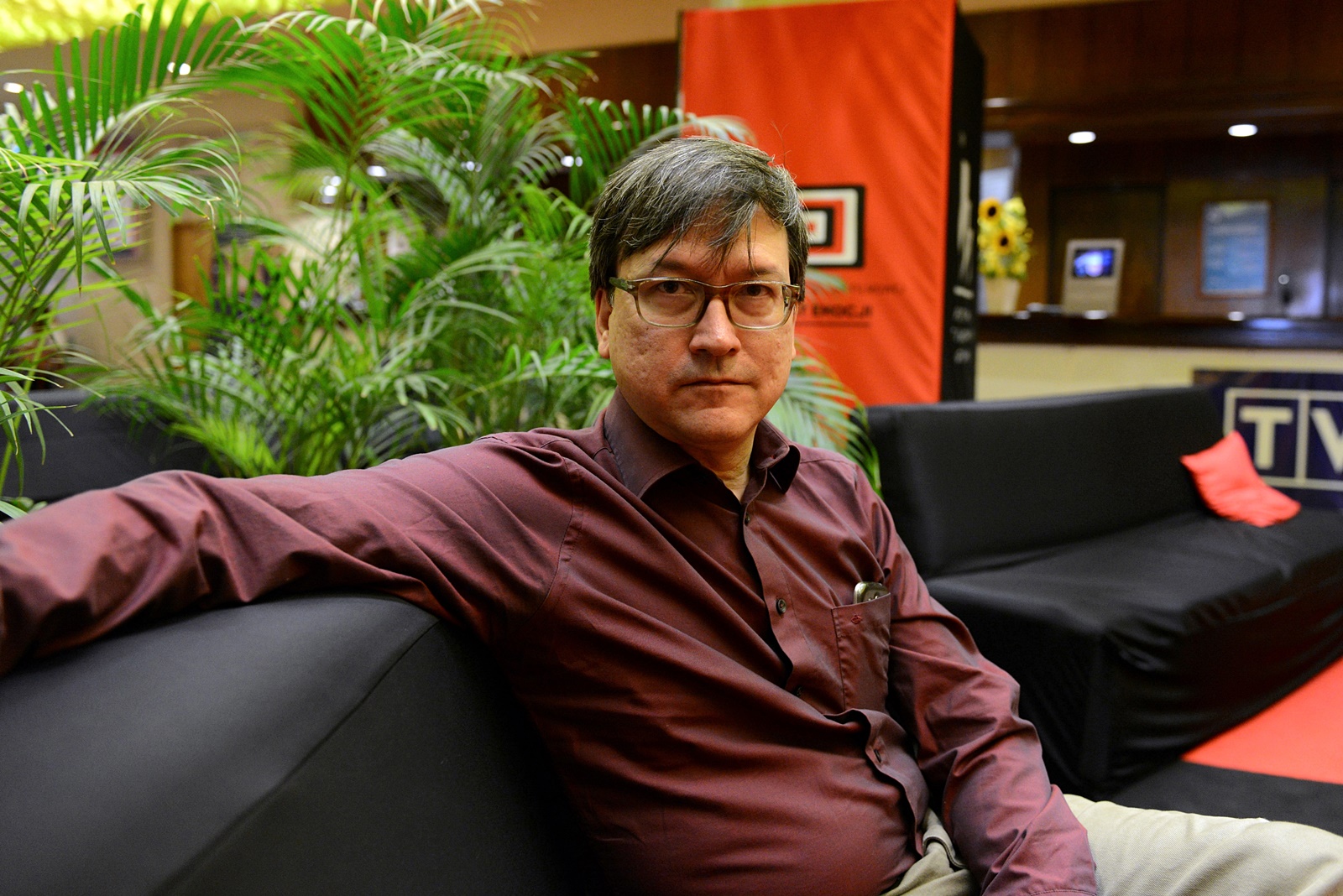 During 39. Gdynia Film Festival we talked to Chris Fujiwara – the only foreign member of the jury in the Young Cinema Competition, artistic director of Edinburgh International Film Festival in the years 2011-2014.

PFI: What picture of Poland emerges from 25 short films that you have watched during Film Festival in Gdynia?

Chris Fujiwara: The picture of Poland is very varied in the films obviously but maybe it’s more interesting to talk about sort of the picture of Polish filmmaking because these are films by the coming generation of film directors in Poland and I was very struck by a few things. I do see a lot of short films from all over the world and my impression is that the level of the short films made here is much higher than in general around the world. First of all the level of technical competence: the quality of cinematography, of sound design is very high. Most or all of the films were very polished. But that’s not the main thing that interests me. I’m more interested in the vision of the director and the ability of the director to work with cinematic form. In our competition, there were a number of films that had a really strong idea, related to youth or the family for example, that the director wanted to put across. Obviously that’s essential for a short film, in which everything has to be told very succinctly and concretely. And then in some of the films, not all but certainly in the films that we have given our awards to, there’s a great feeling for cinema, a strong formal imagination. There were films that were really quite amazing from the formal point of view, quite consistent in the quality of feeling and in the sense of time and space.

You summarized strong things in those films. What were the weakest?

Sometimes the director had an idea of what he wanted to do but that was really all he had. In the weaker films the execution was too uneven, there was not enough sense of form, not enough clarity of feeling and construction, and too much reliance on a personal vision, on eccentricity perhaps, on fantasy.

So your suggestion would be for them to make films about their nearest reality or a piece of the world that they really know?

To start with, yes, because then you have not just your own idea, but you can refer from your idea to details that are concrete, rich and meaningful. Even if you’re making a complete fantasy, you should feel the world that you’re showing in the film as if it was your own world, you have to make it your own world through the details that you fill it with, through the way you film it.

What qualities did you see in the films that you’ve given the awards to?

“Milky Brother” is an exquisite piece of work that evokes a landscape, a way of life, and a character’s personal experience in a way that is wonderfully rich and dense. There is a really precise sense of time and place in the film. “Fragments” is a very sophisticated film. The filmmaker knows exactly what she wants to do and every detail of composition, decor and performance is remarkably exact.

For me when it comes to short film it’s really hard to get me emotionally involved in the story and characters because there’s not much time. Do you have the same problem as me and do you even see it as a problem?

In a short film it’s hard to generate a deep involvement on the part of the viewer unless the director is very clear and precise and is committed to a single strong image or idea. Many great short films or short stories are built on such a conception. In evaluating a film, I’m not necessarily concerned with the emotional impact on me, whether I cry or whatever, but I want to see that there’s something in the film that is working in terms of tone or sensibility or the movement of time.

What would you say about Polish film schools after those screening? Do you think that they are getting their students prepared to emerge in the industry?

I hope so. There’s a lot of people that want to direct. How much room is there for them? If Poland makes 40 features a year that means there is space for 40 directors. And every year there are new people coming up to join the directors who are already established. The directors of some of the films I saw at Gdynia, such as the ones we awarded, I fully expect that they will go on to make feature films; others maybe not. About the preparation they are receiving in the schools, I don’t have specific information, but I have the sense that students do learn to appreciate the very rich tradition of film in Poland. At least I hope so.

You were the only foreign member of the jury. Did you feel that you had a completely different point of view from the rest?

No, we were able to find very quickly a sense of values that we shared in common. Of course there are some cultural aspects in the films that I approached as an outsider.

Were those films universal for you or too Polish – local, closed?

I didn’t find them so local that I couldn’t get into them. I think most of the films are telling stories that are quite transposable, very easily understandable, and that you could easily see happening in a different national context. The Polishness probably comes out more through details of behaviour and speech.

Do you think that those films were targeted at people at similar age or they had wider possibilities?

Most of them definitely had wider possibilities. Some of the films feel more youthful because they have younger characters, but many of the characters in the films are older than the filmmakers, I assume. Anyway, who goes to see short films? If you’re making a short film presumably you hope that it will be shown in festivals, possibly in cinemas or on television, and you hope that people who are film producers or who finance films will see it and become interested in you and want to do your next film. So from that point of view it makes sense to do a short film that will appeal to a fairly diverse audience.

What would be reason that films of young Polish filmmakers don’t make it to Edinburgh International Film Festival? We sometimes have two films at the festival and sometimes none.

I did three Edinburgh festivals and I think we had two Polish films in 2012, we had one last year and one this year so we always had at least one. It’s a small number, but also we only show 100 or 120 feature films. Anyway, I never thought in terms of a quota of films from different countries. I just wanted to show the most interesting films from anywhere in the world. Sometimes Edinburgh can’t show a film because it’s going to London Film Festival or it’s been at a different British festival. Edinburgh has to have the UK premiere.