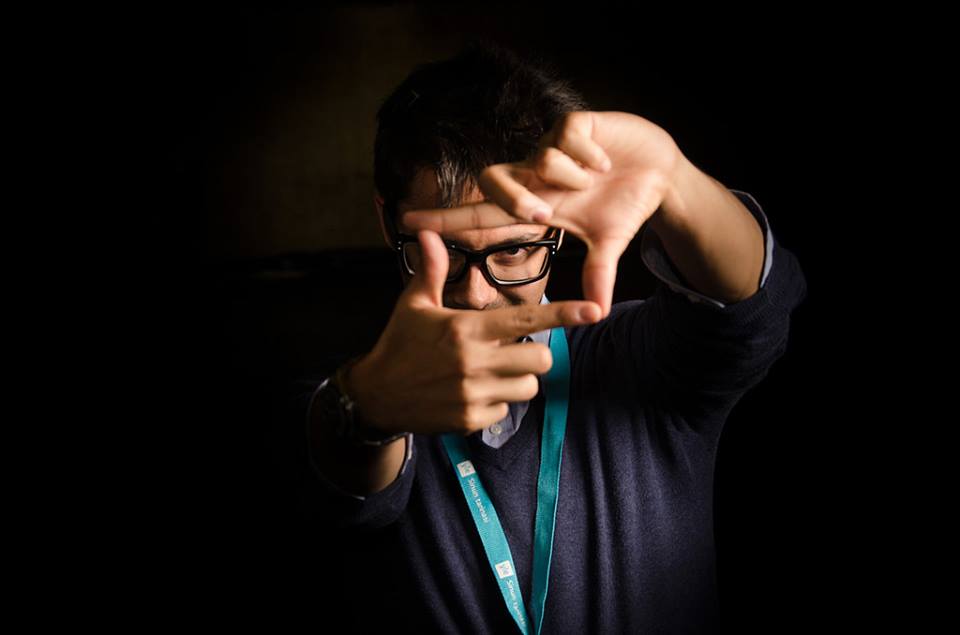 We talk to Xavier Henry-Rashid, managing director of Film Republic – a sales agency founded in 2012 specializing in art house fiction and creative documentaries.

PFI: Is your personal taste different from the professional one?

Xavier Henry-Rashid: My personal taste can be a bit trashy, and as far polarised to our professional profile, which is exclusively art house features and docs and boundary pushing. I don’t think I’m into mainstream so much, but definitely low-brow genres, scary movies, but a fair few documentaries also, probably much more than the average person. I do about 20 festivals a year, so I get to see a fair number of films.

You’re probably one of the youngest sales agents in Europe. What was the reason for you founding your own company? Did you want to fill some kind of gap in the European film market?

Film Republic was created out of necessity and circumstance. I’ve worked in film press, PR and programming for almost ten years now, so I’m far from new to the business, and had been somewhat dissatisfied with the huge expenses related to film ‘marketing’, often at the expense of the filmmakers and producers. There’s a huge vacuum of (film) income, at every layer of the business which means it’s very difficult for small art-house filmmakers to earn enough, and one important thing in sales is protecting our client’s margins and bottom lines. On top of that, income avenues are becoming more diversified, where you might have only worked with one company in one territory, now filmmakers are dealing with different niches (breaking up theatrical, VOD, educational, non-theatrical, festivals). A sales agent needs to put this all together, but I don’t think this is always done in an honest way and so by necessity I decided to do it myself. Some markets, like Latin America and some Asian countries are also very young in terms of film output, and I want to be a part of that expansion, and I want to work with filmmakers of my generation.

What kind of stories is your company looking for?

What we look for is challenging storytelling. We see a lot of films which substitute storytelling, good stories and scripts, or culminating/end scenes for elements of violence, it seems to be a trend amongst debut filmmakers unfortunately – which ironically are usually the filmmakers I love to champion – and we draw a clear line at that. I don’t think we’ve ever compromised on quality, even if sometimes it might mean turning down supposed ‘easy sellers’. But there are other companies for that, and it’s important to have a clear niche – our buyers may know we don’t always have the easiest films, but we always have elevated quality and real ‘cinema’, without exceptions. Many of our films are driven by aesthetics, visuals and score, what we call ‘visual storytelling’, and I think that’s very important to us.

What was the reason for you coming to Polish Days for the first time this year? Is Polish cinema becoming more visible at the scene?

Polish Days has been on the radar for several years, and we’ve built up a strong relationship with the Polish Film Institute who are particularly strong in promoting their national cinema, much more so than many other equivalent agencies. Polish Days includes development stage, works in progress, and completed films, so there’s a lot of choice available for everyone – and I hope to work on at least one of the films presented. We also had a film screening in Competition at New Horizons, ‘Cherry Pie’ by Lorenz Merz.

Do you have many chances to meet Polish filmmakers outside Poland?

We attend a fair number of coproduction markets and showcases every year, so I’d say we do get to meet a fair number. Polish filmmakers are very active internationally-maybe by necessity, to coproduce with their neighbours-but I wouldn’t say more than from other European countries.

What advice would you give to Polish producers and directors in terms of presenting their projects?

One of the key areas is confidence when talking to the audience. I’m comfortable with a weak pitch, so long as the elements on screen and on paper are good, but of course if you’re expected to sit 3 hours listening to presentations then some humour, charm and confidence is a plus.

Pitching is not an easy thing to do. It’s an awkward thing to do. Public speaking skills isn’t the reflection of how good a filmmaker is or producer is. However, when the film is made and is in circuit, it is important to have the filmmakers involved in the whole process and it helps a lot if you have good, charismatic director who travels a bit and does interviews. I got a really small film called El Limpiador – the Peruvian Oscar entry last year that did 150 festivals and it sold very well. Adrian – the director attended a few co-production markets and so it wasn’t just me meeting distributors – it was also him charming them, meeting with them at the events and that made a huge difference because when you’re working on small films there are literally 100 other films that are just good. And if you have no name attached no big director, no cast, just a small good film there’s choice that goes around and distributors will be happy to pick up a film because they like you as a sales agent and they like the director personally. They need that personal connection.

You came to this year’s Gdynia Film Festival to continue your activity from Polish Days.

We track films from early stage in pitching forums through rough cuts to a finished product and we use festivals to meet the producers and negotiate. For all films that we’ve picked up there’s been a contribution from four or five work trips or festivals all partly responsible for the acquisition. It’s important to meet people face to face, not just to like the film itself. When we sign the film it’s going to be 7 to 10 years contract and it’s important to know the team you will be working with. It’s important to get along, like and trust each other.

So you don’t feel the pressure to sign a film at every festival you visit?

We do a lot of festivals every year. It’s nice to know that every single one has a business purpose and it’s nice to get a direct result but sometimes it just doesn’t happen. My colleagues and I do about 30 festivals a year but my company doesn’t pick up 30 films a year, we pick up under 10. Going to festivals is often about seeing what’s around, understanding the market and the product that is out there.

Are you interested (as a sales agent) in projects at the stage of development?

Like a lot of sales agents today, we’re always interested in projects at development stage. The reality is, it is difficult to come on board at an early stage. We often get asked if we can put down MGs at coproduction markets, on script stage projects, and the answer is the same for everybody: no. If we had to consider how much cash would need to be invested upfront, on a film delivered several years later, with a limited market potential, and an MG that dwarfs the commission, we would be crazy. Companies our size might occasionally put down advances on post-production stage projects, which usually come out the first sale, and often for bigger, profile ‘loss leading’ titles. I’ve heard of some companies taking zero commission in order to secure bigger films also but we’re not at that stage, and nor would I want to do that.

Are British distributors interested in Polish cinema? We don’t see many Polish titles being distributed in the UK.

The big titles do get picked up like Ida or Floating Skyscrapers, but they are usually somewhat niche films. Pawel is well known in the UK, having lived here (and the film is a breakout success worldwide), and Floating Skyscrapers is LGBT. Both those elements are contributing factors to their release.

But they also get really small distribution.

Yes, they get small releases but the UK is one of the most difficult markets in Western Europe to release foreign language films. If you’re not the big foreign language film from Cannes, Berlin or with a core niche like LGBT there’s no market for you in the UK. Generally speaking I don’t think British audiences are really into subtitles and there isn’t as much an appetite for foreign language films unless (compared to our French counterparts for example) it’s a big award winner. So in terms of diversity for films coming out in the UK I think it’s behind the rest Europe. There’s assumption in some countries that film is art and culture. In the UK it’s commerce, it’s purely commercial motivation. For art house cinema, the experience is somewhat elitist, middle class as they say.

Possibly. You don’t just expect people to go see difficult small arty, foreign language subtitled movies. It’s not something people just wake up to one day and go to. I think there’s a huge requirement of film education. People need to be exposed to it, on TV, at school etc. I’ve taught at a few film schools and when I look at the foreign language cinema courses they’re always going to be – Almodovar, Wong Kar-Wai, Makhmalbaf – big names, big celebrity type. The introduction to Brazilian cinema will always be City of God. In the same way I don’t think looking at the biggest Polish directors is a fair reflection of Polish cinema. I think there’s a lot more at play. When we compare to music/theatre for example, young audiences are being addressed, and tickets are being subsidised (remember, cinema tickets in the UK are about 15 EU) so that younger generations aren’t lost (like in Broadway). Young people are being taught instruments because the statistics show they are more included to go listen to (non-mainstream) shows when they grow up. But film is not being addressed in the same way and in Europe our audiences are not growing but growing older every year.

Do you ever choose the film being suggested by its’ nationality?

I don’t think we specifically ever pick a film because of nationality, though some do look for these, because of national grants for sales agents. However, we do look to diversify our line-up as much as possible. If we have too many films from one nationality, or genre, people can tend to compartmentalise you, which is not a good area to be in. In the same way, buyers want choice, and our whole raison d’etre is to offer diversity and choice, to distributors or to festivals for example. Right now I’d love to spread out our line-up geographically, for sure.