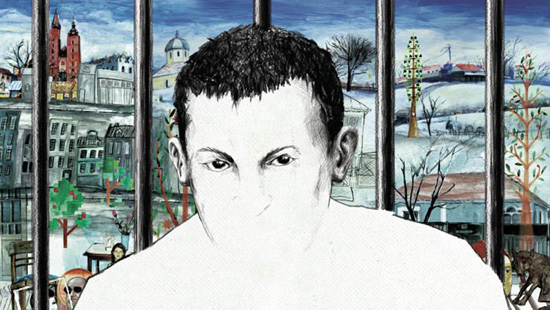 August 7 will mark the world premiere of the Polish-Romanian co-prodution Crulic – droga na drugą stronę (Crulic) at the Locarno Film Festival. Crulic, directed by Anca Damian, will screen in the festival’s Main Competition.

Crulic is a combination of animation, documentary, and fiction. The storyline is based on real events that took place in 2007 and 2008 when a Romanian prison inmate named Claudiu Crulic died as a result of a four-month hunger strike in a Krakow prison cell. Accused of robbery, Crulic protested against the dubious, as he claimed, basis for his arrest and tried to draw attention to his pain by launching a hunger strike that eventually led to his death. The filmmakers have stated that this appalling story from newspaper headlines was merely a starting point for the plot of Crulic.

The film’s co-producer on the Polish side is the Magellan Foundation, with Arkadiusz Wojnarowski acting as the Polish producer. Crulic was co-financed by the Polish Film Institute and the Regional Film Fund in Krakow. The film’s postproduction was handled by Alvernia Studios.