On June 13, Eglė Vertelytė’s debut film Miracle – first screened at the Toronto International Film Festival – was awarded the Silver Crane for the best feature film of the year at the 11th Lithuanian Film Academy Awards. Vertelytė also received the prizes for the best writing and directing, while the award for the best acting went to Eglė Mikulionytė who appeared as the lead actress in the Cud (Miracle).

Vertelytė’s tragicomedy Cud (Miracle) which transplants the viewer back to the first years of independence from the Soviet Union has already gained international acclaim. It has toured a dozen or so festivals and is currently distributed in France, the USA, and a number of Asian countries.

The cast includes Polish actor Daniel Olbrychski, Egle Mikulionyte, Andrius Bialobzeskis and US based Vyto Ruginis. Lukas Trimonis is producing through Luthuania’s InScript in coproduction with Pavlina Jeleva through Bulgaria’s Geopoly and the financial participation of Poland’s Orka Postproduction Studio. The project was supported by the Lithuanian Film Center, the Bulgarian National Film Center, Eurimages and the EU Media programme. 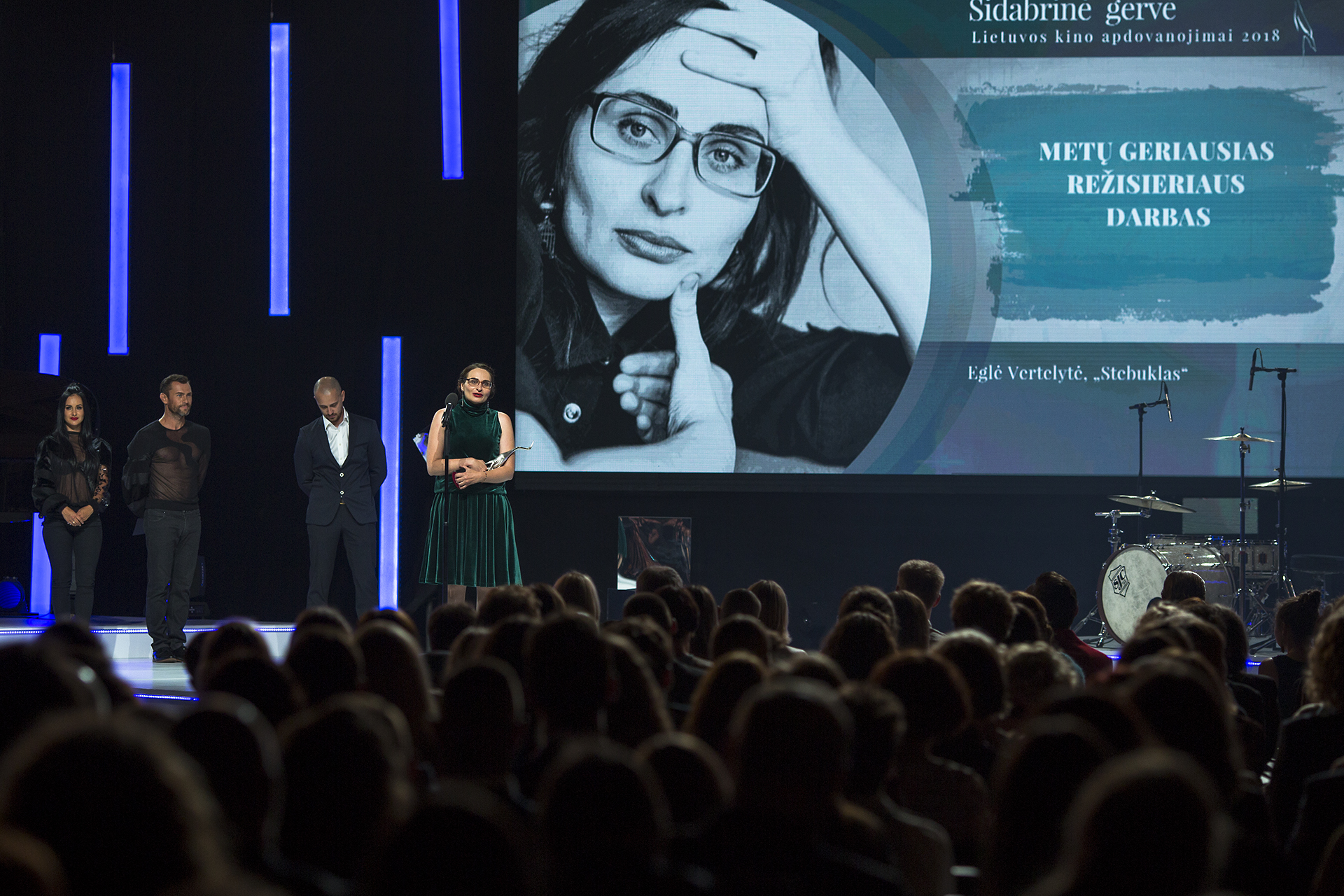 Before the ceremony, the guests including celebrated filmmakers such as Krzysztof Zanussi, Sergei Loznitsa, Audrius Stonys, Giedrė Žickytė, Sharunas Bartas, Kristijonas Vildžiūnas and Arūnas Matelis, voiced their support for their Ukrainian colleague filmmaker Oleg Sentsov who is currently suffering an unjustified imprisonment in Yakutia, Russia. This was done in unison with the European Film Academy’s efforts to free the innocent filmmaker.

Meanwhile, the women of the Lithuanian film community followed the example of the Cannes Film Festival and took a group picture representing the unity of all women against discrimination, violence and sexual harassment, as well as their common aspiration towards equal rights.

All of these events as well as the national and global recognition of debuting filmmakers signals a promising future for the Lithuanian cinema marked with positive change.