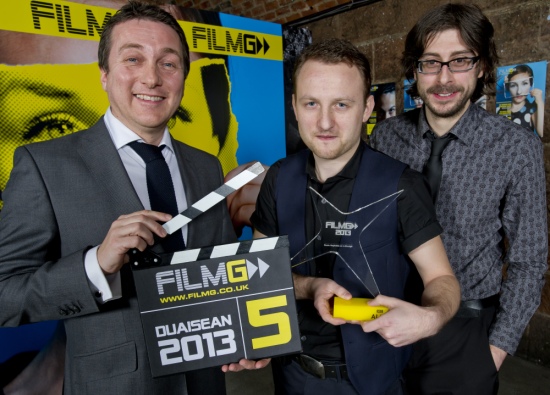 The People’s Choice Award in the fifth edition of the FilmG competition, organized with support from the BBC and Cànan, went to Dariusz Sipowski, a Polish director based in Scotland. FilmG is a competition for short films made in the Scottish Gaelic language.

Dariusz Sipowski is a Polish director based in Scotland. His film Blas a’ Bhruadair received the People’s Choice Award. The FilmG competition was organized with patronage from the BBC and Cànan.

Blas a’ Bhruadair is a Scottish Gaelic language documentary film. It consists of short interviews with children from the Glasgow Gaelic School, where they answer two questions: ‘Who are you?’ and ‘What do you want?’. The footage was filmed on December 14, 2012, only hours before the Sandy Hook school massacre in the USA. As a result, the original script was altered to include a commentary on those tragic events.

Award for the Child Protagonists

The awards ceremony was held on March 22 at The Arches in Glasgow. “I am sorry that I don’t speak Gaelic. But I think that this award should really go to the children. And what is important, not for having their dreams come true someday, but for the fact that they have dreams. I want to thank the children of the Glasgow Gaelic School. Thank you,”said Dariusz Sipowski in his acceptance speech.