Dziennik z podróży (A Diary of Journey) by Piotr Stasik

The story of acclaimed Polish photographer Tadeusz Rolke. The great master’s career is shown through his friendship with his 15-year-old apprentice. Director Piotr Stasik’s previous works include the documentary Koniec lata (The Last Day of Summer), for which he received the Grand Prize in the Short Documentary Film Competition at the Plus Camerimage Film Festival.

The project will be presented in Krakow by director Piotr Stasik and producer Ann Gawlita (Kijora).

Kinga Gałuszka says the following about Stasiuk’s film: “Tadeusz Rolke is a legend in the world of Polish photography. His photos are excellent, lyrical, funny, and sexy works that document life in Poland between the 1960s and 1980s. How is it possible that only one album of his works has been published to date? How is it possible that we don’t have the opportunity to discover the everlasting charm of these photographs at retrospective exhibitions? It’s a good thing that it is Piotr – a friend of Rolke’s – who is making this film. He takes a look at the old works of his master, while examining him as a person, too. Being a friend and guest of his master, that is an extraordinary mission.”

Marta Sikorska: “I’ve had a keen interest in the history of photography for many years and I must admit that the works of Tadeusz Rolke have always been very special to me. They are full of class. His works can easily be presented alongside such classic photographers as Henri Cartier-Bresson, Richard Avedon, or Helmut Newton. I think that anyone who would want to make a feature film about the 1960s in Poland should first examine the works of Tadeusz Rolke. I am very glad his works will now become accessible to a wider audience. I hope to learn from Piotr Stasik’s film about the kind of teacher that Rolke has been. The film trailer moved me deeply.”

Made within the “Guide to the Poles” series, The Art of Disappearing is the story of a voodoo priest visiting Poland in the days immediately preceding the introduction of martial law, and the latest film by Bartek Konopka, nominated for an Academy Award in 2010 for his documentary Królik po berlińsku (Rabbit a la Berlin), and by Piotr Rosołowski, co-write of Rabbit a la Berlin and acclaimed cinematographer working on documentary and feature films.

At Docs to go!, the project will be presented by directors Bartek Konopka and Piotr Rosołowski, and by producer Anna Wydra (Otter Films).

Kinga Gałuszka: “The social and political changes in Poland of the late 1980s and the motivations of the Polish people can be seen from different angles. Many different angles. If someone else had told me about a Haitian voodoo priest who comes to the concrete-block Poland of the martial law era, I would have thought it’s a joke. But if the story is being told by the Konopka-Rosołowski duo, then I assume it is not a joke, even if it is funny. I don’t simply assume, in fact I know that the effect will be charming, intelligent, and original.

Marta Sikorska: “I discussed this film with Piotr Rosołowski when he participated in the Ex Oriente Films workshop. He told me then that it would be ‘an incredibly complicated film, combining documentary and feature original material with a large selection of archive footage.’ I believe that this will be an intriguing work, made with their trademark twist. 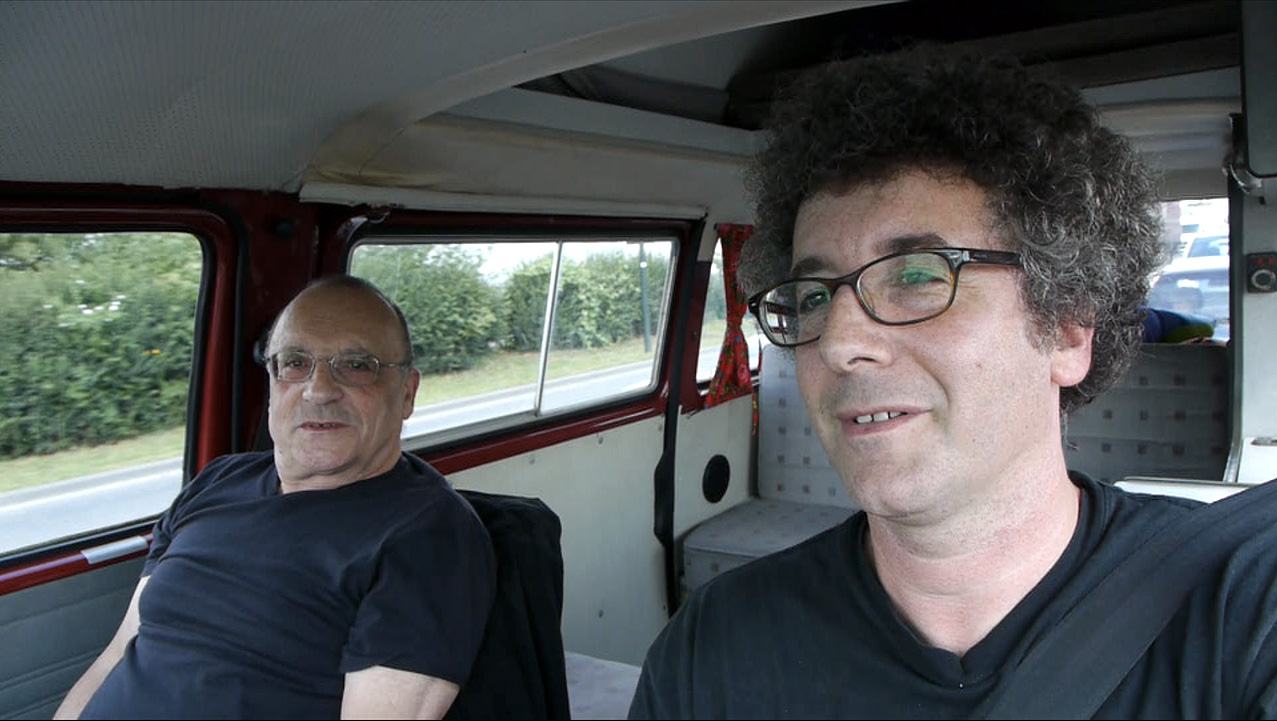 Kinga Gałuszka: “I expected everything and nothing at the same time. Both mean exactly the same thing – a growing appetite for an incredible surprise and an expectation of a grand event. The film presence of both gentlemen – Marcel and Paweł – will probably be somewhat self-mocking, moving, funny, perhaps even painful and illuminating. I wonder whether it takes a special type of courage to make a film with one’s father, and not only take him on a sentimental journey, but also  spend months together afterwards in the editing room. I believe it does. But love does not care for cowards.”

Marta Sikorska: “A film made together by two classic Polish documentary filmmakers, focusing on their personal relationship? Airing out dirty laundry or mocking one another? Being honest or pretending to be someone we’re not? An interesting way of looking at the lives of acclaimed filmmakers, the way one would examine a butterfly trapped under a glass jar? Or perhaps a tale in which we will see a reflection of ourselves? One thing is certain: this film by the Łoziński duo will take us into unexpected territory.

Fuck For Forest by Michał Marczak

A portrait of the Fuck For Forest group who try to combine their hedonist practices with a programmed aimed at saving the Amazon rain forests. The project’s international sales agent is the UK-based Dogwoof company. Fuck For Forest is the latest project by Michał Marczak, author of the award-winning (including Hot Docs in Toronto and Visions du Réel in Nyon) debut documentary Koniec Rosji (At the Edge of Russia).

At Docs to go! the project will be presented by director Michał Marczak and producer Mikołaj Pokromski (Pokromski Studio).

Kinga Gałuszka: “After his first documentary Koniec Rosji (At the Edge of Russia), which was rather urbane and, according to some, slightly enamored with the classics, Michał Marczak now ventures into completely different territory. He takes a look at people whose political credo is that ‘sex can save the world’. I am interested in seeing what this sentence means according tho the sensitive Marczak, and I am even more curious of his characters, whose life choices could mess with the heads of many a viewer.

Marta Sikorska: “I was looking forward to Michał Marczak’s new project and I am very glad that it is becoming a reality rather quickly after his acclaimed Koniec Rosji (At the Edge of Russia). This time, having seen just a few frames of Fuck For Forest, I am under the impression that Michał Marczak will take us on an even more exotic and wild journey. I know that audiences are eagerly awaiting Michał’s new film. The teaser for Fuck For Forest has had over 4,700 views online over a period of eight days.”

A film documenting the journey of the painting of Our Lady of Częstochowa, also known as the “Black Madonna”, across Poland. The film’s director Marcin Janos Krawczyk presented his previous works at a number of film festivals, including Berlin and Toronto. His short documentary 6 tygodni (Six Weeks) received a prestigious award at the IDFA film festival in Amsterdam.

Matka 24 h will be presented in Krakow by the film’s director and producer Marcin Janos Krawczyk (Janos Film Production).

Marta Sikorska: – Matka 24 h promises to be a film somewhere between religion and art, deep faith and ceremonials. I hope to see an incredible record of the spirit of the Polish Catholic. In this case I expect a tasteful and equivocal film.

A film about the fates of the women from the Karen tribe of Burma.  These women sacrifice their health to the beauty ritual that has been their tradition for hundreds of years. The director is a journalist and writer. Her previous film Modelki (Models) received an award at the ‘Integracja Ty i Ja’ International Film Festival.”

At Docs to go!, the project will be presented by director Monika Pawluczuk and producer Katarzyna Ślesicka (Wajda Studio).

Kinga Gałuszka: “A last minute entry. I was happy to invite this project to Krakow, charmed by the subtle and melancholic rhythm of the struggle of the Burmese woman, her longings, her love, which I found less foreign or exotic than I may have expected. The camera is close, inside her house. Outside, in the pouring rain, looms the nightmare of the Burmese junta.

Marta Sikorska: Polish director Monika Pawluczuk takes a stand in the international discourse on women’s rights. I hope that Birmańskie obręcze (Rings of Burma) is able to combine the subtlety and the courage to speak on behalf of those who suffer. Their drama, though taking place in distant and exotic scenery, becomes very close to our hearts.”

Six Degrees drew inspiration from a theory by Stanley Milgram that focuses on the claim that we are connected to every person in the world by a maximum of six interpersonal relations. The crew will select the first and last (seventh) character of the film in a draw, and will subsequently set out on a journey to discover the connection between them. Director Bartosz Dombrowski has collaborated with such filmmakers as Michael Glawogger, Christopher Doyle, Robert Glinski, Bill Butler, and Janusz Kondratiuk.

The film will be presented in Krakow by director Bartosz Dombrowski and producer Anna Wydra (Otter Films).

Marta Sikorska: “An extraordinary idea that was easy to doubt at the beginning. But the project’s scale is incredible; it becomes important to everyone who believes that fate ties us to other people in unexpected ways. I hope that Six Degrees can become a warm and moving, but not tear-jerking, story about soul mates across borders.

Made over the course of eleven years, this film is the story of a group of people who live and work at one of Russia’s many landfills. Director Hanna Polak (nominated for an Academy Award in 2005) focuses on the fate of one of the inhabitants of this landfills, observing their ups and downs.

At Docs to go!, the project will be presented by director and producer Hanna Polak.

Kinga Gałuszka: “I had the opportunity to see excerpts from this unique film several months ago. It does not suffice to say that I admire the dedication and resolve of Hanna Polak and I am glad that over the years she never changed her mind, she never gave up, she stayed with her characters. Who were we eleven years ago, when Hanna began filming the homeless kids of the Moscow landfill? I don’t remember exactly, but the feeling that these kids grew up with us – in a very different and much faster way, in that terrible hell of poverty – was unsettling. To see the adult Jula, that adolescent beauty from the landfill, to watch her experience this difficult life – for many of us, ironically, can be a beautiful and enlightening experience.”

Marta Sikorska: “It makes me glad to see that Polak has not stopped observing the world. Not only that, but she is already winning awards while presenting her project – Zvalka has received recognition in Prague and Toronto. I hope to see an intelligent and moving film that will give me hope for a better world. Not today, not tomorrow, but perhaps someday, perhaps in another eleven years?”

A documentary about a Hasidic Jew filmed by a gentile. Meir Moszkowicz has been coming to Gorlice for 30 years. His mission is to renovate the tomb of a beloved Tzadik and to build a road to the Jewish cemetery. This film by Zuzanna Solakiewicz is a story about the meaning of life and miracles versus the very real challenges that life has in stock for Meir Moszkowicz. Jorcajt (Yorzeit) is the documentary debut by director Zuzanna Solakiewicz and cinematographer Gregory Zvika Portnoy. 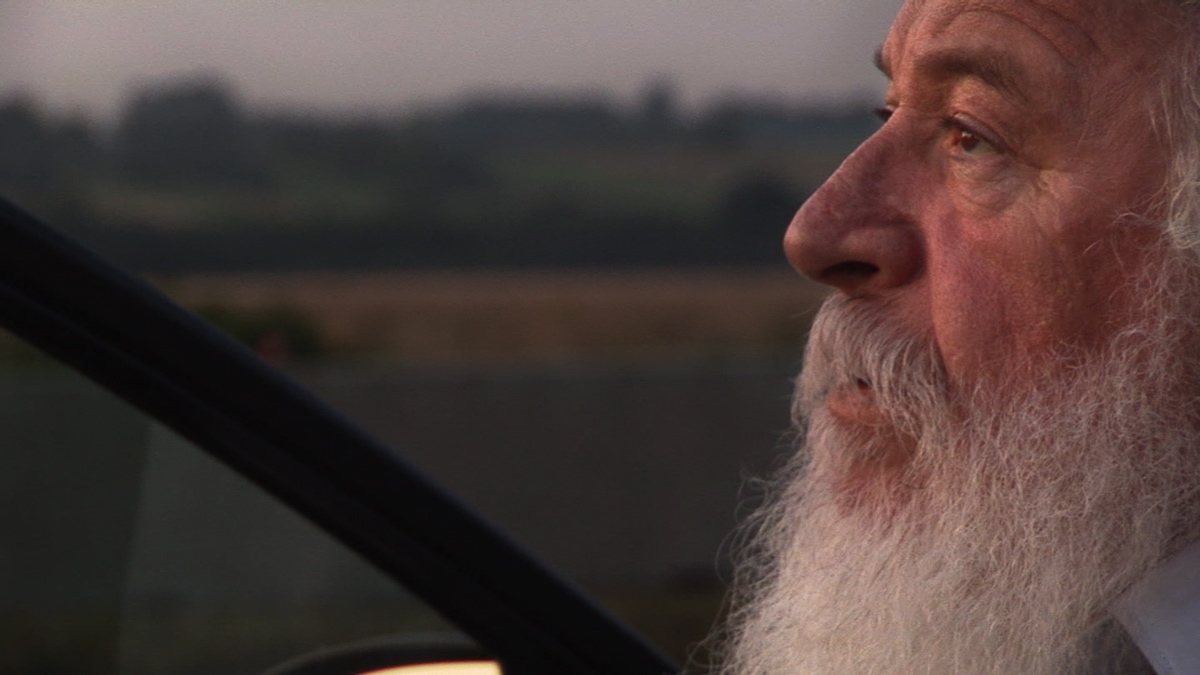 At Dosc to go!, Jorcajt will be presented by director Zuzanna Solakiewicz.

Kinga Gałuszka: “Nothing makes me happier than beautiful, deep, and original documentary films. The fact that this is such a successful debut film makes me even happier. I cannot imagine audiences not sharing the admiration that Solakiewicz has for her character and his life – a life that is joyful, happy, and complete. I can imagine the exceptional rhythm of this film and the talent of its director taking us far beyond the realms of what we know.”