Excellent Reception of "The Lure" at Sundance FF

Córki Dancingu (The Lure) by Agnieszka Smoczyńska had the excellent reception at the Sundance Film Festival 2016. The feature debut co-financed by the Polish Film Institute screens in the World Dramatic Cinema Competition. 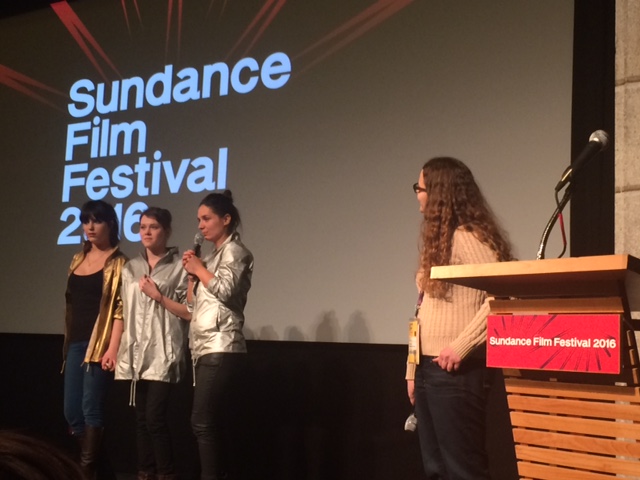 The first screening of Córki Dancingu (The Lure) took place on January 22. On January 24 the feature debut co-financed by the Polish Film Institute had its international premiere. The film will screen also on January 26, 28 and 30. 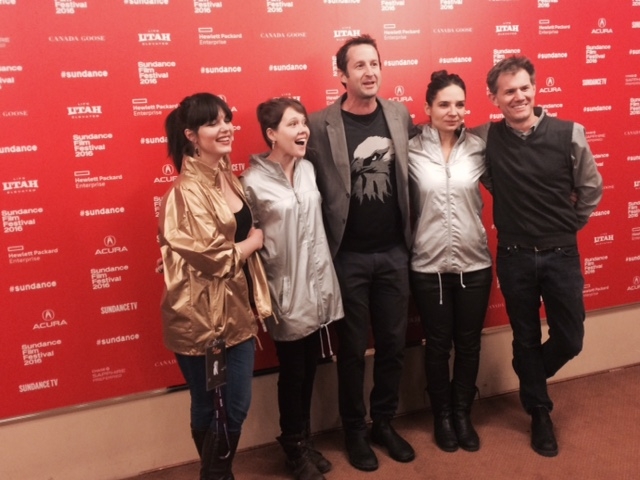 We read in the review by Justin Lowe in The Hollywood Reporter “Agnieszka Smoczynska’s fearless debut feature is the sort of exotic siren call that festival and art house audiences are most likely to heed. […]The castmembers leave little doubt that they’re completely committed to Smoczynska’s vision, especially Mazurek and Olszanska […] the filmmakers’ enthusiasm for their characters and the vanished period setting is palpable, asserting a certain fatalistic charm of its own,”

PopOptic – The Lure Is Like Nothing You’ve Seen Before

Before the Sundance Film Festival the internet magazine PopOptic put Córki Dancingu (The Lure) on the list of 10 most anticipated films from Sundance 2016.

In the review The Lure is a Fevered Masterpiece J.K. Rinnars writes “With its fever-dream urgency, pulsating soundtrack, and striking imagery, The Lure is like nothing you’ve seen before. Polish director Agnieszka Smoczynska packs her demonic creation with enough energy and originality to overwhelm even the most adventurous cinephiles,”

PopOptic praises Córki Dancingu (The Lure) for its soundtrack “At the heart of The Lure is one of the most amazing soundtracks in recent memory […] Like the beguiling call of the siren, The Lure uses music to enthrall you,”

According to J.K. Rinnars “The Lure is adventurous, boundary-pushing cinema that will inspire young filmmakers and enchant suggestible viewers,”

Alexander Ortega in his review of the film in Slug Magazine compares Córki Dancingu (The Lure) to Twin Peaks, The Forbidden Zone, Grease, Ministry and Rose McDowall “I never considered that I’d see a musical at Sundance, but I now have, and The Lure proves to be a batty one. […] Smoczyńska’s feature-length debut is a hit. She superlatively employs campy tropes-through musical numbers, bawdy dad jokes and so on-and allows Silver and Golden to dazzle the screen with their beautiful mermaid singing voices and snarling cat fights with protracted fangs and dilated pupils,” writes Alexander Ortega.

Dominick Suzanne-Mayer from the internet magazine Consequence of Sound writes “The Lure is all style and madness, a wild overture into a rather common tragedy of relationships […] But what Smoczyńska understands, like the best filmmakers dabbling in the musical genre, is that the greatest strength of spontaneous performance is the emotional catharsis it offers,”

The Film Stage – A Compelling Fairytale

“A compelling fairytale wrapped in an 80’s rock opera, Smoczynska offers up plenty details to admire from start to finish. Clever world-building touches include the sonar language through which the sisters secretly communicate, the anatomy of their tails and the mechanics/rules of removing said tails. Not to mention the wonderfully over-the-top production design,” writes Dan Mecca in his review on The Film Stage website.

Rob Hunter from Film School Rejects writes “Director Agnieszka Smoczynska, working from Robert Bolesto‘s script, delivers a film filled with surprises that alternate from the amusing to the grotesque,” According to Rob Hunter Córki Dancingu (The Lure) “Is the beautifully-shot tale too with the production design capturing the spirit of ’80s Poland while Smoczynska and cinematographer Jakub Kijowski offer up gorgeous, picturesque shots and scenes. The film’s energy is tightly controlled to roll across the screen in waves as we cycle between terror, comedy, and just plain nuttiness,”

The World Premiere of All These Slepless Nights 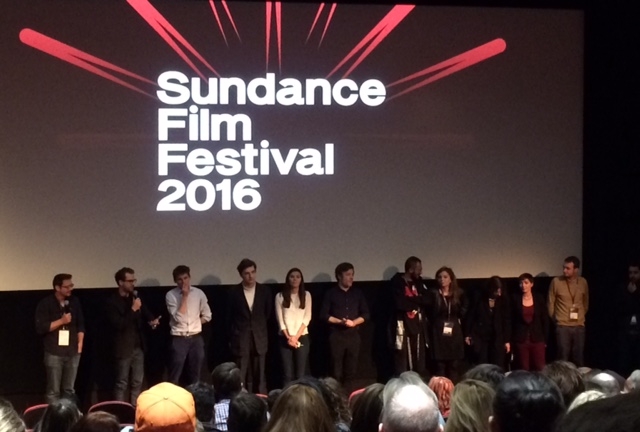 The crew of Wszystkie nieprzespane noce (All These Sleepless Nights) during the world premiere at Sunadnce Film festiva, photo by Olga Domżała, Polish Film Institute

On January 23 in the Temple Theatre the film Wszystkie nieprzespane noce (All These Sleepless Nights) by Michał Marczak, co-financed by the Polish Film Institute, had its world premiere. Michał Marczak’s film screens in the World Cinema Documentary Competition, also on January 28 and 29.

More about the Polish presence at Sundance Film Festival 2016 at en.pisf.pl/news//polish-films-in-2016-sundance-lineup.