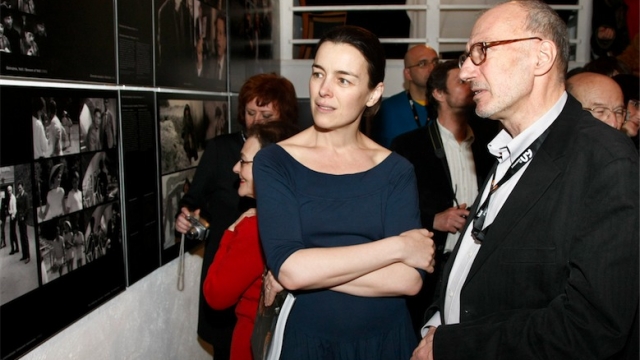 The exhibition was opened by Maciej Karpiński, representative of the General Director of the Polish Film Institute for International Issues. When asked for a comment, acclaimed German director Volker Schlöndorff, who also attended the opening, said: “It was very interesting to see this collection. I’ve been admiring Roman Polański ever since I was 20 years old. We used to say that he alone represents the entire talent of Europe”.

The Roman Polański. Actor. Director exhibition was organized by the Museum of Cinema in Łódź.
It consists mainly of photos from the sets of Polański’s films (from Roman Polański’s own archive), and other material received from friends of the director.

Krystyna Zamysłowska and Piotr Kulesza are curators of this exhibition.

After the Berlin presentation, the exhibition will move on to the Museum of Cinema in Düsseldorf, where it will be accessible to audiences from February 27 to May 16, 2010.