Great Response to "United States of Love" at Berlinale

Zjednoczone Stany Miłości (United States of Love), a film directed by Tomasz Wasilewski and co-financed by the Polish Film Institute, received the Silver Bear Award for Best Screenplay at this year’s Berlin International Film Festival, which closed on February 21, 2016. Even before the jury verdict was made public, the film received positive reviews throughout the media. Many film critics and journalists noted in their festival pieces that Zjednoczone Stany Miłości (United States of Love) was a strong awards contender. 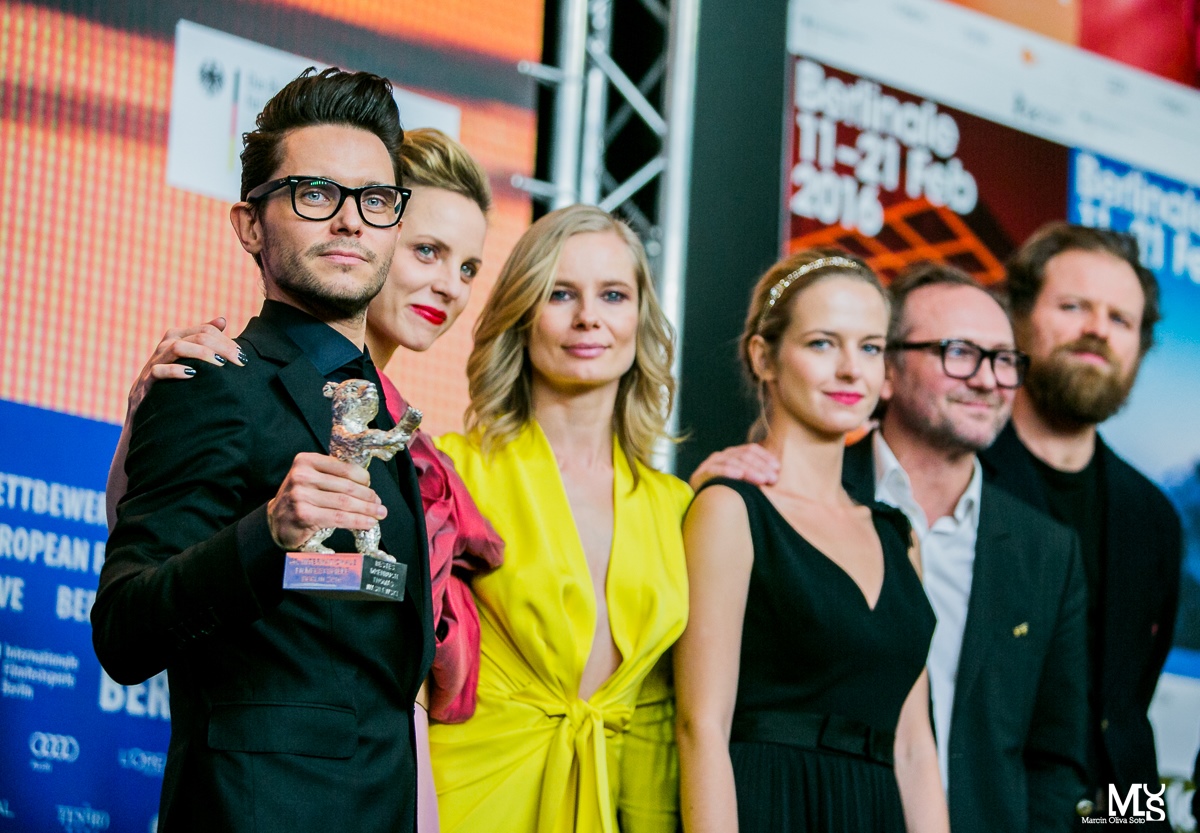 The cast and crew of Zjednoczone Stany Miłości (United States of Love) with the Silver Bear for Best Screenplay at the 66th Berlin IFF. Photo by Marcin Oliva Soto

“This is by far the boldest film in this year’s competition. A film with its own visual style that is distinct and does not let the audience remain indifferent,” wrote Barbara Hollender for Rzeczpospolita before the jury verdict. Following the awards ceremony, Hollender wrote in her subsequent piece on the festival: “This year’s winners are a documentary and a feminine story by Tomasz Wasilewski. […] Tomasz Wasilewski succeeded at this year’s Berlinale […]. Berlin tried to see in Zjednoczone Stany Miłości (United States of Love) a tale of political transformation and traces of communism. But I think that this is mostly a film about women and about the absence of love.”

“This seemed impossible up until recently. Polish films (and by young filmmakers, not by the traditional masters of Polish cinema) in Berlin’s competition two years in a row? And two Silver Bears in a row? And Małgorzata Szumowska in the jury with Meryl Streep and Clive Owen? A sight not to be forgotten for years to come,” wrote Paweł T. Felis in his piece for Gazeta Wyborcza. Even before the jury verdict, in a review published immediately following the film’s premiere, Felis wrote that Tomasz Wasilewski’s film is one of the best entries in this year’s competition.

Polish Cinema Is in Great Shape

“This year’s Berlin IFF restored our faith in cinema and in humanity. Polish filmmakers once again made their presence in Berlin visible. […]. This award serves as proof that Polish cinema is in great shape. There hasn’t been a single festival in recent months that did not feature a Polish entry. […]. Critics agree that this year’s awards have gone to the authors of the best competition entries, one of whom was 35-year-old Tomasz Wasilewski,” writes Artur Zaborski in his piece for www.film.wp.pl.

A Film for Niche Distributors and Festivals 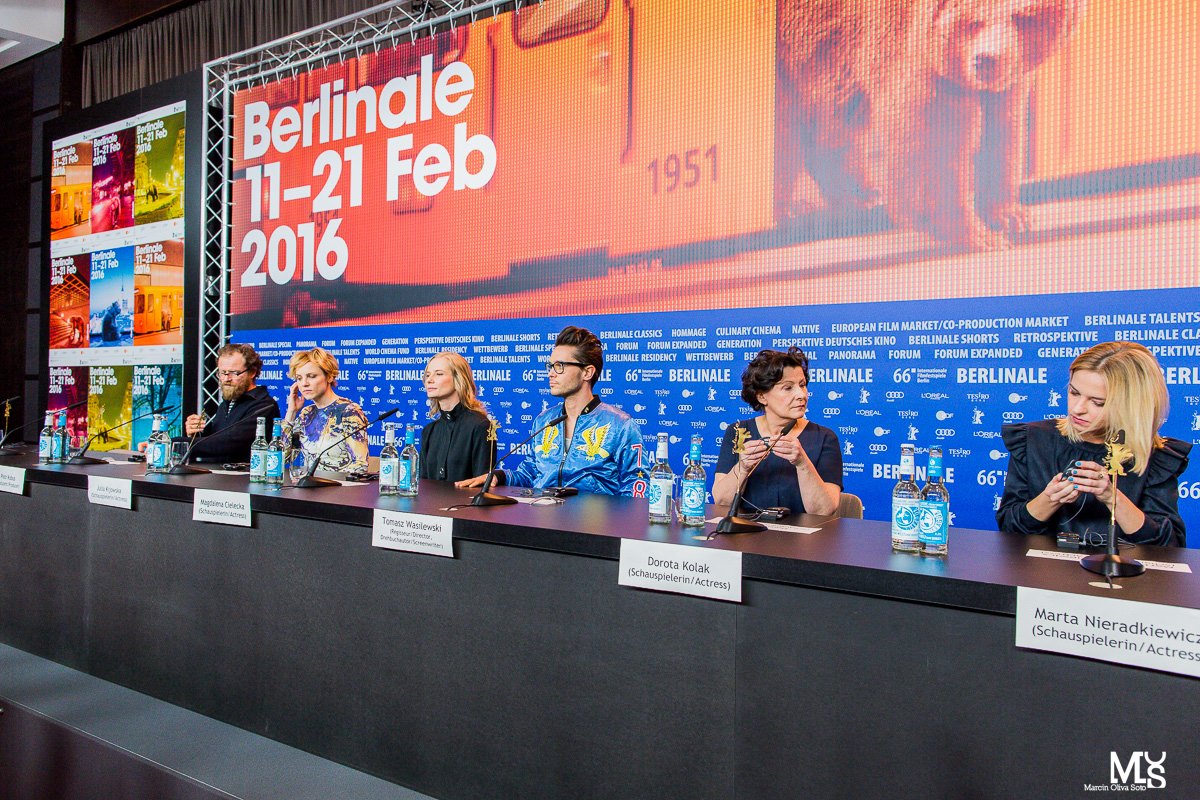 The team behind Zjednoczone Stany Miłości (United States of Love) at the film’s press conference during the 66th Berlin IFF. Photo by Marcin Oliva Soto

Writers for The Hollywood Reporter and Screen Daily noted that Zjednoczone Stany Miłości (United States of Love) could appeal to arthouse audiences.

“The Confident Work of a Fast-Maturing Young Filmmaker”

Toute la Culture also notes the many merits of Poland’s competition entry, focusing on its austere aesthetics, which evoke thoughts of the period of political transition.

A Portrait of Women; Polish Actresses Succeed in Berlin

According to Artur Zaborski, the Berlinale grapevine before the jury verdict noted talk of a group acting award for Magdalena Cielecka, Marta Nieradkiewicz, Julia Kijowska and Dorota Kolak. The performances of this Polish ensemble were noticed by many film journalists and critics. 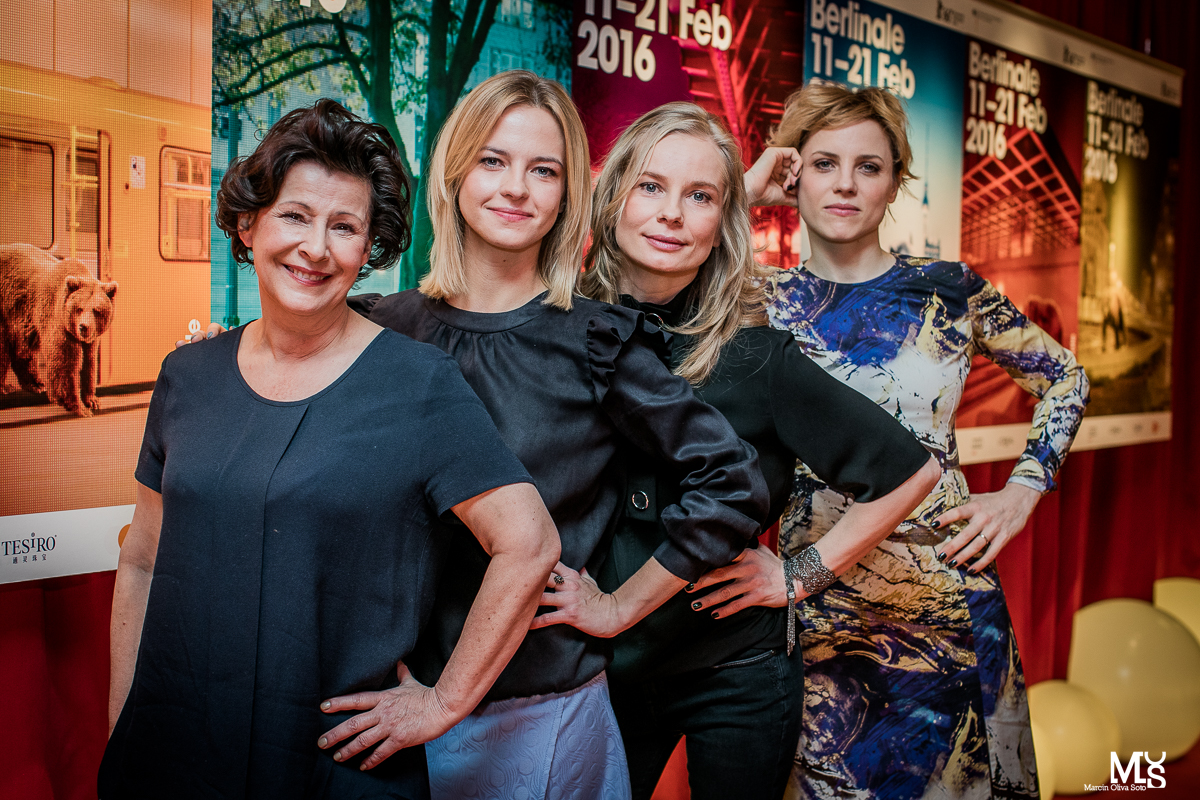 “All four actresses deliver strong performances: Kijowska and Cielecka have a controlled, brittle intensity, while Kolak’s projection of loneliness is even more overwhelming, as if unsorted emotions have suddenly risen to the surface and Renata doesn’t know how to decipher them. Marzena may be the most pathetic figure of all, perhaps because her youth, beauty and energy offered so much promise: Nieradkiewicz holds the character together to the truly bitter end,” wrote Jay Weissberg for Variety.

“United States of Love is a coolly compassionate depiction of the raw deal suffered by women during recent Polish history […]. Painting three of its four main characters as emotionally unstable stalkers, it is not exactly a bold feminist statement, but a multi-generational all-female ensemble piece is still a rare pleasure. Wasilewski’s screenplay would pass the Bechdel test with honours,” wrote Stephen Dalton for The Hollywood Reporter.

“Wasilewski […] asks a lot of his thespians, demanding acts of incredible courage; he crosses the boundaries of their intimacy without a hint of embarrassment. And that leaves an impression. All four actresses deliver focused, restrained, excellent performances; most notably Julia Kijowska as the tightly-wound Agata, and Dorota Kolak, who hypnotizes us with her illusory calmness,” wrote Jakub Popielecki in his review for Filmweb.

In a piece for Dziennik Polski, Artur Zaborski wrote the following: “It should be said with pride and no sense of false modesty that an award for this film was to be expected. Not because it was a festival favourite that captured everyone’s hearts. It was rather a breath of fresh air in Berlin’s competition. This story, told through cool, austere images, shows how the approach to cinema has changed in today’s young Polish filmmakers (Wasilewski is 35 years old). It is also proof that the most interesting stories are often those from our own backyard. Wasilewski has said in interviews that the portraits of his protagonists were created based on women he remembers from his childhood. There was talk in Berlin of a joint acting award for Magdalena Cielecka, Marta Nieradkiewicz, Julia Kijowska and Dorota Kolak, but instead the jury recognized the screenplay, which Wasilewski wrote himself. This filmmaker is truly becoming an auteur with incredible cinematic sensibility.”