The short feature film Hanoi-Warszawa (Hanoi-Warsaw) by Katarzyna Klimkiewicz received a nomination for the European Film Awards in the Short Feature Film category.

Hanoi-Warsaw is the story of a young Vietnamese woman who crosses the border into Poland illegally, then tries to make it to Warsaw to reunite with her boyfriend. The film was made as part of a competition organized by the Kino Polska TV channel. It was co-produced by Mastershot Studio, the Film 1.2 Association, the Polish Filmmakers Association, and Munk Studio.

The nomination for Hanoi-Warsaw came from the jury of the 33rd Norwegian Short Film Festival in Grimstad, which closed today. It is customary that several EFA nominations are awarded throughout the year at fourteen key events for short films. 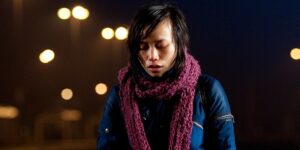