Impressions of Producers on the Move 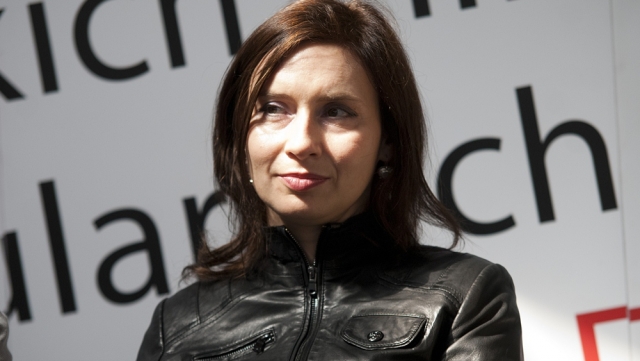 We interviewed Marta Plucińska, producer of Przebacz (Facing Up) by Marek Stacharski and Mój rower (My Father’s Bike) by Piotr Trzaskalski, the latter of which premiered recently at the 37th Gdynia Film Festival.

Plucińska was the Polish participant at this year’s edition of the prestigious international Producers on the Move programme, a meeting of promising young producers organized during the Cannes International Film Festival.

Polish Film Institute: Producers on the Move is aimed at networking within the film industry. Do you consider a contacts network to be a producer’s most important tool?

Marta Plucińska: Of course! I couldn’t make even the best of projects without good contacts within the industry. Whether it’s an artistic project or a mainstream film, I have to convince (usually at the screenplay stage, if not the treatment) a whole range of people who need to fall in love with the project and want to dedicate themselves to making it a reality.

At this year’s Producers on the Move meeting, I met 23 European producers working on exceptional and creative projects. For three days, we experimented with potential for co-operation. Before the meeting, we watched each other’s films and shared our artistic accomplishments.

In Cannes, we constantly talked to each other – during the Face to Face pitching sessions, the ’round table’ presentations, and during shared meals. Psychologically and artistically we are very diverse. And that’s the most amazing thing about it!

What would you say is the most important lesson you bring back from this experience?

It was only three days of discussions! That’s not nearly enough to feel real satisfaction about a meeting that dealt with so many creative projects. But at the same time, it was a wonderful three-day opportunity that serves as a prequel for future co-operation. A few of the participants and I will try to work on international co-productions. Regardless of the business situation, next year we will be invited to the annual Producers on the Move programme reunion in Cannes, where we will once again meet in the festival atmosphere. There is good reason why this programme is organized during the Cannes film festival – Europe’s largest co-production market.

Most importantly, Producers on the Move gave me strength and built faith in my projects. I was able to find partners to work on their development and build international co-productions.

Can you tell us more about these projects?

Currently we have four co-production projects in the development stage.

One project, based on a book entitled “Pusta woda” (Empty Water), is the true story of an escape from the ghetto and the Auschwitz concentration camp. The books author and main character, Krystyna Żywulska, survived the horrors of the Second World War. After the war, she became a songwriter and cabaret author. She was much like Agnieszka Osiecka, older by a decade, yet full of a similar extraordinary sense of humour. In our movie, she will be a female James Bond, an ironist with a zest for life. This project is a great challenge; we want to tell our story as a very dark comedy.

The second story, entitled “Pierwszy dzień w szkole” (First Day of School), focuses on the tragedy of the children locked and held at gunpoint at the Beslan school in Chechnya on September 1, 2004. A very difficult and inspiring project. The film will be directed by Cannes award-winner Maciej Dejczer.

The two remaining projects are contemporary stories: a comedy and a drama, just to keep things level. Each of these four projects, especially “Pusta woda”, was met with great interest in Cannes.