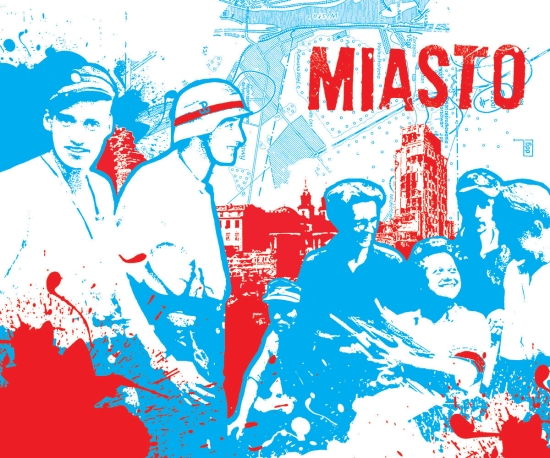 Miasto, the new film by Jan Komasa, is scheduled to begin filming in May 2013. The film is set in the time of the Warsaw Uprising of 1944, but the focus of the plot will not be on history. Lensed by cinematographer Paweł Edelman, the film will centre around young people, their lives, their struggle, and love. The filmmakers discussed the project at yesterday’s meeting at the Warsaw Uprising Museum.

“We will tell the story of a love triangle between Sebastian and two girls – Kama and Biedronka. Throughout the film we will follow their story and that of their friends from the real-life “Radosław” combat group that began fighting in the Wola district of Warsaw and slowly made its way through the city to the district of Czerniaków. They are forced to make difficult decisions, often due to traumatic experiences. Because this is also a story about hate and jealousy. The film will be structured to make districts form into chapters. Ever since my piece in the Oda do radości (Ode to Joy) film, I always wanted to make films that would focus on a particular subculture; here I treated the uprising participants as a sort of subculture,” said Jan Komasa at the beginning of the meeting.

“My protagonist does not come from a patriotic family. She joins the underground movement mainly because her friends are members as well. She also wants to be with the man she loves. She isn’t really aware of what she is getting into and how this will change her,” said Anna Próchniak, who plays one of the lead roles.

A Contemporary Take on History

“I wrote the first draft of this screenplay several years ago,” said Komasa. “When I came back to it after making Sala samobójców (Suicide Room), it turned out that nobody really liked it. That’s when Maciek Pisuk and I sat down to work on it again, and we reworked the text. We plan to start shooting in May next year.”

“As a producer, I make a number of period films and I sometimes feel that it is possible to talk about history in a contemporary way. One element is essential for that: a young filmmaker,” said producer Michał Kwieciński. “This project is an exceptional challenge; it may well be the largest film I’ve ever produced. But I trust Jan completely. What was most important to me, and what is also important to him, is not determining whether the Uprising was necessary or not. It makes no sense to try to answer that question.”

“It was with gratitude and great interest that I welcomed the news of the making of a film about the Warsaw Uprising,” said colonel Edmund Baranowski, an Uprising veteran and honorary member of the meeting. “It is difficult to portray the psyche of our generation. Many of the events I read about in the script reflected my own experience from those days. I would really like the filmmakers to finish the film before August 1, 2014 – the 70th anniversary of the Uprising.”

“What strikes us most when we look at those events from todays perspective is the fact that it was a truly generational experience. I think it’s important to make a film that will show those events using a language that can be understood by today’s teenagers and people in their twenties. A language that will speak to them and draw them into the story,” said Jan Ołdakowski, director of the Warsaw Uprising Museum and host of the press conference.

Initial shooting, documenting the anniversary of the Uprising is currently under way at the Museum. “The ending of the film features a documentary sequence, in which we will show the anniversary celebrations. We want to show that 70 years later Warsaw is beautiful and has its wonderful museum. In this sense this marks the launch of filming of Miasto,” said Jan Kwieciński.

The Miasto film project is co-financed by the Polish Film Institute.