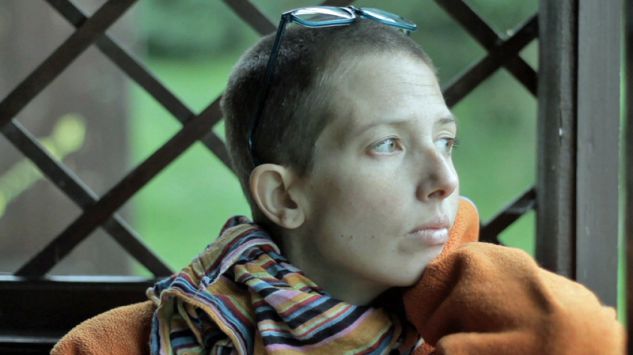 A still from Joanna. Photo courtesy of Wajda Studio

On November 12, nominations for the Cinema Eye Honors, one of the top awards in the world of documentary filmmaking, were announced at Copenhagen’s CPH:DOX festival. Among five titles nominated in the short film category is Joanna, a film directed by Aneta Kopacz and co-financed by the Polish Film Institute.

Polish Documentary Awarded Around the World

Joanna is nominated for the Cinema Eye Honors alongside four other short documentary films: Notes on Blindness, Hacked Circuit, One Year Lease, and The Lion’s Mouth Opens. Having received over 20 awards and screened at over 30 film festivals around the world, Joanna is one of this year’s most acclaimed Polish documentaries. Awards received include the Award for Best Short Documentary Film in Palm Springs, the Silver Eye Award in Jihlava, the Youth Jury Prize in Leipzig, Special Mention of the Jury at DocsBarcelona, the Audience Award at the Warsaw Film Festival, and many others. Most recently, Joanna has been shortlisted by the Academy of Motion Picture Arts and Sciences for the Best Documentary Short Subject Academy Award®.

The film was lensed by Łukasz Żal, one of the most talented cinematographers of the young generation. Music was composed by Academy Award® winner Jan A.P. Kaczmarek. Joanna was produced by Wajda Studio, co-produced by the National Audiovisual Institute, sponsored by Codemedia, and co-financed by the Polish Film Institute. Joanna was also developed within Wajda School’s DOK PRO Documentary Programme, led by acclaimed Polish documentary filmmakers Marcel Łoziński, Jacek Bławut and Vita Żelakeviciute.

Winners of the Cinema Eye Awards will be announced at a ceremony held on January 7, 2015 at the Museum of the Moving Image in New York City. Further details about the awards are available at: www.cinemaeyehonors.com.