Three projects by young filmmakers will receive funding from the city of Bristol, as city authorities are keen on promoting the city through its artists (Bristol is home to Aardman, the creator of the Wallace and Gromit series, and to acclaimed graffiti artist Banksy). This English city will provide the setting for the three winning films, while their production will be supported by the local film industry.

More than 500 teams applied for the iFeatures scheme, organized by South West Screen. Three projects were selected and given £300,000 each to produce a full-length feature film. The films will be shot in Bristol over the next six months, and will have their UK television premiere on BBC.

As iFeatures executive producer Chris Moll told “The Guardian”, the panel that judged the applications had to wade through many ideas centred on famous Bristol figures, before settling on ideas that used the city in “radical and imaginative” ways.

One of the selected projects is to be directed by young Polish filmmaker Katarzyna Klimkiewicz, whose acclaimed short feature Hanoi-Warszawa (Hanoi-Warsaw) was recently nominated for best short at the European Film Awards. The Bristol-backed project Flying Blind will be Klimkiewicz’s full-length feature debut.

POLISH FILM INSTITUTE: How long did you wait for the Bristol decisions?

KATARZYNA KLIMKIEWICZ: The final decision about moving the film into production took almost three months. It was initially set for the end of June, but due to turmoil surrounding the UK Film Council shutdown all decisions were postponed. It was a very frustrating three month period.

How did you get involved with this project?

Last year I showed my film Hanoi-Warsaw in Bristol at the Encounters film festival. Producer Alison Sterling of Ignition Films saw the film. She was looking for someone to direct her film, and she really liked my style. She told me about the Flying Blind project. The subject really intrigued me, and we began working together. The screenplay was written by Caroline Harrington.

As a director, I had influence over the final look of the script, but I did not write it. It is a difficult situation, especially since I am so used to writing my own scripts. But working with a screenwriter has its advantages: most importantly, it allows me to keep at a distance, and enables me to focus on something more than just developing an intriguing plot.

Shooting is set for February. What is the story about?

The film’s main protagonist is Frankie – a woman in her 40s, who works as an aerospace engineer. Flying Blind is the story of her passionate love for a twenty-year-old Algerian man; a love that will change her secure lifestyle and force her to make choices that are basically on the edge of the law. As the producers put it, the film is “a thrilling mix of state secrets, race, politics and loyalty with a passionate physical love story at its heart.” 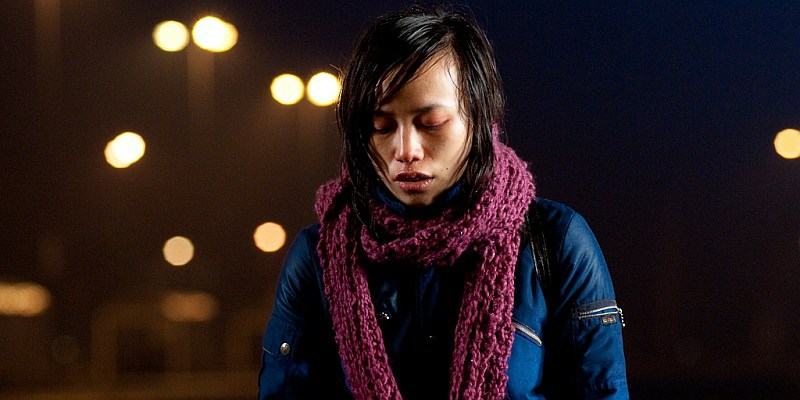