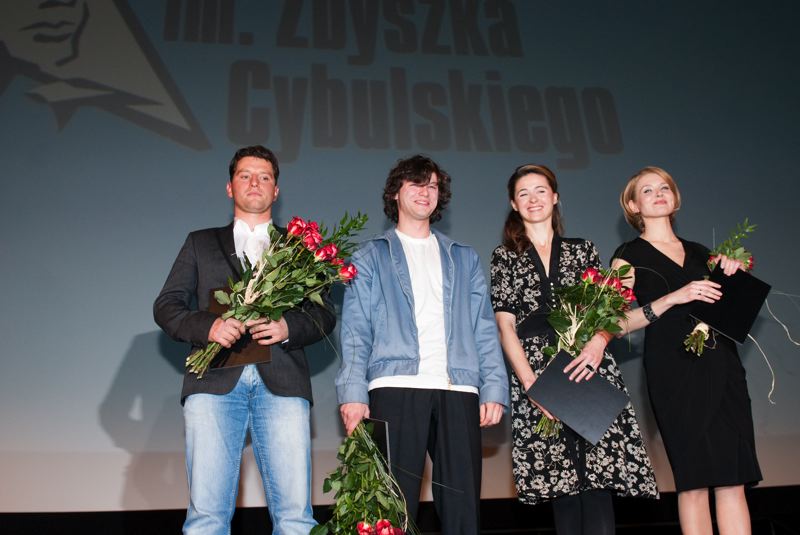 The winners of the Zbyszek Cybulski Awards were announced last night in Warsaw. The top prize went to Mateusz Kościukiewicz for his performance in Matka Teresa od kotów (Mother Teresa of Cats) by Paweł Sala. The 10,000 PLN cash prize was funded by the Polish Film Institute.

“We would like to emphasize the extremely high level of this year’s competition. All entries were excellent and mature performances,” said jury representative Maja Ostaszewska.

“He was a man that never stopped. To those who have no fear – I would like to thank you for enabling me to do what I love,” said the award winner.

The Zbyszek Cybulski Award is an annual prize given to a Polish actor under the age of 35. The award’s history proves that the juries always focused on the greatest talents among Polish actors. This year’s nominees, apart from Kościukiewicz, were: Magdalena Boczarska for her role in Różyczka (Little Rose) by Jan Kidawa-Błoński, Urszula Grabowska for her role in Joanna by Feliks Falk, Agnieszka Grochowska for her roles in Trzy minuty (Three Minutes) by Maciej Ślesicki and Nie opuszczaj mnie (If You Let Me Go) by Ewa Stankiewicz, and Wojciech Zieliński for his roles in Chrzest (The Christening) by Marcin Wrona and Huśtawka (The Swing) by Tomasz Lewkowicz.

It was Wojciech Zieliński who received the Audience Award, voted in an online poll.

“I suspect that I owe this award mostly to my very large family. Even if only my aunts voted, that alone would amount to about 4,000 votes,” joked Zieliński.

The literary special mention was also presented at the awards gala.

“The Boleslaw Michałek Award has been presented annually for the past thirteen years. We wanted to introduce an award that would honour the most significant book on film-related areas published in a given year, and to recognize a filmmaker who sees film as a certain complex cultural entity. I hope that this particular ‘thirteen’ will prove to be very lucky,” said editor-in-chief of Kino magazine, Andrzej Kołodyński.

“Cinema is a way of conveying a spiritual message; it takes us into another dimension. I wanted to show this unique system of experiencing emotions,” said Garbicz.

The winner received a statuette and a 10,000 PLN cash prize, funded by the Polish Film Institute.

The Zbyszek Cybulski Award is organized and hosted by the “Kino” Foundation. It was created by film critic Wiesława Czapińska, who passed away last September.