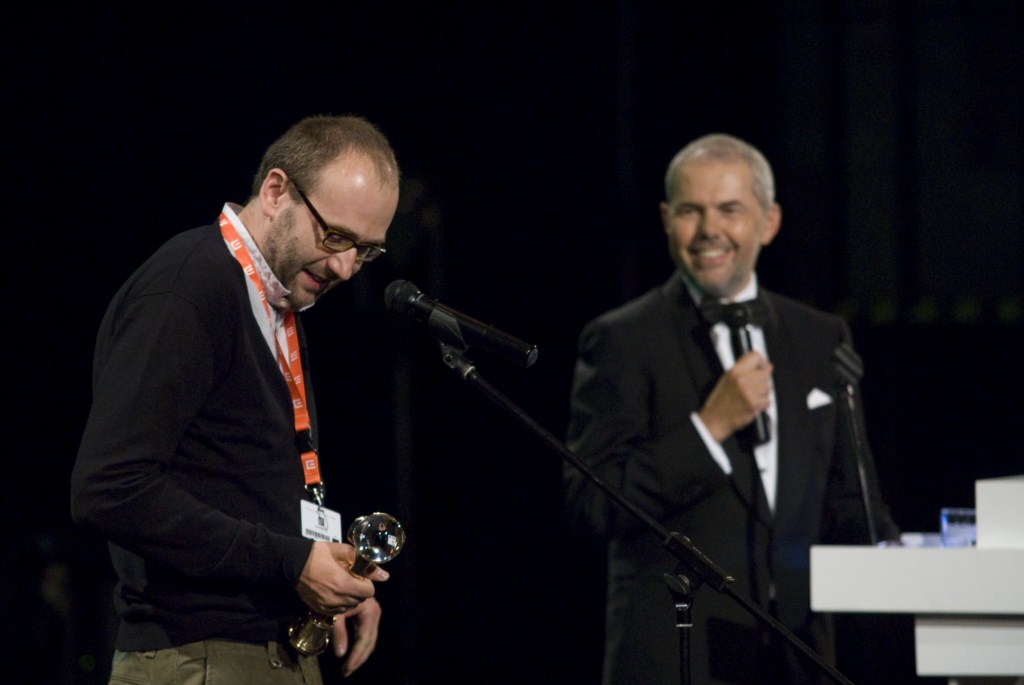 The top prize in the Documentary Film Competition for films under 30 minutes in length at the closing gala of the 46th Karlovy Vary International Film Festival went to Marcin Koszałka for his film Deklaracja nieśmiertelności (The Declaration of Immortality).

The awards ceremony, designed to resemble the landing of an alien spaceship, was hosted by Czech actor Marek Eben. The Grand Prix for Best Short Documentary was presented to Koszałka by director Andrea Slovákova, member of the documentary film jury. Other jury members included American producer and documentary filmmaker Amir Bar-Lev (president of the jury), director  Pietro Marcello, producer of Młyn i krzyż (The Mill and the Cross), Gothenburg IFF representative Freddy Olsson, and film critic Harri Römpötti. “I’m very happy. I can only say this briefly: we can’t stop the process of aging, we can’t stop death. Sometimes cinema can give us the illusion of immortality. Thank you,” said Koszałka.

In Main Competition at the 46th Karlovy Vary IFF, the winning film was Boker Tov, Adon Fidelman (Restoration) by Israeli director Joseph Madmony. The Audience Award (over 70,000 viewers voted this year) went to the Slovakian film Nickyho rodina by Mateja Mináč. The Best Actor award in Main Competition went to David Morse, who played the lead role in Collaborator by Martin Donovan.