Launch of the 65th Cannes IFF 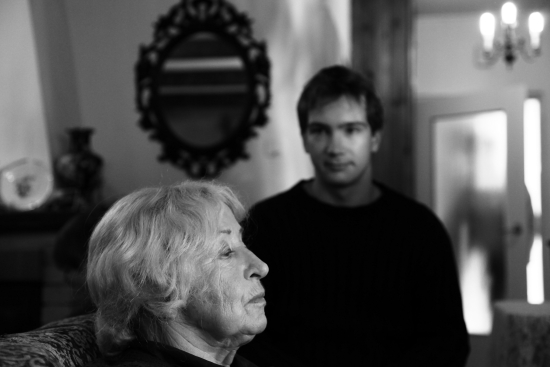 May 16 marks the opening of the 65th edition of the Cannes International Film Festival. The festival lineup features several Polish films co-financed by the Polish Film Institute. This year’s Cannes film festival runs through May 27.

The short feature Portret z pamięci (Drawn from Memory) by Marcin Bortkiewicz, produced by Munk Studio within the framework of the 30 Minutes programme, will screen in the Directors’ Fortnight. The film was written and directed by Marcin Bortkiewicz, graduate of the University of Gdańsk and the Wajda School. The film features performances by Irena Jun, Małgorzata Zajączkowska, and Marek Kantyka.

Portret z pamięci (Drawn from Memory) was produced by Munk Studio, an organization operating since 2008. Munk Studio was established by the Polish Filmmakers Association and receives support from the Polish Film Institute, which provides funding for the production of new films by young filmmakers every year. The Directors’ Fortnight (Quinzaine des Réalisateurs) has been one of the Cannes IFF sections since 1969 and is aimed at showcasing interesting features made by filmmakers from around the world and at discovering new talent.

Another Polish Producer in Cannes

Marta Plucińska, producer of such films as Mój rower (My Father’s Bike) by Piotr Trzaskalski and Droga do raju (Earthly Paradise) by Gerwazy Reguła, is not the first Polish producer to be invited to participate in “Producers on the Move”. Previous Polish participants were Łukasz Dzięcioł at last year’s edition, and Kamila Polit in 2010.

The Producers on the Move session will run from May 19 through May 22. Further details are available at www.efp-online.com.

Co-Production Agreement Between France and Poland

An Increase in Polish-French Film Cooperation

On March 5, 2012, Bogdan Zdrojewski, the Minister of Culture and National Heritage, and Frédéric Mitterrand, the Minister of Culture and Media of the French Republic, signed in Paris a bilateral agreement on film co-production. This contract replaced the cooperation agreement in the field of filmmaking, signed in 1970. The implementation of the new agreement is aimed at fostering an increase in film cooperation between France and Poland.

Polish short films will be screened at the ninth edition of the Short Fllm Corner showcase at the Cannes IFF. This programme will feature a total of 28 Polish films, including two Polish-German co-productions: Samolot na Autobus directed by Kas Zawadowicz and Martin Demmer) and Afternoon, the latest animated film by Izabela Plucińska.

Polish short films will screen in the following sections of the Short Film Corner:

May 17 will mark a special screening of Opowieści z chłodni (Frozen Stories) by Grzegorz Jaroszuk. The screening is organized by Ad Astra, the film’s French agent. Frozen Stories will also screen in the “Best of Łódź Film School” programme.

This year’s Le Marché du Film film market programme features two Polish films. 1920. Bitwa warszawska (1920. Battle of Warsaw) by Jerzy Hoffman, screening on May 21, and Viva Bel@rus! by Krzysztof Łukaszewicz (premiere screenings on Many 22 and 23). Cannes will also bring a presentation of excerpts from the latest documentary film by Michał Marczak entitled Fuck For Forest. The film’s world sales agent is Dogwoof.

Cannes is also home to the La Résidence workshop. La Résidence is part of the Cannes film festival’s Cinéfondation programme. Among the six participants of the 23rd edition of La Résidence is Mariko Saga, graduate of the National Film School in Łódź. Mariko spent the four months of the programme in Paris, working on the screenplay for her feature debut Viet Wander House – the story of a Vietnamese man and his Polish-born daughter is part thriller, part body horror. Saga is currently looking for producers. Thanks to her participation in Cinéfondation and the attention of the programme chairman Georges Goldernstern, Saga will take a number of meetings with industry reps and will participate in a pitching session during her stay in Cannes. The festival will also feature a screening of Saga’s graduation film Vena Cava, co-financed by the Polish Film Institute.

At 5pm on May 23, the 65th Cannes IFF will feature a presentation of the Krzysztof Kieślowski Award for Best Screenplay to the winners of this year’s sixth edition of the ScripTeast screenwriting workshop. This selection of twelve of Eastern Europe’s best works includes four Polish projects. Currently working on new screenplays are Paweł Sala, Dariusz Gajewski, Rafał Kapeliński, and the trio of Marcin Wrona, Katarzyna Bonda, and Marcin Skóra. This year’s programme is aimed at selecting the best screenplays from the region and giving their authors an opportunity to work with prominent filmmakers from around the world.

Support of the Polish Film Institute for Screenwriters

ScripTeast is organized by the Independent Film Foundation with support from the MEDIA European Union Programme, the Polish Film Institute, and Apple Film Production. The event is also made in cooperation with the European Film Academy, renowned producers’ organizations Producers Network and ACE, Film New Europe, Final Draft, and Polish Television.

The Office of the Polish Film Institute at the 65th Cannes IFF:

This year the field office of the Polish Film Institute has a new location at Cannes’ main boulevard, La Croisette 6. This will be the venue for meetings between representatives of the Polish Film Institute, producers, representatives of the world film industry and film festivals, world sales agents, film distributors, and foreign press. The stand is co-hosted by the Polish Filmmakers Association. This year the event’s Polish partners include the Off Plus Camera festival, Chimney Pot, Film Commission Poland, Krakow Film Commission, and Film Point Group.

The Polish office will also be the venue for Polish-French co-production meetings. It is here that promotional events for the Off Plus Camera and Film Commission Poland will take place. Film Commission Poland and Off Plus Camera are organizing an event to promote the film potential of the Małopolska region. The Polish office will also showcase promotional materials on Polish films, including the 2012 New Polish Films catalogues and the 2012 Production Guide Poland.