MAGNUS VON HORN'S "THE HERE AFTER" IN CANNES

Intruz (The Here After), a film directed by Magnus von Horn and co-financed by the Polish Film Institute, will screen in Directors’ Fortnight at the 68th Cannes International Film Festival.

Intruz (The Here After), the feature debut by director Magnus von Horn, will have its world premiere at the 68th Cannes International Film Festival. This Polish-Swedish co-production co-financed by the Polish Film Institute will screen in the prestigious Directors’ Fortnight section of the festival, which in the past has shown early films by such directors as Martin Scorsese, Michael Haneke, and the Dardenne brothers.

After being released from a juvenile detention centre, John wants a fresh start. Bu in the small community to which he now returns, his crime has been neither forgotten nor forgiven. John’s presence brings out the worst in people; a lynch seems to be looming. Feeling abandoned by old friends and the people he loves, John starts to lose hope. The aggression that once landed him in prison begins to build up again. Unable to deal with his past, John decides to confront it. 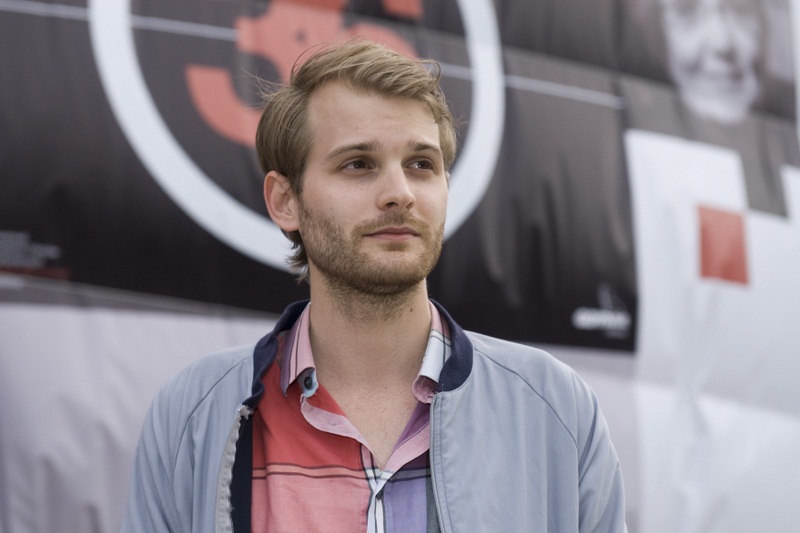 Magnus von Horn was born in Gothenburg, studied at the Łódź Film School, and currently lives in Warsaw. He has made several short films, winning awards around the world. His documentary Radek received the Maciej Szumowski Prize at the Krakow Film Festival, while his school film Echo won a number of awards, including the Silver Hobby-Horse for best short feature film at the Krakow Film Festival, the award for Best Film at the Munich International Film School Festival, and the Grand Prize of the Tous Courts Festival in Aix-en-Provence. Echo was also in official selection at the 2010 Sundance Film Festival. Von Horn’s graduation film Bez śniegu (Without Snow) premiered at the 2011 Locarno International Film Festival and went on to win the Grand Prize at the Bilbao International Film Festival and be nominated for Sweden’s Guldbagge awards in the short film category. In Poland, the film received the Silver Hobby-Horse at the Krakow Film Festival and the Grand Prize in the Young Cinema Competition at the Gdynia Film Festival. Magnus von Horn also co-wrote the script for Anna Kazejak’s feature Obietnica (The Word). Intruz (The Here After) marks his feature debut as a director.

Intruz (The Here After) brings together Scandinavian aesthetics and approach to storytelling with emotional force straight out of the Polish filmmaking tradition. Magnus von Horn was born in Sweden, but his film — while set in Sweden — was itself born in Poland. The film is a double debut, marking the first major work both for director Magnus von Horn and producer Mariusz Włodarski.

Mariusz Włodarski – Producer on the Move

During this year’s edition of the Cannes film festival, the film’s producer Mariusz Włodarski will be among the participants of the prestigious Producers on the Move workshop for talented young European producers. Further details on this are available at this link.

Among the films featured at previous editions of Directors’ Fortnight in Cannes are Refugiado, a film directed by Diego Lerman and lensed by Wojciech Staroń, Cztery noce z Anną (Four Nights with Anna) by Jerzy Skolimowski, Code Blue by Urszula Antoniak, the short features Portret z pamięci (Drawn from Memory) by Marcin Bortkiewicz and Fragmenty (Fragments) by Agnieszka Woszczyńska, as well as The Congress, a film by Ari Folman.

Further details are available at www.quinzaine-realisateurs.com.