The awards ceremony of the 68th Berlinale took place on February 24, 2018, with the Silver Bear – Grand Jury Award being awarded to the film “Mug”, directed by Małgorzata Szumowska and co-financed by the Polish Film Institute.

“I would like to say thank you to the Jury, and thank you to Berlinale. I am just incredibly happy, especially that this particular film has been recognised as it feels so important right now in that it reflects the problems being faced not only by my own country, but by all of Europe and around the world. I would also like to thank my crew, the co-writer and cinematographer Michał Englert, the actors – Mateusz, Małgosia and Agnieszka – and the extraordinary make-up artist Waldemar Pokromski. As a female director, I feel extremely proud” – said Małgorzata Szumowska when receiving the prize. 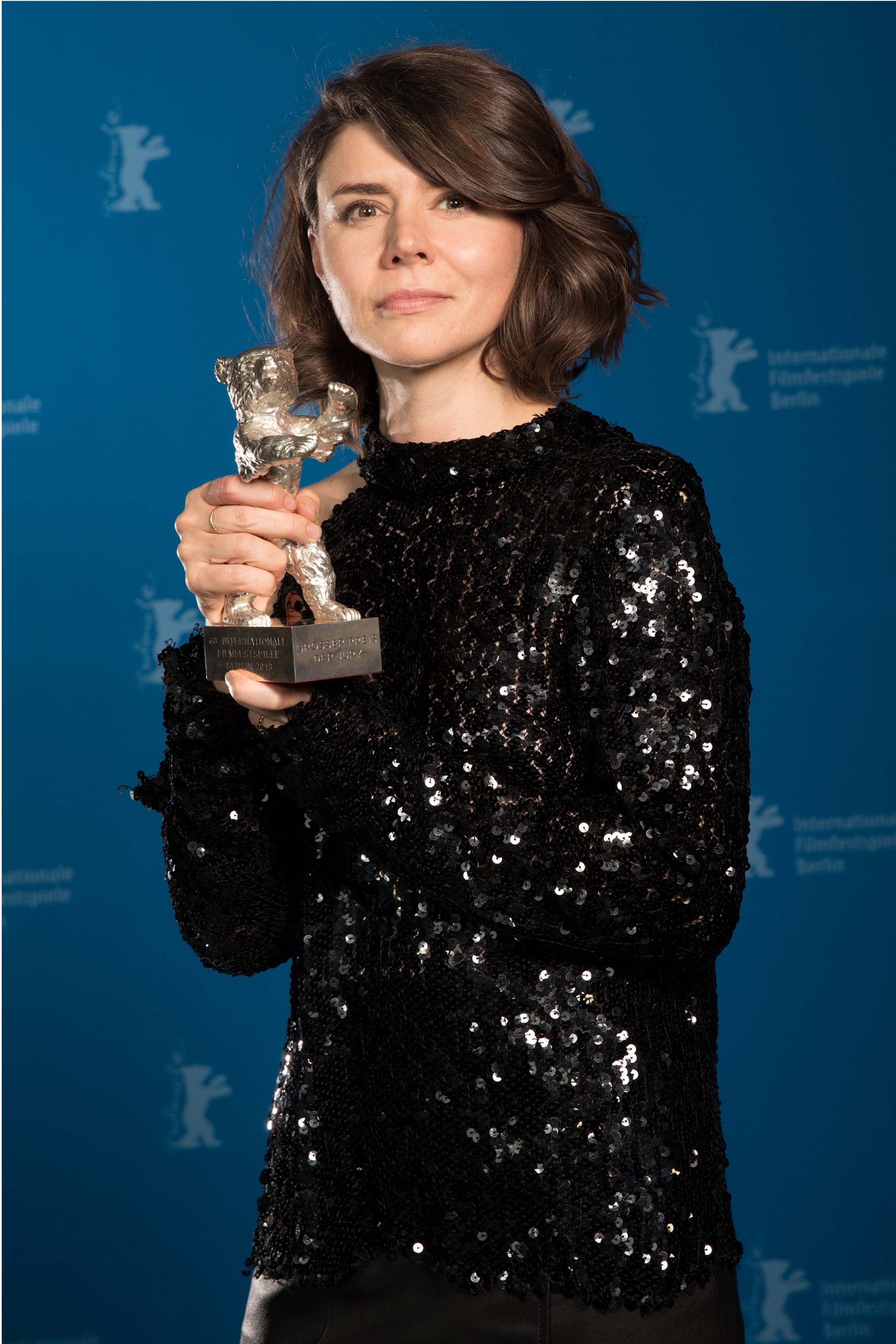 Berlinale created me as a director

“Berlinale created me as a director, this festival is my second home. The awards I’ve received in Berlin made me who I am. For directors from countries such as Poland, it is extremely important to be able to present themselves to an international audience. The Berlinale has always supported European cinema. This does not happen often to Polish filmmakers so I am extremely happy and I must once again thank the Berlinale” – said Małgorzata Szumowska during a meeting with journalists after the awards ceremony.

“Apart from being a metaphor about modern times, not only in Poland but in many places around the world, it is also a film about love. It is a tender look at my society, though not without a little touch of irony,” the director stated.

“It is a sign of the times that the two most important awards at the festival were given to female directors. I hope that this will prove important for the future too and that more and more female artists will be recognised and able to make their own films,” she added. She also stressed the important role played by her collaboration with Michał Englert – co-writer of the script and cinematographer: “I’m not the type of director who wants to do everything by myself – I need a dialogue. Michał and I are like artistic twins, if I can say that. This is our seventh film together, and we are already working on the next one. We do everything together, ever since we first met at the Film School in Łódź. We write the script together, and we discuss together which actors should appear in our movie. Michał even helps in the editing process. This is also something that we learned at the Łódź Film School, which in my opinion is one of the best schools in the world. It’s where cinematographers learn to work with directors, and where they also have to make their own film etudes, write scripts and learn to work with actors. That’s why Polish cinematographers stand out so much in world cinema – they are extremely sensitive, sensitive to the work of the director and the actors, but at the same time skilfully creating their own space. I cannot imagine making a movie without Michał,” she said at the post-awards press conference.

Polish viewers will be able to see Mug in cinemas from the spring, with its release date set for 6 April 2018. Distributor of the film is Kino Świat.

A contemporary fable about a man who loses his face in an accident. After innovative surgery, he returns to his hometown but the people there do not know how to treat him. He becomes a stranger to them. The lead role is played by Mateusz Kościukiewicz, while the supporting cast includes Agnieszka Podsiadlik and Małgorzata Gorol, making her debut on the big screen.

The director of cinematography was Michał Englert, who has worked regularly with the director, and the film was edited by the European Film Award winner, Jacek Drosio. The set design was the work of Marek Zawierucha, costumes were designed by Katarzyna Lewińska and Julia Jarża, and the make-up artist was Waldemar Pokromski.

There was also some success at the festival for the Russian-Polish-Serbian co-production Dovlatov by Aleksey German, Jr. This film, which also took part in the Main Competition, was awarded the Silver Bear for production design by Elena Okopnaya. The Polish producers of the film are Dariusz Jabłoński, Violetta Kamińska and Izabela Wójcik from Message Film, and the director of cinematography was Łukasz Żal. Featuring Piotr Gąsowski, Helena Sujecka and Hanna Śleszyńska, among others, the film was also awarded the Berliner Morgenpost Readers’ Jury Award, which is the prize of the readers of the newspaper Berliner Morgenpost.

Dovlatov is the second Aleksey German, Jr. film co-produced with Polish producers to be awarded a Silver Bear. His previous film, Under Electric Clouds, received the award for best cinematography at Berlinale 2015.

The new film, which has been garnering enthusiastic reviews in the world press since its premiere, has already been sold for distribution in 23 countries and will be distributed by Netflix, among others, in English-speaking territories (USA, Canada, Great Britain, Ireland and Scandinavia). The film is also being distributed in France, Italy, Spain, Portugal, Greece, Turkey, Bulgaria, Brazil, China and the Baltic States.

“We are proud that Dovlatov has won the recognition of both the international jury, as well as critics and audiences around the world. Our joy is all the greater because this is the second Silver Bear for a film made with Aleksey German, Jr. and yet another one with our partner Artyom Vasilev. Great credit for this undoubtedly also goes to the wonderful Polish artists, including the Oscar-nominated cinematographer Łukasz Żal, and the fantastic actors – Piotr Gąsowski, Helena Sujecka and Hanna Śleszyńska,” say the film’s Polish producers.