"Manhunt" Wins Off Plus Camera 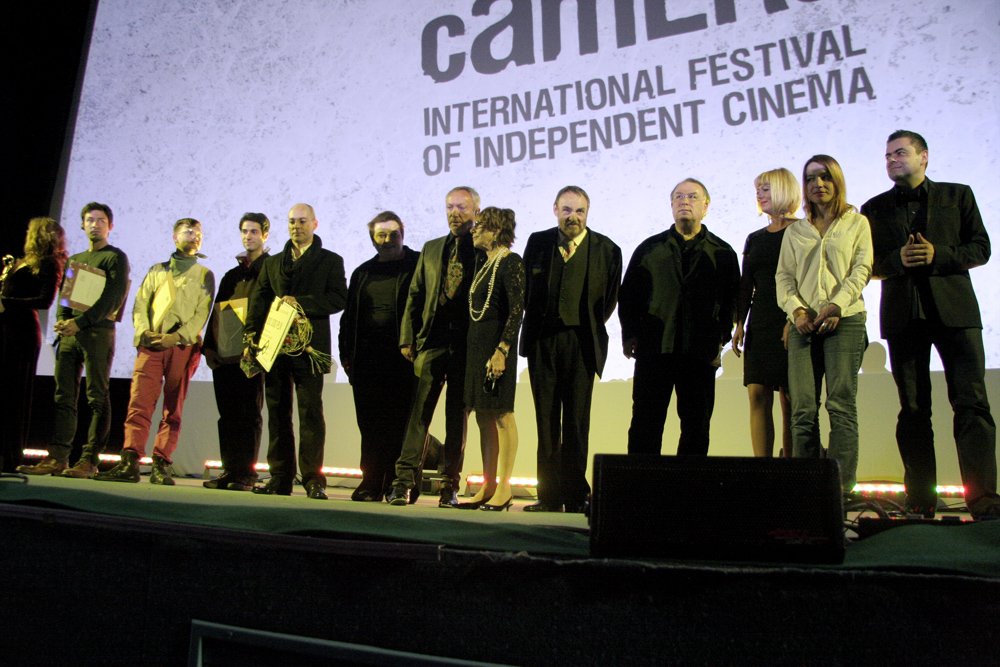 Obława (Manhunt), a film directed by Marcin Krzyształowicz and co-financed by the Polish Film Institute, has won the top prize of the 6th Off Plus Camera festival in Krakow. The director was presented with the Krakow Film Award along with a cash prize of 100,000 USD. He also received a grant of 1 million PLN from General Director of the Polish Film Institute Agnieszka Odorowicz for the production of his next project in Poland. The closing gala of the festival was attended by Bogdan Zdrojewski, Poland’s Minister of Culture and National Heritage.

Jury members Lech Majewski (president of the jury), Udo Kier, John Rhys-Davies, and Ruth Myers awarded the 100,000 USD cash prize and Krakow Film Award to Marcin Krzyształowicz, director of Obława (Manhunt) for his “unique and memorable representation of human fate in extreme conditions of war, and the attention to detail and montage of complex history.”

One Million PLN from the Polish Film Institute

The winner of the ‘Making Way’ Main Competition also received a grant of one million PLN for the production of his next project in Poland. This grant was presented to Krzyształowicz by Agnieszka Odorowicz, General Director of the Polish Film Institute. “Thank you very much. It is an honour to receive this award,” said Marcin Krzyształowicz. Previous winners of the Polish Film Institute production grant include Mads Matthiesen (2012), Park Jung-Bum (2011), Marek Najbrt (2010) Sebsatian Silva (2009), and Azazel Jacobs (2008).

“I would like to congratulate all the participants of the Main Competition, especially the director of Manhunt. This film has already received a number of awards in Poland, but it was never an award presented by an international jury. […] This award means that Polish films are universal, excellent, and comprehensible. […] We would like this million for your next production to be spent right here in Krakow,” said Agnieszka Odorowicz.

“We decided to award a film that can be described as bold, in some ways even extreme, but at the same times it tackles a very serious subject in a light and humourous way. It also shows a new approach to filmmaking. There are no redundant scenes in this film. It is a beautifully told story with a beautiful ending,” said Melissa Leo about Baby Blues.

“I would like to thank the director, the crew who worked on this film […] and those who helped us finance the project: the Polish Film Institute, Agnieszka Odorowicz, as well as our co-producers – Telekomunikacja Polska, Dominique Lesage, and Magda Kubicka […],” said Baby Blues producer Agnieszka Kurzydło as she accepted the award.

In addition to recognition from the main competition jury, Ombline by Stéphane Cazes also received the FIPRESCI Prize (FIPRESCI jury members: Barbara Kosecka, Susanne Schütz and Alexander Yanakiev) and the award of the jury comprised of winners of the ‘Skrytykuj!’ competition. The Audience Award went to A Late Quartet, directed by Yaron Zilberman.

‘Against the Current’ Award for Melissa Leo

Actress Melissa Leo, who presided over the Polish Feature Film Competition jury, received the ‘Against the Current’ award, presented by the Off Plus Camera festival to selected artists for special contribution to independent culture.

The 6th Off Plus Camera International Festival of Independent Cinema was co-financed by the Polish Film Institute.