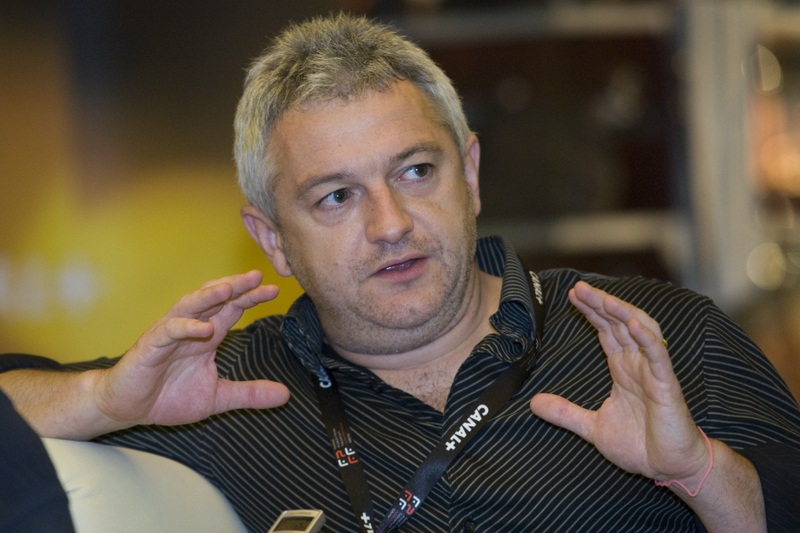 Film producer and distributor Marc Guidoni, one of the international guests at this year’s 36th Polish Film Festival in Gdynia, tells us about the reception of Jacek Borcuch’s Wszystko, co kocham (All That I Love) in France, and about the latest film project from Andrzej Żuławski.

Polish Film Institute: How did you come to be the French distributor of Jacek Borcuch’s feature Wszystko, co kocham (All That I Love)?

Marc Guidoni: I discovered this film as an audience member at last year’s Rotterdam film festival. I love cinema. I’m a film distributor, but above all, I’m an audience member. I liked this film right away. Of course, it is a Polish film; a film that talks about something that’s part of your history. At the same time, it is very universal in its storytelling about coming of age, about teenage rebellion. France has been interested in Polish cinema for quite some time. French audiences really enjoy Polish films. Not only films by Jacek Borcuch, but also Polański, Żuławski, and Kieślowski. I decided to distribute this film because people like it, it has a higher chance of getting an audience. French audiences will be interested in discovering a young filmmaker from the new generation of Polish directors. Another thing about this film that caught my interest was the fact that it can speak to two generations at once: people like me, in their 40s, people who lived in the days of ‘Solidarity’, and to young people. In those days, the French society really sympathized with Poland, everyone wore badges. People in their 40s and 50s can really identify with this film. But so can the young generation – through the music. I think that is what can appeal to the young audience. Young people in Poland and in France are rediscovering punk music. They listen to bands from 30 years ago.

How was the film received in France?

It had very good press. Very good reviews. When Jacek Borcuch came to France, he had radio and television interviews. All That I Love was also well-received by audiences. The film was released on 16 prints, and since its release two months ago, has had about 10,000 admissions in Paris and other cities. This good reception wasn’t a certainty. The actors in this film are not recognized in France. Nor is Borcuch a well-known director. That’s why distribution of this film wasn’t easy.

It took a certain risk on your part.

Of course. It was risky. When you’re a distributor, you have to take risks. In France, an important factor in the reception of a film is the weather. From mid-April, we always have beautiful weather, so people stay outdoors, they go to the beach. That’s why this is a difficult period for all films. People prefer to enjoy the sun, rather than go to the cinema. The weather and lack of recognizable cast – these were the key difficulties with this film. But it worked.

What is your film distribution strategy?

I am above all a film producer. That is my main profession. I haven’t been handling distribution very long. Jacek Borcuch’s film is the first picture I’ve released. I really enjoy doing it and I want to continue developing this area of activity. If you want to distribute a film, you have to be an avid fan. Film production and distribution is a difficult job, so if you don’t have a passion for the project, there’s not much chance for success. I am deeply moved by films from Central and Western Europe. I think they are incredibly creative, alive, and rich. Over the past four years, the region has seen a steady increase in the number of films produced. Romanian cinema is growing in presence. There is a high chance that the next film I decide to distribute will also come from Poland, Romania, or another country with a strong set of young directors. I saw a lot of good films at the Gdynia Film Festival.

Which of the films screening at Gdynia did you have a chance to see?

I watched Kret (The Mole) by young Polish-French director Rafael Lewandowski. I think the film is very good, it is moving, and intelligently made. The director formed an excellent cast. I also managed to see Czarny czwartek. Janek Wiśniewski padł (Black Thursday) by Antoni Krauze, a film about the events that took place here in Gdynia in 1970. It is a completely different film, made by an older, more experienced director. It is a very local story, an event strongly tied to Poland and the Polish people, but it really moved me. What is interesting about this film is the balance between archive footage and reconstruction. I also saw a film that has had a lot of publicity in the past months – Sala samobójców (Suicide Room). It is different from the other films. It is well-made and interesting. Jakub Gierszał, who also played in All That I Love, is a very good actor. It was hard for me to recognize him in this new role. At the festival, I also watched Andrzej Żuławski’s Diabeł once again – this time on the big screen. It’s hard to believe that this film was made 40 years ago in communist Poland. I also watched a segment of short films that screened in the Young Cinema Competition. This is my first visit to this festival. It’s fantastic that the festival takes place in Gdynia. The atmosphere here is great. I feel very much at home. I think the organizers did a great job of selecting good films.

Do you think any of these films have a chance for distribution in France?

I think Suicide Room could find a place in French cinemas. It is a very universal film. It can appeal to young audiences. An experienced distributor could release it even on hundreds of prints. A film more appropriate for my small distribution company is Rafael Lewandowski’s The Mole. It’s about Poland, but above all it is about a father-son relationship and about the life choices we all face.

There are many distribution companies in France. Is the competition between them very high?

France is a country that produces many films. We make 200 to 250 films each year. In addition to domestic films, we also release foreign films. 15 to 20 new films are released each week. If you’re a distributor, you know that in addition to your film, there will be a dozen others screening in cinemas at the same time. Audiences can become interested in all other films, except yours. I don’t like talking about competition between the distributors. After all, we don’t sell cars, we sell movies. Of course we want as many people as possible to see the film, but they need to have time for that. And that can vary. For a film to break through the competition, it has to be very good. It also has to have the right marketing strategy. Audiences can pick and choose from a wide selection of films. That forces distributors to be very professional. In France, just like in Poland, there are several good distributors that can attract people to cinemas; people know they bring good films to the table. I’m not too familiar with the Polish market, but I know that Roman Gutek is one of such distributors in Poland.

You are also a film producer. Currently you are working with Andrzej Żuławski on his latest film.

We are currently working on his next feature film. I’m superstitious, as is Andrzej Żuławski. We don’t like to talk about it too much, because that can bring bad luck. The film will be shot in French, in France, in Lyon. But it will be very universal. I hope it can also appeal to Polish audiences. We want it to be a co-production. We are looking for a Polish co-producer. I hope we can also get support from the Polish Film Institute. The project is called “Matière noire”. It will be an excellent film. The screenplay is fantastic.

Polish cinema is fascinating. I have the impression that it keeps reinventing itself. You are lucky to have real masters of the film craft, and an excellent film school in Łódź. Polański, Wajda, Kieślowski, Żuławski. I can’t name them all right now. You have dozens of very good directors. When we look at young filmmakers in Poland, it is clear that they have not been overwhelmed by their predecessors. The new generation has a lot of energy and a will to act. They are very talented.