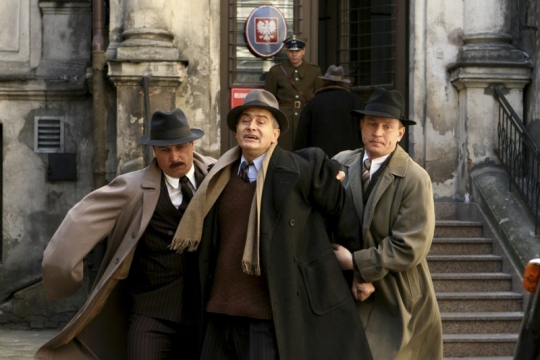 The new and higher film budgets will enable better reproduction of selected historical periods, improve the quality of realistic period costumes, and enable the design and construction of realistic and historically accurate film sets. According to Agnieszka Odorowicz, the new regulations open new possibilities to producers and directors who are working on epic film projects. “It will also encourage filmmakers to undertake not only the historical subjects known from school, but also issues that are less-known or more controversial. It is a chance to bring back historical figures that were ahead of their times”, says the General Director of the Polish Film Institute.

Application procedures have remained unchanged; producers must still present credible sources of financing for the remaining part of the budget – a task that has lately become challenging, in light of the crisis in the film industry and the difficult financial situation of Polish public television, a key source of financing for film production in recent years. All the more reason to cheer for filmmakers of different generations and hope that their ambitious projects get produced.

Another promising change is the increase in financing limits for projects in the fields of: dissemination of film culture, promotion of Polish films, and film distribution. The costs of some applicant projects were high; support from the Polish Film Institute proved insufficient, being limited by legal constraints. The new regulations enable more financial support to projects that are significant for developing Polish cinema. This includes educational projects.

The newly introduced changes take into consideration the current market situation that influences the Polish Film Institute’s activity in the field of cinema, but they also allow us to hope that the Polish film industry will continue to decrease the gap that separates it from European cinema.