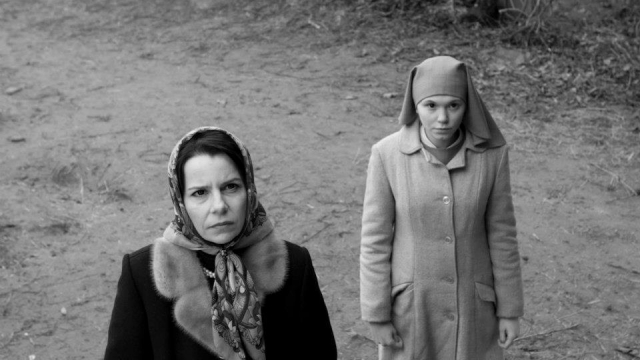 “We had no doubt that Paweł Pawlikowski’s Ida is the film that has the biggest chance in this very competitive category,” said Agnieszka Odorowicz, General Director of the Polish Film Institute. “It is an exceptional film that has received acclaim and gathered excellent reviews around the world for good reason. It serves not only as a fantastic example of the work of all filmmakers involved in the making of this film, but of Polish cinema as a whole. The film has received excellent reviews in all top American newspapers. Ida has also ranked high in all published rankings of potential Academy Award candidates. This is a film that generates a lot of emotions and is certainly making waves around the world,” said Agnieszka Odorowicz.

“It’s good that Ida has been selected as our Academy Award candidate today, as opposed to last year,” says Ms. Odorowicz. “The last months have brought fantastic publicity for Pawlikowski’s film around the world, and the film has enjoyed great success in distribution abroad and at international film festivals.”

“The high artistic quality of Ida is well-known; we all appreciate it and we are aware of the status of Paweł Pawlikowski’s feature,” said Filip Bajon, chairman of the Committee, after the committee session. “Ida has already enjoyed box-office success in the United States; the box office now stands at 3.5 million dollars, which means that the film has marked over 400,000 admissions. Therefore, unanimously and with great enthusiasm, we selected Ida by Paweł Pawlikowski to be Poland’s candidate for the Academy Award,” said Filip Bajon.

Paweł Pawlikowski’s Ida had its world premiere at the 40th Telluride Film Festival, which took place in late August and early September 2013. On October 25, 2013, the film was released theatrically in Poland. The film’s subsequent international distribution has proven to be one of the most spectacular successes in the history of Polish cinema. In France, Pawlikowski’s film reached an audience of almost 500,000, with over 100,000 admissions in Italy and nearly as much in Spain and the Netherlands. The film’s US box office is currently at 3.5 million USD, with about 450,000 admissions to the film’s US theatrical screenings. It is a fact worth mentioning that on the day of release, the film screened at a mere three cinemas. As its popularity grew, so did the scale of distribution, reaching a total of 134 screens at its peak. Today, 14 weeks after the film’s premiere, it is still being shown on 33 screens across the United States.

Ida has also been released theatrically in Argentina, Austria, Belgium, Japan, Canada, Germany, Norway, New Zealand, Switzerland, and Taiwan. In total, the film has been sold to 52 countries to date, and there is continuing interest in further territories. On September 26, Ida will be released theatrically in the United Kingdom and Ireland, and in Denmark and Sweden in October. To date, Ida has also screened at almost 50 film festivals, winning over 30 awards.