February 12 marked the world premiere of Agnieszka Holland’s Pokot (Spoor) at the 67th Berlin International Film Festival. Co-financed by the Polish Film Institute, the film is screening in the festival’s Main Competition. 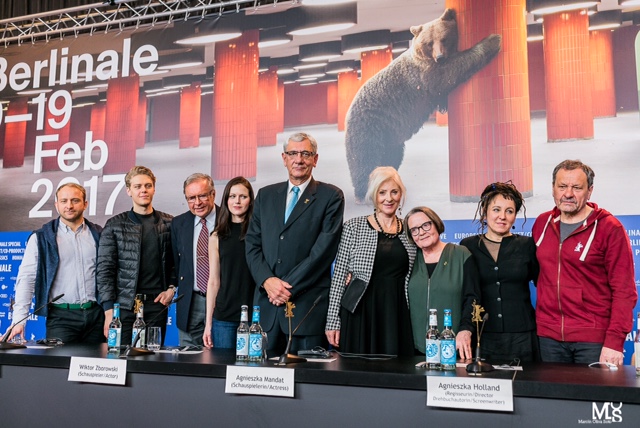 “Olga Tokarczuk is a wonderful writer, one of my favourites. I always thought her books were very inspiring for movies, because they are so clever, so rich and sensual. But her long novels didn’t have the structure to make adaptation possible. When I read ‘Drive your Plough Over the Bones of the Dead,’ what interested me was this mix of genres and the main character, the subject matter and the message. And because it was some kind of a thriller, I thought that this could be a movie,” said Agnieszka Holland at the press conference when discussing the process of adapting Olga Tokarczuk’s novel for the screen. “This film was a challenge from the beginning; it was difficult to define whether it is a psychological drama, black comedy, thriller, or fairy tale. All these genres are combined. That was a challenge for me […]. I thought about making a film that escapes the genre structure; a film with a very distinct main protagonist,” she said.

“The role of art is to broaden our horizons, pose questions, and provoke […]. For me, the region of Kotlina Kłodzka, where we filmed, is a metaphor for Europe, and the animals are a metaphor for the weakest, the vulnerable, those who have no voice, and on whose behalf we speak in this film,” said Olga Tokarczuk.

The Sensibility of Opening to the Rights of the Vulnerable 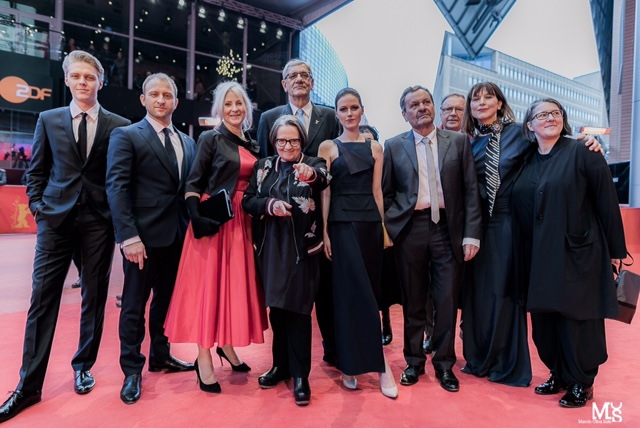 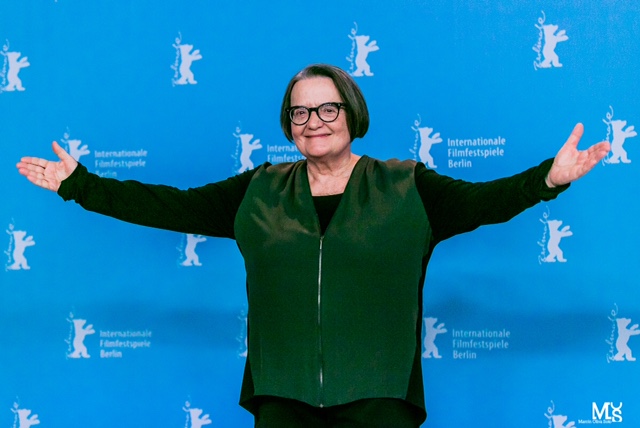 Actors About the Film

“The best thing in Pokot (Spoor) is Mandat’s performance; she makes Duszejko a figure of equal parts love and rage,” writes Variety critic Owen Gleiberman in his review.

Independent critic Aseem Chhabra, head of the New York Indian Film Festival, praises the film by stating that in his opinion Agnieszka Mandat as the “feisty Duszejko” is a strong contender for the Silver Bear for Best Actress at this year’s Berlinale.

“This intelligent play on cinema is a new trend in the works of Agnieszka Holland. By bringing the prose of Olga Tokarczuk to the screen, Holland made a film that is subversive in its take on reality. The story lingers between brutal fairy tale, somber analysis of the post-transformation reality, spiteful satire, and a vivisection of the myth of rural Poland. All these seemingly incongruent dimensions are linked by a common diagnosis: all is not right with the world,” writes Krzysztof Kwiatkowski in his review for Wprost.

“In a sense, that’s what Holland’s new film is about — different points of view. It is a brutal fairy tale about a world in which the highest value is diversity,” notes Paweł T. Felis in his review for Gazeta Wyborcza.

“Pokot (Spoor) is immersed in the literary imagination of Olga Tokarczuk; a crime utopia story that poses difficult questions about the shape of our community. For the main protagonist, a retired engineer living in seclusion, hunting is a crime on par with the Holocaust. Pokot (Spoor) is part thriller, part mystery, comedy, and romance, with excellent music and performances,” writes Łukasz Knap for Wirtualna Polska. “It should be said that every intelligent viewer, regardless of their political views, will find in Holland’s provoking film questions that no one in Polish cinema has ever posed,” he adds.

Further details are available at www.berlinale.de.

Agnieszka Holland’s new film, co-financed by the Polish Film Institute, will be released theatrically in Poland on February 24. Distribution is handled by Next Film.