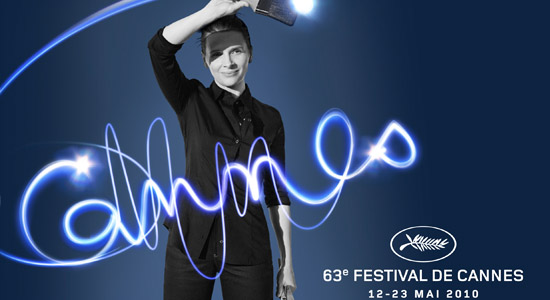 Today brings the start of the world’s key film event – the Cannes International Film Festival, which, along with the Marché du Film (or Film Market), will screen hundreds of films over the next eleven days. This year Poland is represented by two films: Turysta (Tourist) by Matej Subieta, and the Polish-French co-production Robert Mitchum est mort (Robert Mitchum Is Dead), directed by Olivier Babinet and Fred Kihn.

Turysta (Tourist) by first-time director Matej Subieta will be shown at Semaine de la Critique (Critics Week) as part of NISI MASA screenings. This 10-minute short focuses on the life of senior citizens from a post-communist housing district, who, thanks to abstract and positive thinking, are able to go back in time to the happy days of their past. The script written by Matej Subieta (the artistic director of SF Odeon) won the 2006 NISI MASA award. The film, produced by SF Odeon, features a Polish cast, including Stanisław Brudny and Anna Milewska.

Robert Mitchum est mort (Robert Mitchum Is Dead), directed by Olivier Babinet and Fred Kihn and co-financed by the Polish Film Institute, will screen in the L’ACID (L’Association du Cinéma Indépendant pour sa Diffusion) section of the Cannes festival. It is the story of an actor brought down by setbacks, and his manager, former rock guitarist and kleptomaniac. They decide to take a trip in one last attempt at success. They want to meet with a famous film director who will turn their fates around. They take off for the North Pole, where the Polaris Film Festival is taking place. The manager claims to have a meeting set up at the festival; a meeting with a famous director working on his latest film project. Robert Mitchum Is Dead is directed by two Frenchmen: Olivier Babinet – acclaimed director of adverts and music videos, and photographer Fred Kihn. The director of photography is Camerimage laureate Timo Salminen from Finland. The film is produced by Igor Wojtowicz and Dawid Szurmiej (Studio Agart). Playing the lead parts are French actors Pablo Nicomedes and Palme d’Or winner Olivier Gourmet, with renowned Polish actors in supporting roles, including Danuta Stenka as a vitamin-popping travelling saleswoman, and Wojciech Pszoniak as the Dean of the Łódź Film School.

At the Marché du Film, the Polish Film Institute will co-host the Polish National Cinema Stand with the Polish Filmmakers Association, twelve production and distribution companies, the Warsaw Film Festival, and the Krakow Regional Film Fund, representing the Polish film industry for the fifth time. The Polish National Cinema Stand will once again be a meeting point for Polish and international film producers, festival reps, and sales agents. The stand will host various industry events, including a meeting with foreign producers about co-production opportunities, and a presentation of the achievements of Polish companies.

Kamila Polit, producer of Jacek Borcuch’s Wszystko co kocham (All That I Love), was selected for this year’s edition of the European Film Promotion “Producers on the Move” programme for young producers. This initiative aims to promote European producers and create a co-operation network in the future.

The 63rd Cannes International Film Festival runs until May 23.

For more information about Polish films at Cannes go to: www.tourist-film.com, http://robertmitchumestmort.blogspot.com.