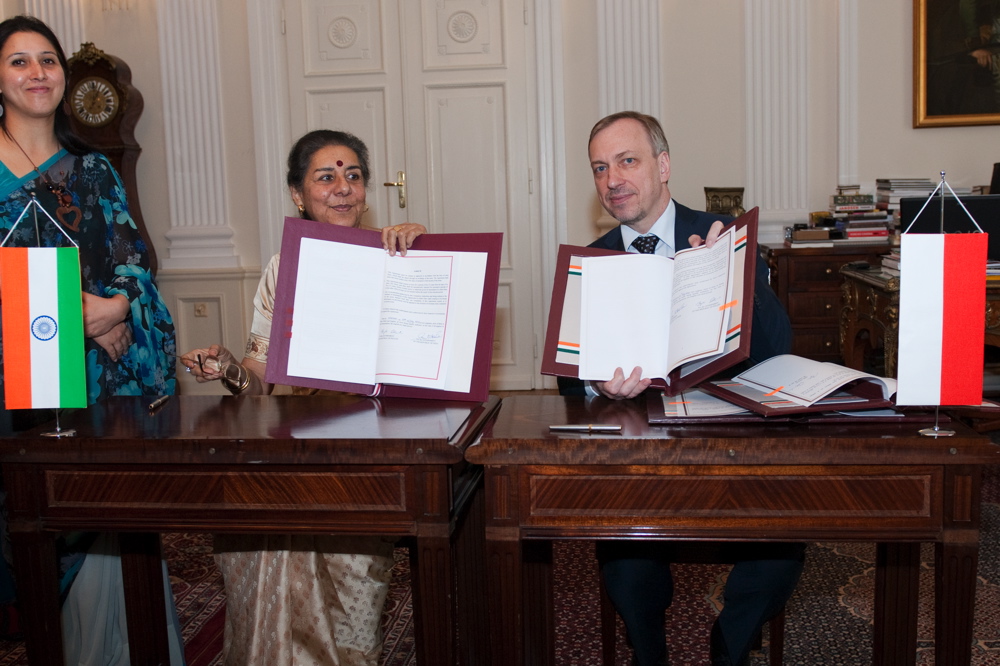 An audiovisual co-production agreement between Poland and India was signed on July 4 at the Ministry of Culture and National Heritage in Warsaw. In addition to film co-production, the agreement covers other types of production, mainly television.

This agreement will bring new quality to the cooperation among filmmakers and producers from both countries. Bearing in mind the potential of India’s film industry, this agreement is expected to be beneficial for Polish cinema, making the Indian market more accessible, and thus creating opportunities for promoting Polish film culture not only in the Republic of India, but in the whole region of influence of Indian cinema. India produces over 1,000 feature films per year.

The agreement was signed by Bogdan Zdrojewski, Poland’s Minister of Culture and National Heritage, and by Ambiki Soni, India’s Minister of Information, Radio and Television.

“We are now signing an agreement that had a long time of preparation, a whole five years. We know that Poland is proud of its filmmaking, but we also know that India will soon be celebrating the centennial of its film industry. It is therefore an agreement signed by two countries that have a special focus on film production,” said Bogdan Zdrojewski.

“I would like to thank Minister Zdrojewski for personally supervising works on this agreement in its preparation process,” said Ambiki Soni.

The Poland-India agreement is Poland’s fourth international agreement in the field of film co-production. To date, Poland has implemented similar agreements with France, Israel, and Canada.