The film will not only be screened in stereoscopic 3D, but it will also be felt. Sitting in special screening rooms, the audience will experience a combination of scents, rain drizzle, and gusts of wind.

Asylum 5D will be a virtual tour of an abandoned mental institution, seen through the eyes of the viewers as they spend 12 minutes visiting a series of sinister rooms and corridors.

According to director Daniel Zduńczyk, the unique quality of this film is its naturalism. “We want the animation to be as realistic as possible. That’s the only way to really feel the gloom. Viewers will have to enter the story as it unfolds on the stereoscopic screen, forgetting that they’re sitting comfortably in a cinema chair. We will have the story surround them. The experience must be very real, almost tangible. We’ve already held the first focus screenings, and I must admit that the music we wrote to help maintain the mood, the surround sound, combined with the story and sense stimulation bring really unexpected results. It’s not easy to sit still when we are ‘hit’ by falling objects, or when we ‘feel’ insects crawling over our feet. This film will be full of surprises.”

The film is made using TRUE 3D technology. It enables perception that’s natural for humans, while limiting the “tired eyes effect”, quite common in 3D screenings.

Asylum 5D is still in production. The complexity of a stereoscopic film is relatively higher than “traditional” 3D animation, with many more details visible to the eye. This technology is too sophisticated for the popular, yet ultimately flat, computerized add-ins. Every detail must be fully three-dimensional, since the human eye can catch any visual deception during a stereoscopic screening. The large amount of details requires time-consuming rendering. Thanks to technical support from the manufacturer of AMD processors, the film will probably be finished on schedule, and released in the spring of 2010. Apart from 4D cinemas, Asylum can also be screened in all cinemas with 3D technology.

The film is directed by Daniel Zduńczyk. Original music was composed by Sławomir Ruczkowski, and the sound mix was prepared by Grzegorz Czachor. Mariusz Firnys and Mariusz Waszczur supervised the project for Virtual Magic. Asylum 5D was co-produced by Budgast, a company specialized in mechanical effects in 5D cinemas. 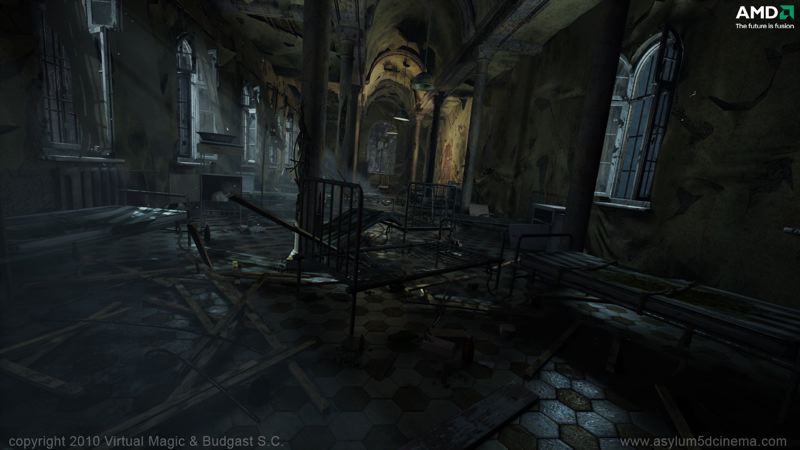 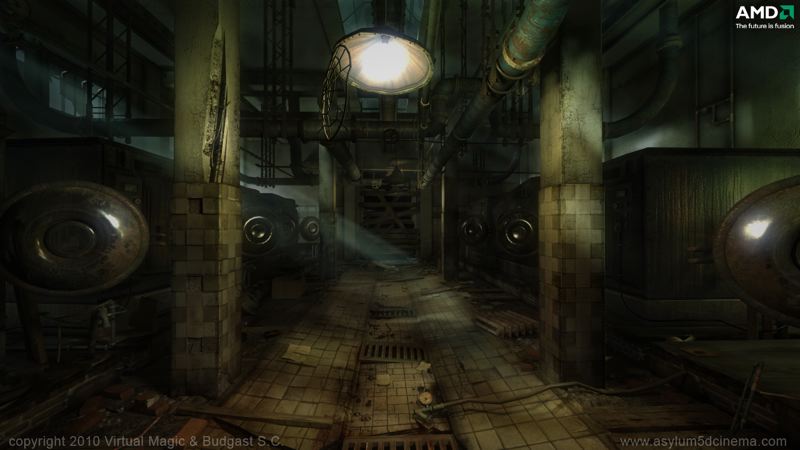 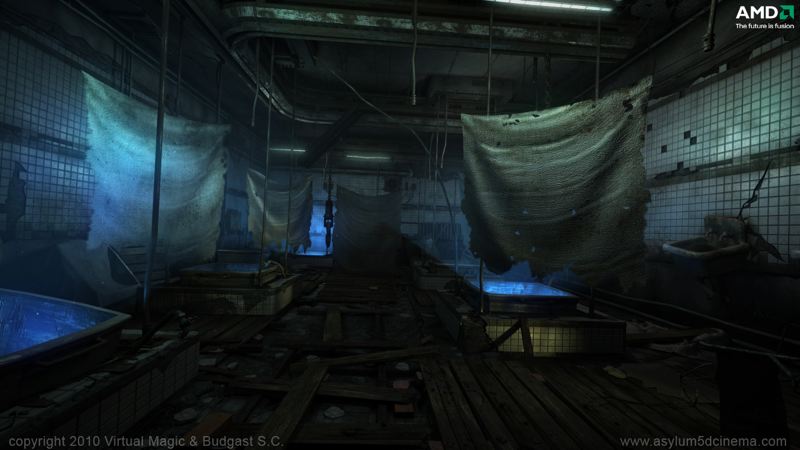 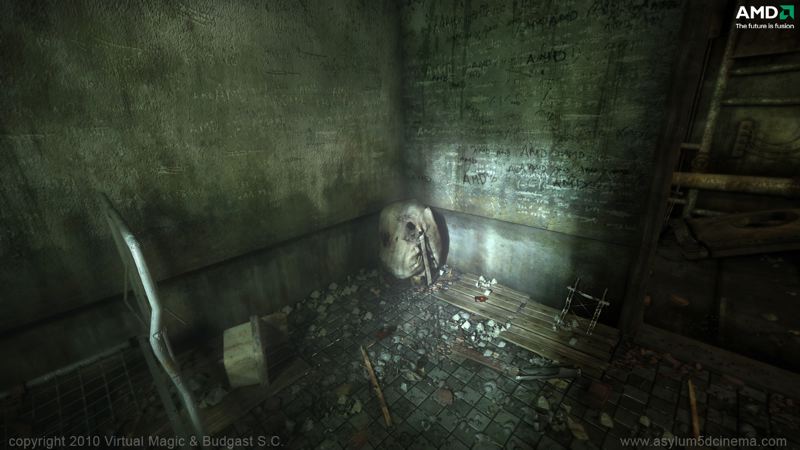 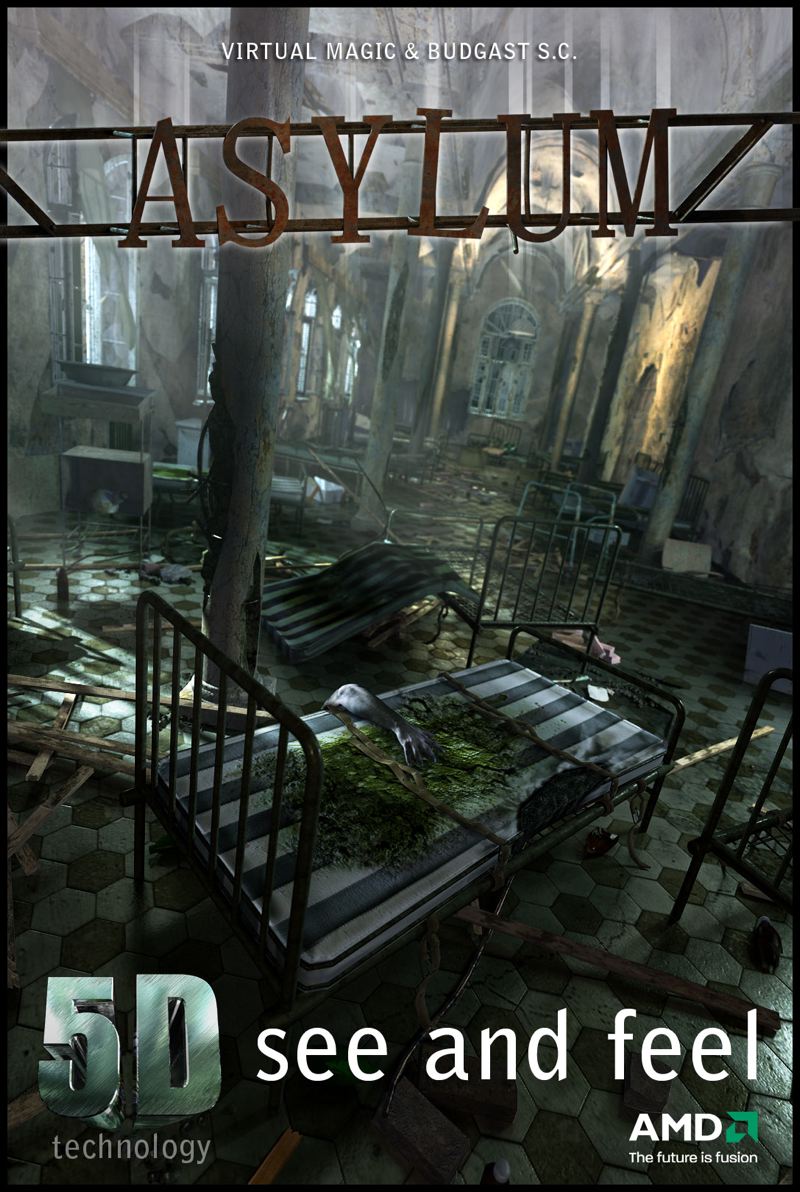