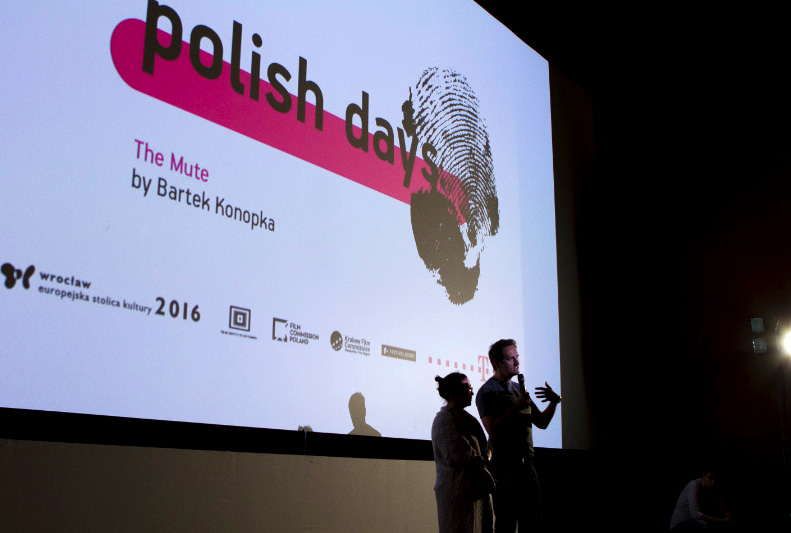 Polish Days was an industry event organized within the framework of the 12th T-Mobile International Film Festival on July 21-23, 2012. This event, co-organized by the Polish Film Institute, brought together a number of international distributors, festival programmers, and industry reps.

Polish Days focused on screenings and individual meetings of the film industry, pitching sessions for new projects, and a presentation of Polish works-in-progress.

“I was very interested in Polish Days, an event that was organized for the first time this year. Poland is a large country and I am under the impression that we are seeing a lot of interesting, young cinema here. You are also an excellent partner for co-production,” said Frederic Boyer, artistic director of the Tribeca IFF in an interview for the Polish Film Institute.

Over two days, participants of the Polish Days event attended screenings of several of the latest finished Polish films, including Obława (Manhunt) by Marcin Krzyształowicz, Wirtualna wojna (Man at War) by Jacek Bławut, and Mój rower (My Father’s Bike) by Piotr Trzaskalski. After the screenings, the filmmakers had an opportunity to meet with international distributors and sales agents, including HanWay Films, MK2, and Wide Management. The first day of Polish Days brought a pitching session of feature, documentary, and animated projects in development, presented by Jan Naszewski of the T-Mobile New Horizons film festival. Audience members included critics representing Screen International, Cahiers du Cinema, and Sight&Sound.

The presentation for Polish Days attendants included new projects by directors Andrzej Żuławski, Bartek Konopka, and Marcin Wrona. The feature debut project from director Magnus von Horn was also presented, as were documentary projects by Wiktoria Szymańska, Paweł Ziemiński, and Jacek Piotr Bławut. A last minute addition to the presentation was an appearance by Wojciech Wawszczyk, one of the creators of Jeż Jerzy (Jeż Jerzy: The Movie). He presented their latest animated film project – an adaptation of the Diplodocus comic series by Tadeusz Baranowski.

The second day of Polish Days began with a screening of Zyvie Bel@rus! (Viva Bel@rus!), the latest film by Krzysztof Łukaszewicz. This screening was followed by a presentation of some of the most anticipated works-in-progress that are due to be completed in the coming months. This presentation featured films that have already finished filming, such as Wałęsa (Walesa) by Andrzej Wajda and Ostatnie piętro (Last Floor) by Tadeusz Król, as well as films that have gone into production more recently, such as Papusza (Papusza) by Joanna Kos-Krauze and Krzysztof Krauze and Chce się żyć (The Will to Live) by Maciej Pieprzyca. The presentation of eight feature films also included international co-productions: the short feature The Big Leap by Kristoffer Rus and Kogres (The Congress) by Ari Folman.

Most projects were presented by their producers, while Variety’s Nick Holdsworth ran the post-presentation Q&A with the filmmakers. Addressed topic included the budgets of the presented films, the talent, and the expectations of the filmmakers with regards to international presence. After the presentation, Polish filmmakers had the opportunity to hold individual meetings with international guests, such as representative of Cannes Critics’ Week Pamela Pianezza, representative of the Medienboard Berlin-Brandenburg Brigitta Manthey, and Jeff Nyuts of Intramovies, a company that has been on the market for over 30 years.

“For me, Polish Days was an exceptionally interesting experience – this goes for the films I saw, and for the works-in-progress. The event was very well organized, easily accessible, and set in a beautiful city. All these factors together made my visit here worthwhile,” said Jeff Nyuts in an interview for the Polish Film Institute, also expressing hope that this industry event of the New Horizons film festival will see its second edition next year.