POLISH FILMS IN THE COMPETITIONS OF 42nd IFF IN MONTREAL


The productions co-financed by the Polish Film Institute will be screened during the 42nd Montreal World Film Festival.

Ułaskawienie (Pardon) of Jan Jakub Kolski in the Main Competition

The film Ułaskawienie (Pardon) produced by Wytwórnia Doświadczalna and directed by Jan Jakub Kolski will be shown in the Main Competition together with 22 other titles.

The Montreal screening will be an international premiere of the film.

Set in the realities of post-war Poland Ułaskawienie (Pardon) is a story of struggling with mourning parents, setting off with their son on the last journey, told from the perspective of their grandson Jan. Son of Hanna and Jakub, a soldier of AK Wacław “Odrowąż” Szewczyk, is shot in autumn 1946 by Secret Political Police. After a series of humiliations suffered from the new authority desecrating the corpse of their child, Hanna and Jakub decide to provide their son with a dignified burial at Kalwaria Pacławska 500 km away. The journey of parents through Poland  still plunged into post-war nightmare becomes a metaphorical journey into the depths of the human soul and an attempt to recreate the definition of humanity in a world where neighbors turn against each other and an enemy can become an unexpected ally.

In September, Ułaskawienie (Pardon) will be shown in the Main Competition of the 43rd Polish Feature Film Festival in Gdynia.

Jan Jakub Kolski is the scriptwriter, director and one of the producers of the film. In the main roles we will see: Grażyna Błęcka-Kolska, Jan Jankowski and Michał Kaleta. The author of the pictures is Julian Kernbach. Paulina Korwin-Kochanowska, Urszula Korwin-Kochanowska are responsible for the stage design, Monika Onoszko for the costumes. The characterization was created by Anna Nobel-Nobielska.

The film is a Polish-Czech-Slovak coproduction. The producers of the film are the Łódź-based Wytwórnia Doświadczalna and Łódź-Wrocław Centrala Distribution, which consists of Agnieszka Janowska and Paweł Kosuń. The Czech co-producer of the film is Mimesis Film – Jan Macola, and the Slovakian one is Marek Urban from Sentimental Film. The picture was co-financed by the Polish Film Institute, the Czech Audiovisual Institute and the Slovak Audiovisual Institute and Eurimages. The film’s co-producers are the Odra-Film (Lower Silesian Film Competition), Łódź Film Commission, Podkarpacki Regional Film Fund, TVP and the Center for Audiovisual Technologies (CETA), Magiclab, Mentes a.s. Support: Etno Cafe, Vitabri.

Odnajdę cię (On the Run) in the Debuts Competition

Beata Dzianowicz’s film Odnajdę cię (On the Run) was qualified for the Debut Competition, in which 19 films will be screened.

Description of the film: Police raid on the soldier, who has on his conscience almost all members of his unit. Police manages to lure him into a trap, but an experienced policewoman Justa commits a simple mistake and the hunted man escapes the trap. As a consequence, the woman is sent on forced leave. Ambition dictates, however, a different solution. Instead of dealing with growing problems in her own family, she abandons everything and returns to the small town of her childhood, where her opponent also grew up. While Justa is looking for clues that could lead her to the hiding place of the criminal, he himself reaches out to her relatives and kidnaps the policewoman’s daughter – Lena. A blackmailed woman, having no choice, in order  to regain her life and save her child, will have to commit a crime, exposing Grzegorz to death – the last survivor from the criminal’s unit. Trying to get out of the situation, the policewoman will start a murderous game with the persecutor. The stake in a fierce duel for cunning and intellect will be the life of her beloved daughter.

The film came to the screens of Polish cinemas on August 3rd. The Montreal showing of the movie will be its world premiere.

The author of the screenplay and the director of the film is a documentalist and a pedagogue Beata Dzianowicz. The film featured, among others, Ewa Kaim, Dariusz Chojnacki, Michał Żurawski, Piotr Stramowski and Mirosław Haniszewski. The cinematographer is Jacek Petrycki, Rafał Listopad is responsible for the film’s editing, and Agata Adamus for the stage design. The author of the costumes is Agnieszka Sobiecka. Production management – Agnieszka Wojdat.

The producer of the film is Wytwórnia Filmów Dokumentalnych i Fabularnych (WFDiF). The co-producer of Odnajdę cię (On the Run) is Silesia Film – Film Institution. The film is co-financed by the Polish Film Institute. Kino Świat is responsible for the distribution in Poland.

Polish films in other sections

In the Focus on World Cinema section, viewers will see Adam Sikora’s Autsajder (Outsider), produced by WFDiF. The German-Polish-Belgian-Israeli-French co-production Kichka Life is a Cartoon directed by Delfina Jalowik will be shown as part of the documentary section. During the student film festival (August 25th -29th), the Sprawa Rity G. (The Rita G. Affair) by Daria Kopiec (production of WFDiF) will be screened in the international student film competition. 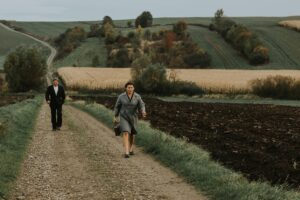 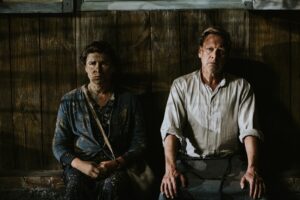 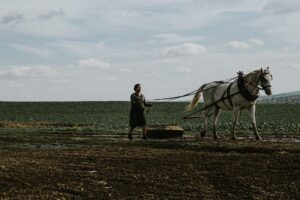 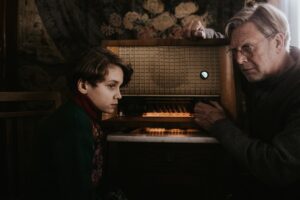 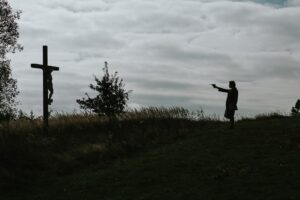