The documentary films co-financed by the Polish Film Institute have been awarded at the prestigious IDFA festival in Amsterdam. 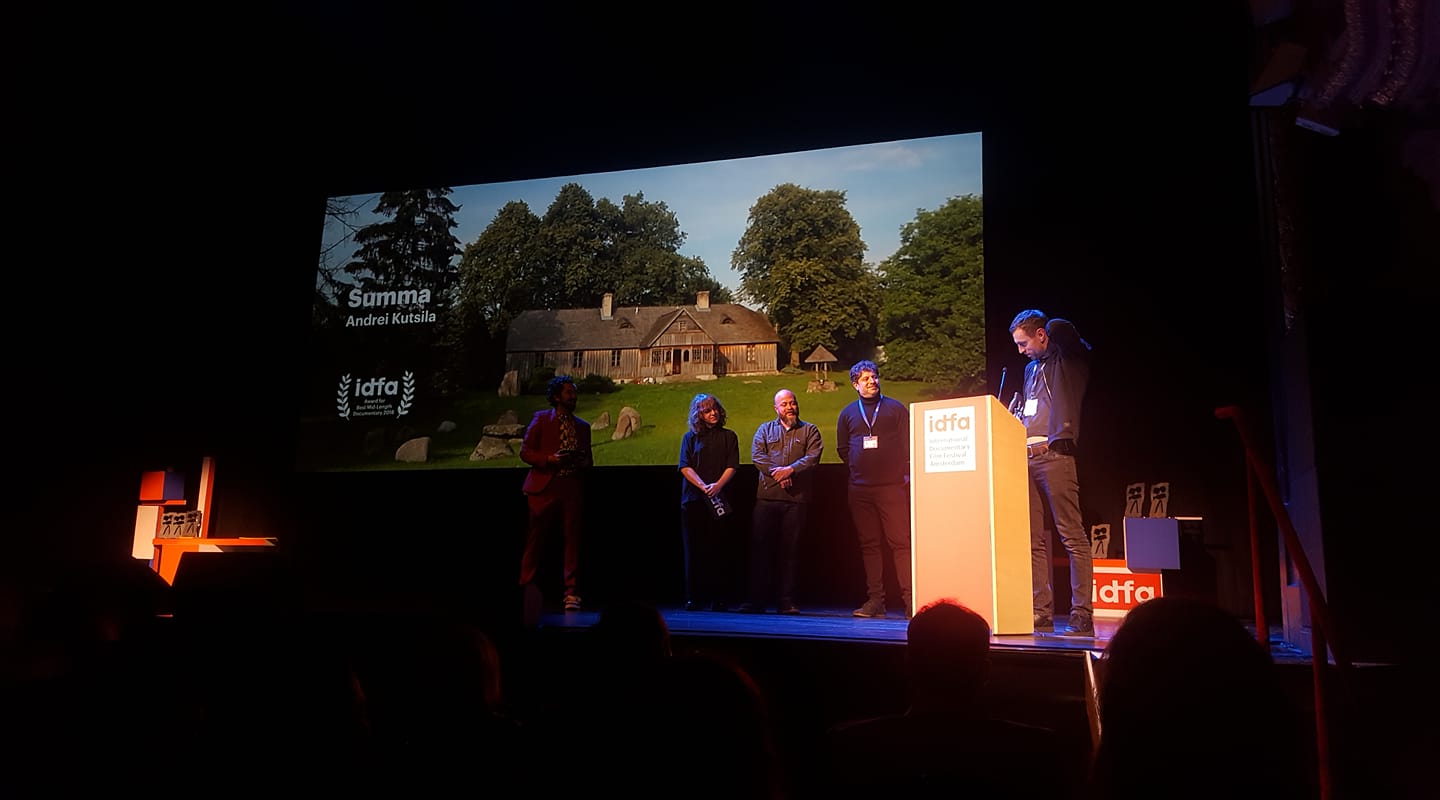 The award for the best medium-length  documentary  went to the creators of the Polish-Belarusian co-production “Summa” directed by Andrei Kucia.

The protagonist of the film “Summa” is a 91-year-old, outstanding Polish artist, Andrzej Strumiłło, who lives in a small village in Podlasie. Surrounded by dogs, horses, beautiful nature, he lives a modest life, painting pictures, writing poems. He is visited by a young girl from Belarus fascinated by his work. Their meeting “at the ends of life” is an opportunity to summarize, to reflect on what is really important, how to prepare for the inevitable. As the IDFA organizers write: “it is a deep, slow film with  harmonious drama, telling about the acceptance of life and death, forcing us to reflect on the subject of duration, passing away, friendship, passing on the value of art and the art of life”.

The artistic supervisor of “Summa” is Jacek Bławut, and Mirosław Dembiński is a producer.

“Summa” was produced by the Everest Film Studio, co-produced by TVP (Creation and Development of Documentary Forms and Belsat), the film is co-financed by the Polish Film Institute.

Special prize for “In Touch”

The special prize at the festival went to Paweł Ziemilski’s film “In Touch”, which participated in the same competition as “Summa”. The film depicts the story of the inhabitants of Stare Juchy village, almost one-third of whom immigrated to Iceland. The film was produced by TVP SA, NUR, and Join Motion Pictures.

Main prize in the Kids & Docs competition for “Dancing for You”

In the Kids & Docs competition, the main prize was given to the film “Dancing for You” by Katarzyna Lesisz, which was created as part of the “First Document” Munk Studio program. The film depicts a story of the twelve-year-old Wiktor, who is studying at the Ballet School in Bytom. The boy is preparing for a promotional concert. This is an important event in the life of the school. The ceremony is attended by all teachers and students’ families. Wiktor invites his father every year, but he has never come. Every day the boy is accompanied by a grandmother. Under her supervision, the boy does his homework, trains, plays. He grows up. However, an invitation to a promotional performance addressed to his father is thrown into the mailbox by himself.

IDFA is the most important documentary film festival in the world with over 300 films and 285,000 viewers. This year’s festival program includes the following films: “Diagnosis” by Ewa Podgórska, “Unconditional love” by Rafał Łysak, “Connected” by Aleksandra Maciejczyk, “Compulsory figures” by Ewa Kochańska, “Struggle: The Life and Lost Art of Szukalski” by Irek Dobrowolski “Father and son” by Paweł Łoziński and “Father and son on a journey” by Marcel Łoziński. This year, the guest of honor  of the IDFA festival was Helena Třeštíková, who chose ten important and inspiring documentary films of other artists. On the list of Helena Třeštíková, Krzysztof Kieślowski’s “First Love” was included. Among the jury of the student films competition was  Klaudiusz Chrostowski, while Paweł Łoziński was included in the jury of documentary films for children.

Polish films at the IDFA festival

Polish documentary productions have been present at the IDFA festival from the first edition, and in recent years received several important awards and distinctions.  In 1998, the award for the best full-length documentary was given to  the film “Fotoamator” by Dariusz Jabłoński. In 2009, the film “Six Weeks” by Marcin Janos Krawczyk won the main prize in the Short Documentary Competition. A year later, the nomination for the award in the category of Student Films was given to “A screening at the Tatry cinema” by Igor Chojna. In 2012, as many as two Polish films were nominated for IDFA awards – “Bad Boy High Security Cell” by Janusz Mrozowski in the Feature Competition and Paweł Ziemilski’s “Rogalik” in the short-length section. In 2013, in the section of student documents, the nomination received “Our Curse” by Tomasz Śliwiński, and a year later the Special Jury Award went to Hanna Polak for the film “Something Better to Come”. In 2015, the festival was won by the film “Don Juan”, a Swedish production directed by Jerzy Śladkowski with pictures by Wojciech Staroń. In 2016, the film directed by Aniela Gabryel “When Will This Wind Stop” received the ARRI IDFA Award for the Best Film in the Student Films Competition, Special Jury Prize was given to the “Close Ties” by Zofia Kowalewska. Last year, the jury awarded the film “Call Me Tony”  directed by Lodz Film School student Klaudiusz Chrostowski, and the “Zhalanash – Empty Shore” by Marcin Sauter became the best short film. The festival is accompanied by the Docs for Sale Film Fair, existing since 1996, which is visited annually by representatives of the documentary industry. As every year, several Polish documentary films will be available in the market video library.

Based on a press release, PolishDocs.pl and own information