February 9 marks the launch of the 67th Berlin International Film Festival. The festival lineip features several films co-financed by the Polish Film Institute and a number of events dedicated to Polish cinema.

Pokot (Spoor) is eligible for the following awards: the Golden Bear for Best Film; the Silver Bear for Best Director, Best Actor or Actress, and Best Screenplay; the Alfred Bauer award for opening new perspectives in film art, as well as awards for Best Cinematography, Best Music, Best Editing, and Best Costume Design. The film is also up for independent awards, including those of the FIPRESCI jury and ecumenical jury. Pokot (Spoor) will screen in Berlin’s Main Competition alongside films by such acclaimed directors as Călin Peter Netzer, Aki Kaurismäki, Sebastián Lelio, Sally Potter, and Volker Schlöndorff.

Further details about Pokot (Spoor) are available at: en.pisf.pl. 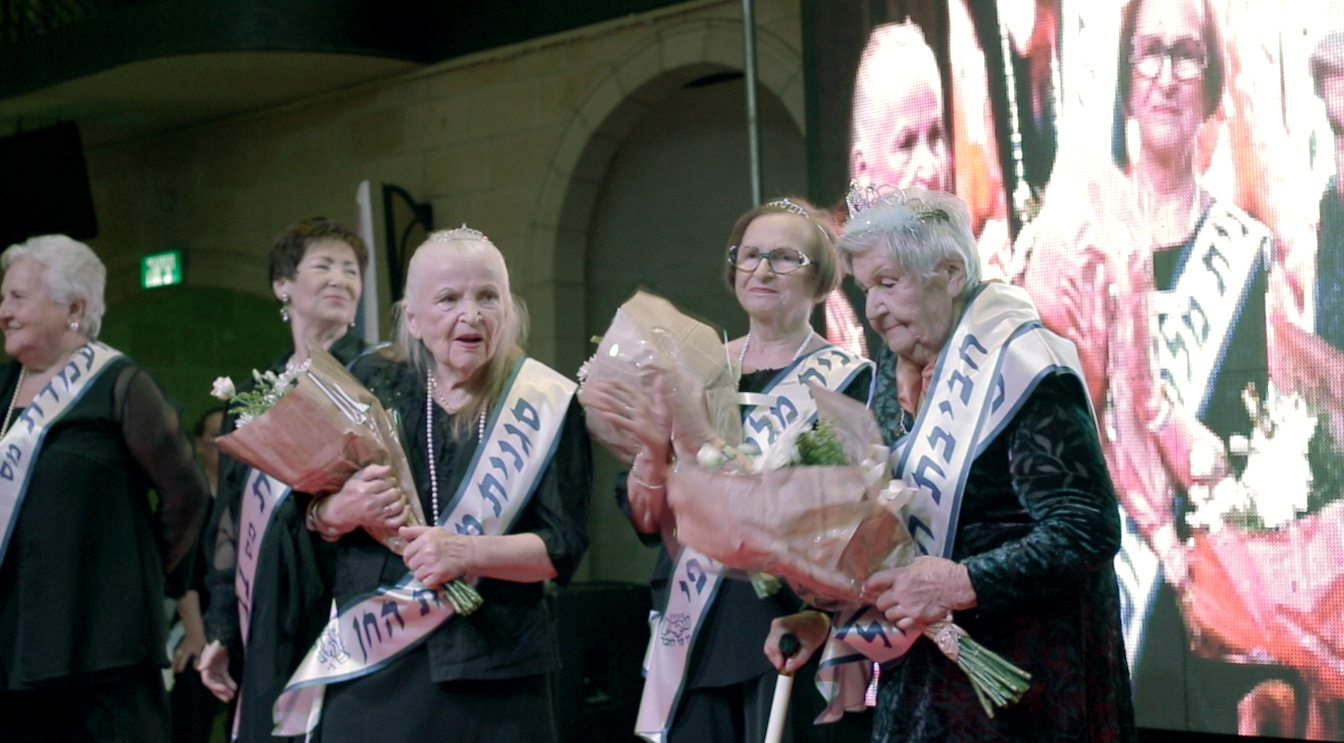 At the 67th Berlin IFF, director Michalina Musielak has an opportunity to win the Golden Bear and a nomination for the European Film Award. Her short documentary Miss Holocaust will screen in Berlinale Shorts alongside 22 films from 19 countries. This competition will be judged by jury members Christian Jankowski, Kimberly Drew, and Carlos Núñez.

Królewicz Olch (The Erlprince) and Butterfly Kisses in Generation 14plus Competition

Królewicz Olch (The Erlprince), a film co-financed by the Polish Film Institute, will compete for the Crystal Bear award in Berlinale’s Generation 14plus competition. Films in this section are judged by a jury of film professionals (this year’s jury members are Benjamin Cantu, Jennifer Reeder and Roberto Doveris) and a youth jury. Butterfly Kisses, a UK production directed by Rafał Kapeliński will also screen in Generation 14plus. This is the feature debut by the director of the acclaimed short Emilka płacze. The film features Polish actress Małgorzata Ścisłowicz (Wesele, Dzień Świra). Ścisłowicz plays the single mother of the main protagonist who suddenly discovers the dark secrets of his personality. The film’s Polish co-producer is Solopan. Aneta Ozorek, Polish festival programmer, film event producer and member of the European Children’s Film Association, will be one of the jury members of this year’s Kplus competition, another competition in the Generation section. 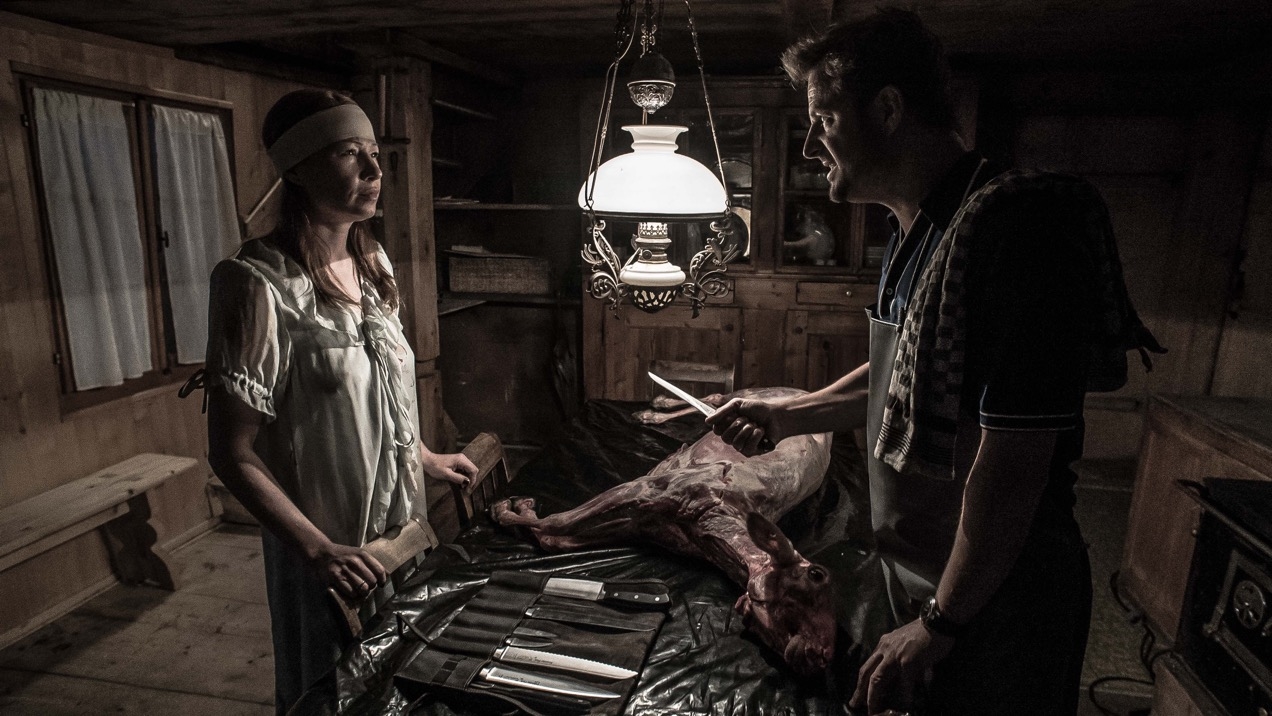 Zwierzęta (Animals/Tiere), a film directed by Greg Zgliński and co-financed by the Polish Film Institute, will have its world premiere in Berlinale’s Forum section. This Swiss-Austrian-Polish co-production will screen alongside 42 other films from around the world. For 29 of these films, Zwierzęta (Animals/Tiere) included, the Forum screening will mark their world premiere.

Greg Zglinski, director of Cała zima bez ognia (One Long Winter Without Fire), Wymyk (Courage) and the Paradoks TV series, not only directed the film, but also co-wrote it togethe with Jörg Kalt. The film was lensed by Piotr Jaxa and stars Birgit Minichmayr, Philipp Hochmair and Mona Petri. The film’s production designer was Gerald Damovsky, while Tanja Hausner was costume designer. The film’s producer on the Polish side is Łukasz Dzięcioł of Opus Film. Aleksandra Skraba was production manager. The film’s Swiss producer is Katrin Renz of Tellfilm, while the Austrian producer was Bruno Wagner of Coop99 Filmproduktion.

Serce miłości (A Heart of Love) and Rudzienko in Forum Expanded

Serce miłości (A Heart of Love), a film directed by Łukasz Ronduda and co-financed by the Polish Film Institute, and the documentary video essay Rudzienko by American artist Sharon Lockhart will screen in the festival’s Forum Expanded section. This segment of the Forum section was launched in 2006 and is dedicated to avant-garde, experimental works that broaden the traditional perspective on cinema.

Berlinale Special: documentary The Trial: The State of Russia vs. Oleg Sentsov 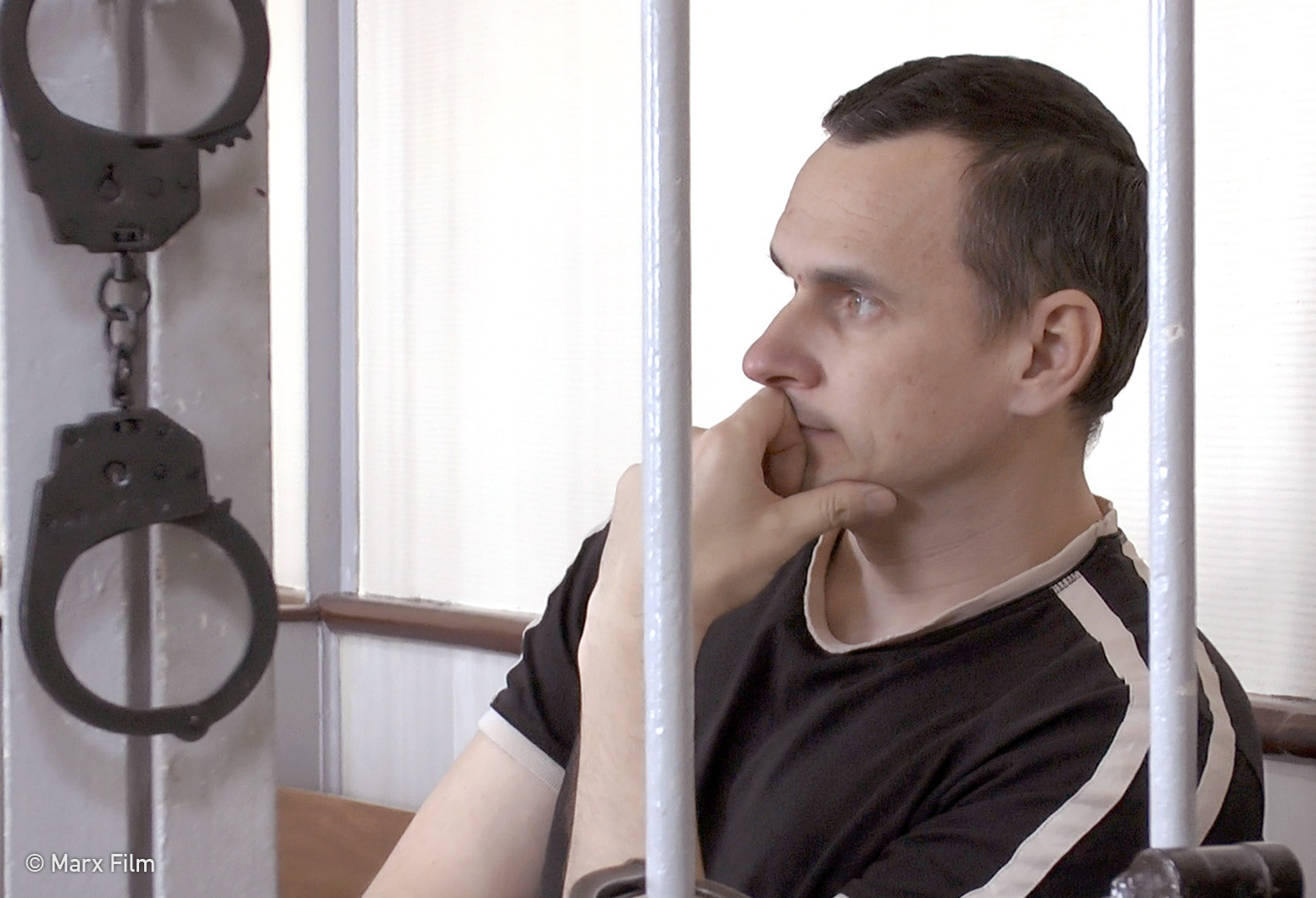 One of this year’s Berlinale Special screenings will be The Trial: The State of Russia vs. Oleg Sentsov, an international co-production directed by Askold Kurov and co-financed by the Polish Film Institute. This documentary was produced by Max Tuula (Marx Film), Maria Gavrilova, Dariusz Jabłoński, Izabela Wójcik, Violetta Kamińska (Message Film) and Česká televize (Czech Television). The movie was edited by Michał Leszczyłowski. The film looks at the Russian court trial of Ukrainian film director Oleg Sentsov, accused of terrorism and sentenced to 20 years imprisonment in a maximum security penal colony. But it’s not only a political-themed inquiry into the injustice in contemporary Russia. This is an absurd and frightening Kafka-esque story about how anyone can become a victim of the soulless state machine. The film also documents the solidarity shown to Sentsov by fellow filmmakers, including Agnieszka Holland, Krzysztof Zanussi and other members of the European Film Academy. The world premiere of The Trial: The State of Russia vs. Oleg Sentsov will mark the celebration of the 30th anniversary of EFA. 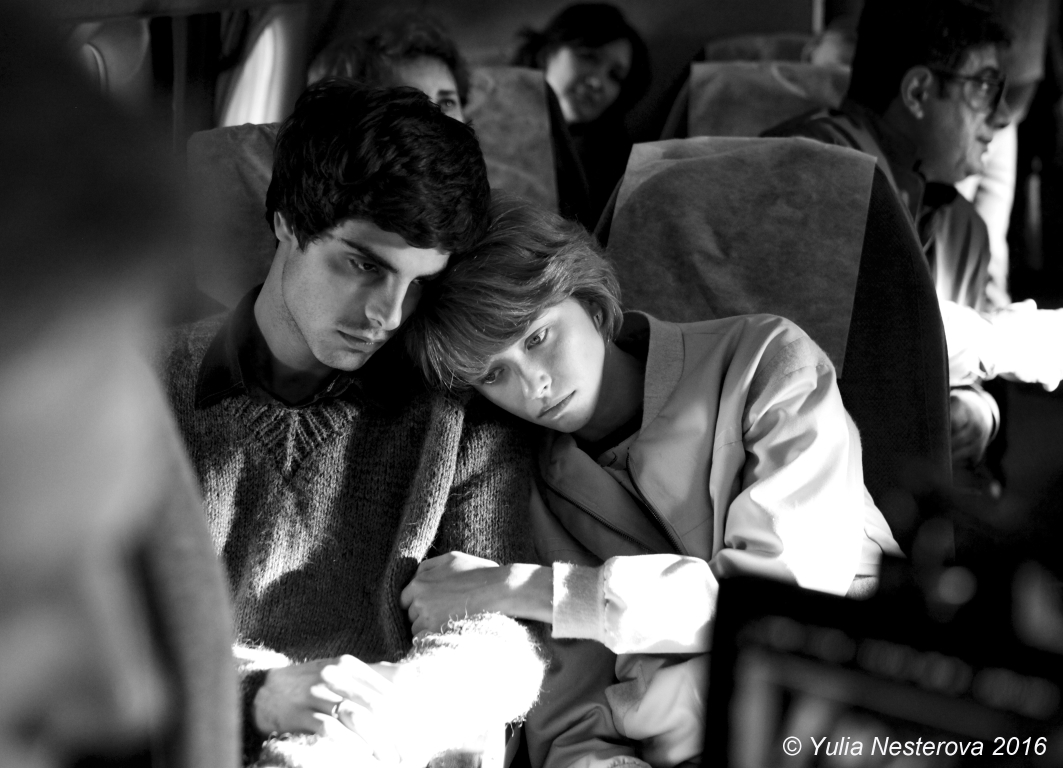 Hostages, a Georgian-Russian-Polish co-production directed by Rezo Gigineishvili, will screen in the Panorama section of the 67th Berlinale. Based on real events, the film is set in 1983. A group of young rebels tries to hijack a plane in Soviet-era Georgia. The film tells the story of their failed attempt and its repercussions. In a brilliant script, the young director managed to convey the extreme tension that accompanied preparations for the hi-jacking, as well as the chaos on board of the plane. The part of the film set a few years after those tragic events is filled with pain and sadness, but also with determination of the families to learn the truth about the events. The film’s Polish producer is Extreme Emotions and Ewa Puszczyńska. Polish involvement in the project includes the work of editor Jarosław Kamiński. 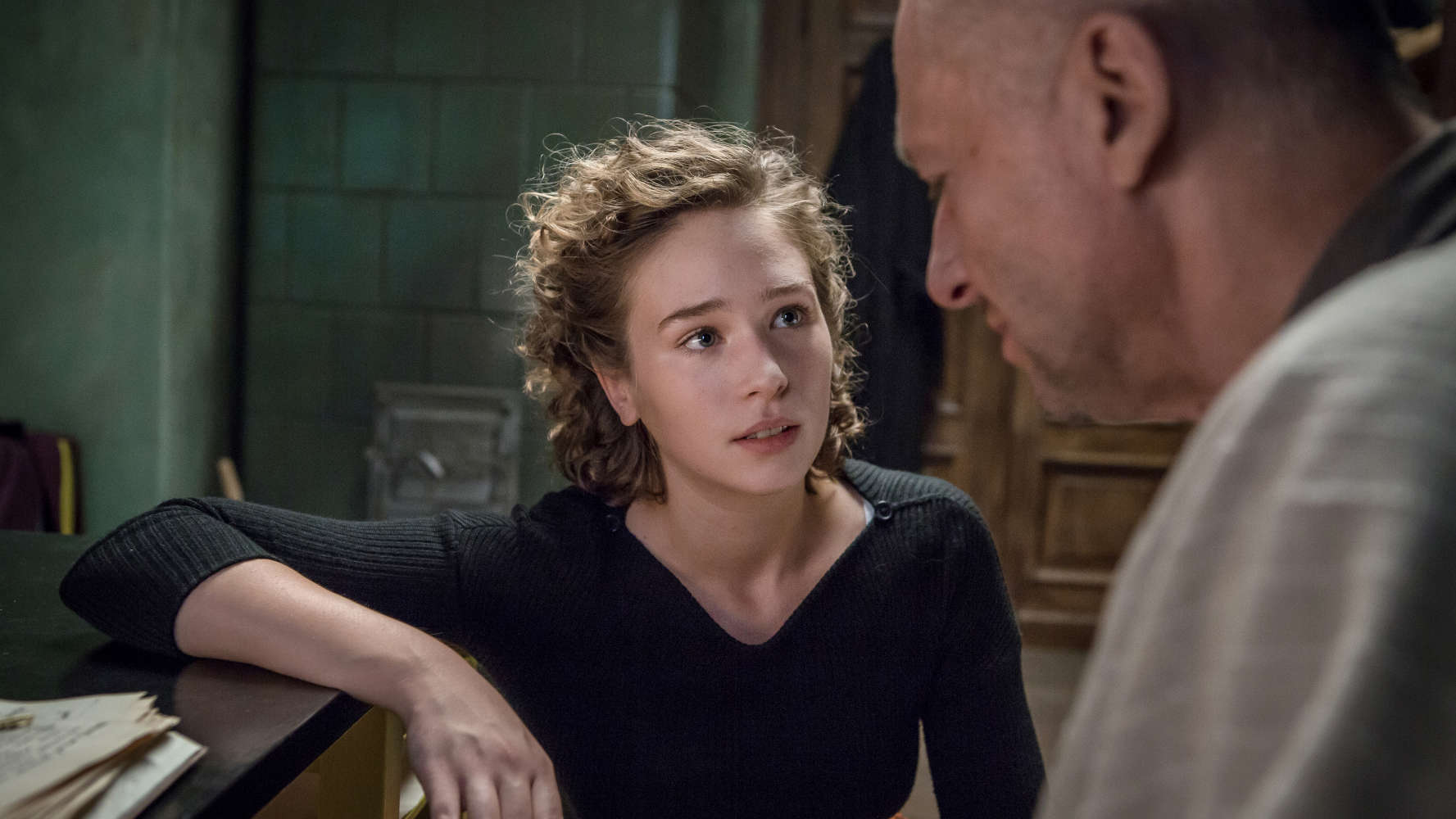 Shooting Stars is a special programme organised by European Film Promotion (EPF), aimed at promoting young talented European actors. This year’s Polish participant will be actress Zofia Wichłacz. The official presentation of Shooting Stars will take place on February 10-13 at the 67th Berlin IFF. This will mark the 20th edition of the event. Throughout the year, the Shooting Star actors will visit a number of international film festivals, participate in workshops and Q&A sessions as the new ambassadors of European cinema. 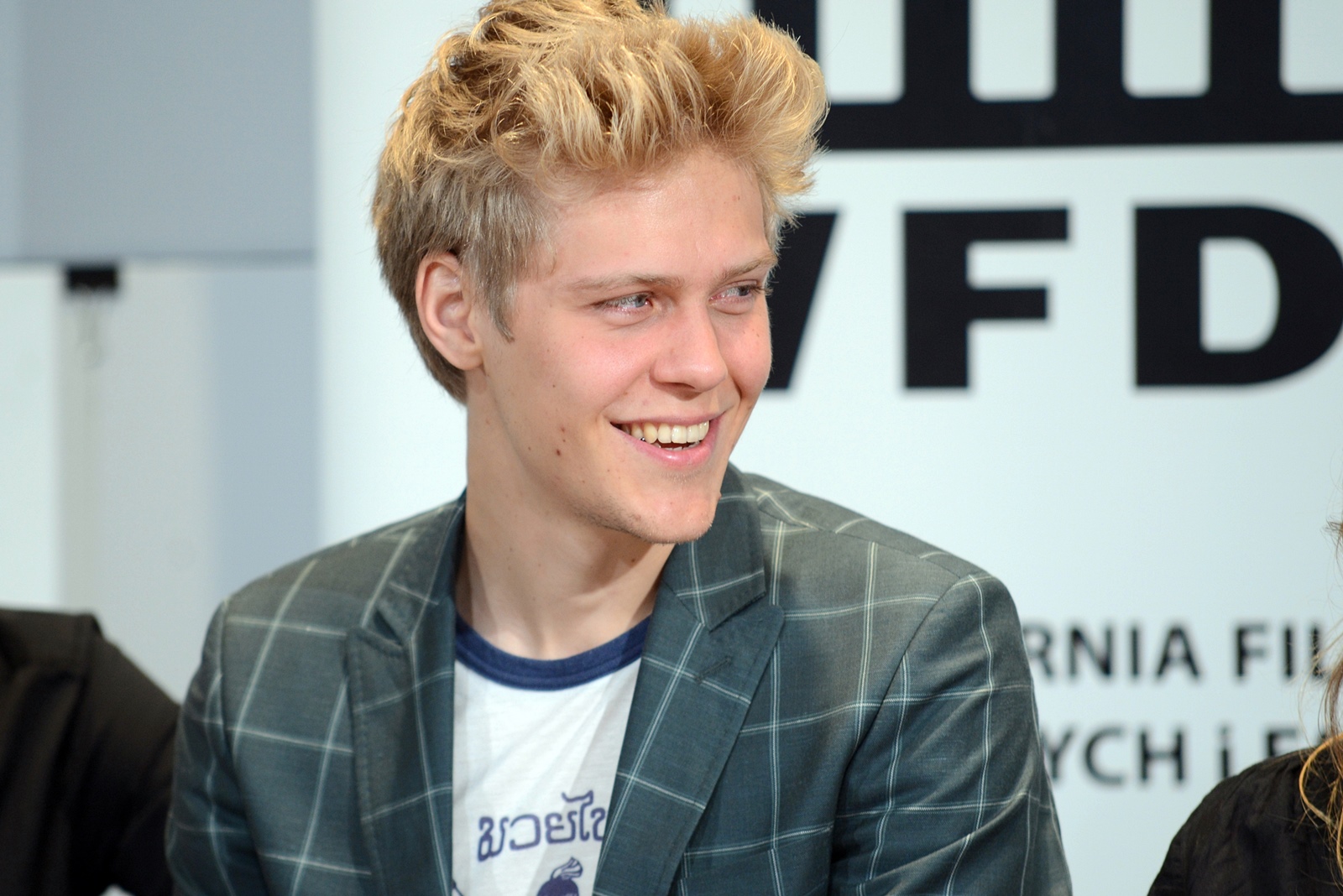 Actor Jakub Gierszał is on Variety magazine’s list of 10 Europeans to Watch 2017. February 11 will mark a special gala, co-hosted by Variety and Medienboard Berlin-Brandenburg. Slovenia is represented by Mitja Okorn, a director who often works in Poland — his works include Listy do M. (Letters to Santa) and Planeta Singli (Planet Single).

Polish Presence in Other Festival Sections

Further details are available at: www.berlinale-talents.de.

Further details are available at: www.efm-berlinale.de.

From Februrary 9 at Film Commission Poland website will be available new issue of Polish Film Magazine in electronic version: http://www.filmcommissionpoland.pl/about-fcp/polish-film-magazine/.