In the Name Of… / Baby Blues

February 7 marked the launch of the 63rd Berlin International Film Festival. The festival lineup this year features Polish films that were co-financed by the Polish Film Institute. The festival runs through February 17.

The lineup of the 63rd Berlinale Main Competition features 19 films from around the world, including W imię… (In the Name Of…), the latest film by Małgorzata Szumowska. The competition will be judged by an international jury; its members include Wong Kar Wai (chairman of the jury), Susanne Bier, Andreas Dresen, Ellen Kuras, Shirin Neshat, Tim Robbins, and Athina Rachel Tsangari. Szumowska’s film will compete for the following awards: the Golden Bear for Best Film, the Silver Bear for Best Director, Best Actor or Actress, Best Screenplay, the Alfred Bauer Award for opening new perspectives in film art, as well as the awards for Best Cinematography, Best Music Score, Best Editing, and Best Costume Design.

Małgorzata Szumowska’s latest film is her third feature to screen at Berlinale. Co-financed by the Polish Film Institute, In the Name Of… is the contemporary story of a priest who launches a help centre for troubled youths in a small parish. The good priest is well-liked by the community, yet he keeps the details of his complicated past a secret.

The screenplay was written by Małgorzata Szumowska and Michał Englert, who also lensed the film. In addition to lead performances by Andrzej Chyra and Mateusz Kościukiewicz, In the Name Of… features performances by Maja Ostaszewska, Łukasz Simlat, Tomasz Schuchardt, Maria Maj, Olgierd Łukaszewicz, as well as non-professional actors. The film wax produced by Mental Disorder 4, co-produced by Canal+, and co-financed by the Polish Film Institute, with world sales handled by Memento Films International and distribution in Poland by Kino Świat.

Bejbi Blues (Baby Blues) by Katarzyna Rosłaniec will screen in the Generation 14plus competition section and the Panorama section of this year’s Berlinale. Baby Blues is Katarzyna Rosłaniec’s second feature, after Galerianki (Mall Girls). The lead role was played by Magdalena Berus, with supporting role by Nikodem Rozbicki, Michał Trzeciakowski, Mateusz Kościukiewicz, Magdalena Boczarska, and Katarzyna Figura. The film was lensed by Jens Ramborg. The artistic supervisor was Małgorzata Szumowska.

From Toronto to Berlin

The world premiere of Baby Blues took place at the 37th Toronto International Film Festival. The film was produced by Mental Disorder 4 (MD4), and co-produced by Zentropa International Poland, Telekomunikacja Polska, and Warszawa Powiśle, part of Grupa Warszawa. Baby Blues was made in cooperation with the Warsaw Film Foundation and co-financed by the Polish Film Institute.

The Forum section of the 63rd Berlin IFF will feature Sieniawka, a film written, directed and lensed by Marcin Malaszczak. This video-art-styled film tells the story of the “journey into the irrational subconscious of humanity,” as is stated on the film’s official website. Stefan (Stefan Szyszka) travels through the post-industrial landscapes of no man’s land. His chance encounter with a stranger blurs the line between imagination and reality, while the past and the future intertwine. The film was produced by Michel Balagué, Marcin Malaszczak, Georg Tiller, and Andreas Louis (DFFB).

This Polish-German co-production was supported by the Polish Film Institute.

One of the side events of the Berlinale Talent Campus will be a breakfast meeting organized by the Polish Film Institute and the Wajda School to present the EKRAN programme. This event is scheduled for February 11. EKRAN is a unique European training programme for professional filmmakers, focusing on creative pre-production. This project is organized by Wajda Studio in cooperation with the Wajda School, the Polish Film Institute, the Focal foundation (Switzerland), Nordmedia (Germany), the Austrian Film Institute, the Audiovisual Institute of Croatia, and the Agora Foundation, with support from the European Union’s MEDIA Training programme.

Speakers at this breakfast meeting will include Wojciech Marczewski (Programming Director of the Wajda Studio and creator of EKRAN), Agnieszka Marczewska (head of the EKRAN programme), and Izabela Kiszka-Hoflik (head of the International Relations Department at the Polish Film Institute).

The lineup details are available at: www.efm-berlinale.de.

The 63rd Berlinale is also home to the second session of the seventh edition of the ScripTeast workshop for experienced screenwriters. The selection of twelve top projects from Eastern European countries includes three Polish projects: the new screenplays by Bartek Konopka and Przemysław Nowakowski  (“The Mute”), Małgorzata Pilacińska (“I Love You”), and Wiktoria Szymańska (“Traces”). This year-long programme is aimed at selecting the best screenplays in the region and allowing their authors an opportunity to work with some of the world’s most acclaimed filmmakers.

Further details about the 63rd Berlin IFF available at: www.berlinale.de.

The Polish Film Institute has also developed the New Polish Films 2013 app for the iPhone and iPad, available for download at: https://itunes.apple.com/pl/app/new-polish-films-2013/id597540170.

The Android version of the app will be available soon. 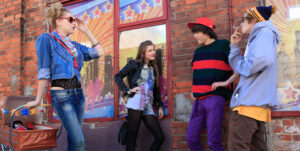 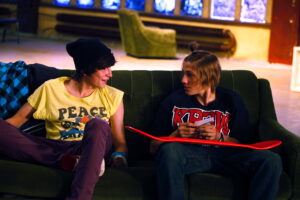 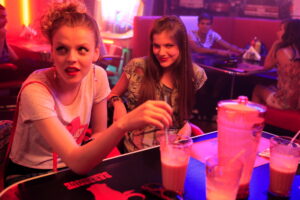 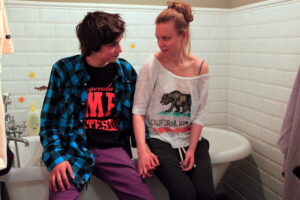 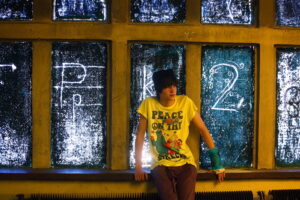 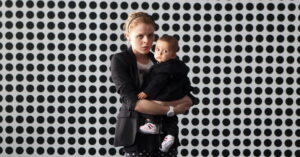 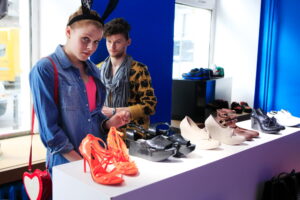 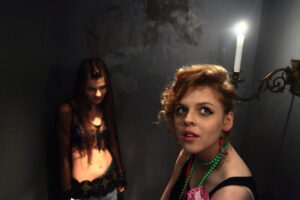 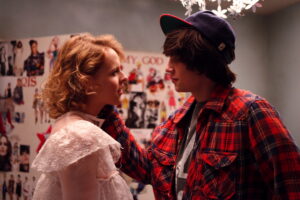