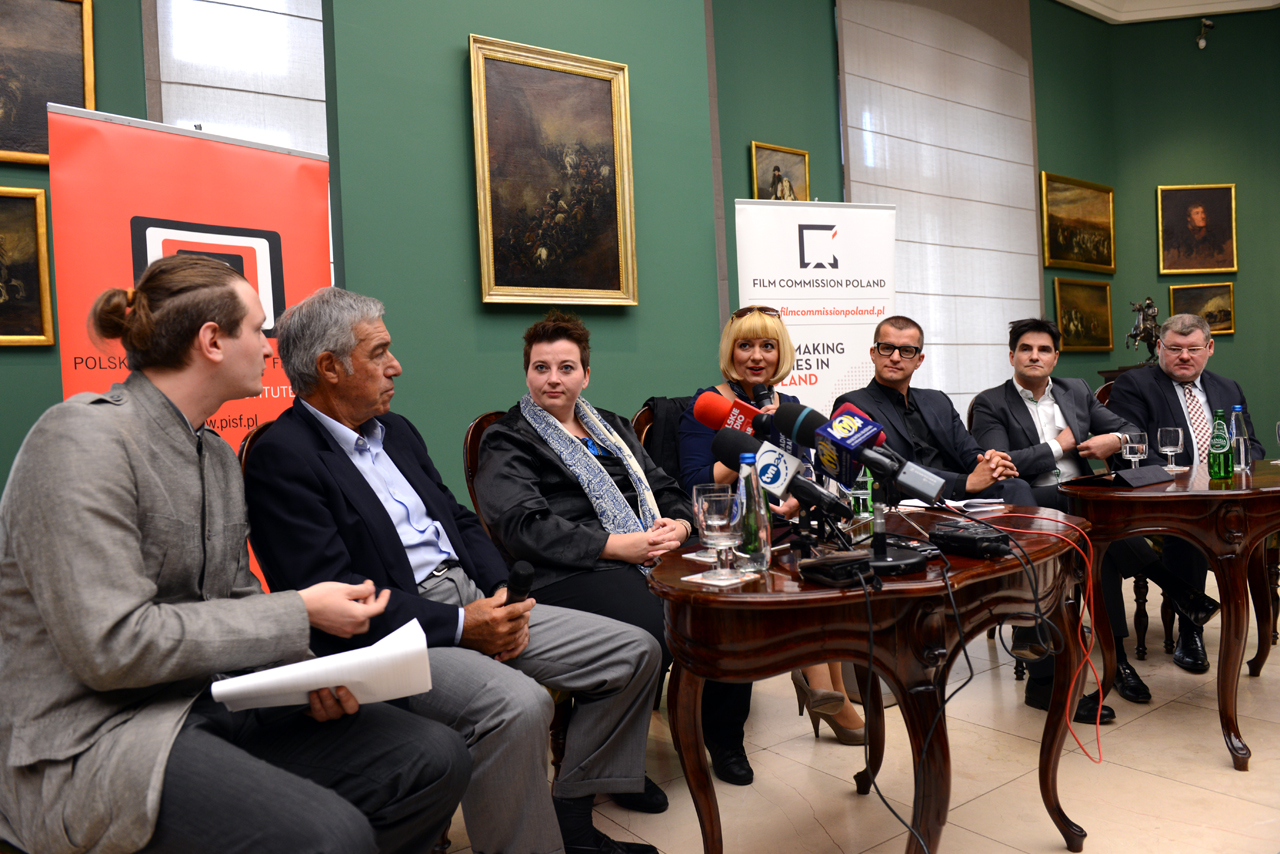 General director of the Polish Film Institute Agnieszka Odorowicz unveiled the reason behind Robert Benmussa’s visit to Poland: “The Polish Film Institute has long been involved in co-financing films by Roman Polański. We were involved in the making of both Carnage and Venus in Fur. These films have been well received by Polish audiences and have received many international film awards. Taking advantage of having the latest Polański project in the works, the Polish Film Institute, together with the Krakow authorities and Film Commission Poland, decided to try to convince the film’s producer, Mr. Robert Benmussa, to consider producing the film in Poland – ideally, in Krakow.”

On Monday, Roman Polański’s producer visited Alvernia Studios. He will also assess the production capacity of ATM Film Studio and WFDiF in Warsaw.

“This is a large-scale project, comparable with The Pianist. At this point we’re talking about a budget of approximately 35 million euros. The film is set in early 20th century Paris; we will have a lot of sets to build. That’s why we are visiting Polish studios,” said Robert Benmussa, emphasizing that each of Roman Polański’s films since The Pianist have had Polish crew members. The producer would like to continue with this trend.

Roman Polański’s new project with a working title of The Dreyfus Affair is based on “An Officer and a Spy”, a novel by Robert Harris. The film will be an international co-production made in English with English and American actors. The film tells the story of a Jewish-born French army officer who is arrested and sentenced to a long prison term. This political scandal sparked political and social unrest in France, leading to significant changes in the life of the country. Polański’s film will not only be a period drama, but also a spy thriller that relates to current events.

“The story has been written in a way that differs from biopics. The screenplay was written as a spy thriller. The film’s protagonist is colonel Picquart. He is a detective looking into the Dreyfus affair. In his movies, Roman Polański always focuses on one point of view, and it is the point of view of his main character. In case of The Dreyfus Affair, this approach caused two problems. First, Dreyfus himself was not likable character, and secondly, he was in prison while the scandal unfolded, so he could not be seen on screen,” said Robert Benmussa about the project.

Tomasz Dąbrowski, head of Film Commission Poland, believes that The Dreyfus Affair is a major opportunity for the Polish film industry. “I hope that there really is a chance for this project to be produced in Poland, not only because it is an exceptional artistic project, but also because it is a wide scale business enterprise.”

If the film’s post-production was done in Poland, it would benefit not only the major film studios; authorities of the Małopolska region hope that Roman Polański and Robert Benmussa will select Krakow as their destination. “We are very proud and happy to see that Roman Polański wants to return to Krakow. I think that the ambiance and the enthusiasm of the Krakow film industry will be beneficial for the film’s production here in Krakow. A key factor in this is the fact that Krakow has been developing its film image for years. The city today has not only a great filmmaking tradition, but also logistic, technical and operational capacity,” said deputy mayor of Krakow Magdalena Soroka.

The press conference also addressed the issue of other conditions necessary for producing The Dreyfus Affair in Poland. Robert Benmussa explained that shooting is scheduled to commence in spring of 2015. “We have yet to make the final decision. It depends on at least two factors. The first is a technical condition that is up to the film studios, and already at this stage we know that this condition has been met. The second factor is of a legal nature. We need confirmation in writing that Roman Polański’s status in Poland is that of complete security.”

Also present at the press conference were Roman Polański’s attorneys, Jerzy Stachowicz (of Stachowicz Ptak Adwokaci i Radcowie Prawni) and Jan Olszewski. “I hope that together with the government authorities we will be able to provide Mr Roman Polański with the security and legal comfort he needs to work on his plans in Poland – those related to the production of this film, and those of a more personal nature,” said Jan Olszewski. “Roman Polański has decided to live in Krakow,” added Jerzy Stachowicz. “He has taken permanent residence in the city and leased an apartment. He dreams of bringing his children here in order to show them where he grew up.”

Polish Film Institute: This project has a long history.

Robert Benmussa: Yes, this project has been in Roman Polański’s head for the past eight years. We were thinking about making a film about the Dreyfus affair, but he couldn’t find the right point of view. Then he suddenly discovered the character of colonel Picquart, who is a detective investigating the case; this was when he decided to turn the affair into a political thriller, a spy story. The screenwriting process took two years. In the meantime, Robbert Harris wrote his novel “An Officer and a Spy,” which will be published worldwide. The film will be true to all details of the period, but will place the affair in a universal context that also relates to current affairs. In my opinion, the character of colonel Pocquart has a lot to do with Edward Snowden.

Have you always considered locating part of the production in Poland?

Since The Pianist, all of our films have had something to do with Poland, whether it was filming here or at least having a Polish co-producer. This is the result of two factors – Roman Polański’s biography, and our positive experience while working on The Pianist. This film was widely regarded as a Polish production and received the Palme d’Or in Cannes as a Polish film. Our history with Poland is therefore rather long.

What are your impressions after visiting Alvernia Studios?

I knew what to prepare for, I knew it was a huge film studio. I was confident that the conditions would be appropriate. Poland has a great filmmaking tradition, so I wasn’t surprised to find something that meets world standards.

From your perspective as a foreign producer of a major project, what are the advantages and disadvantages of locating a film production in Poland?

There is one major advantage and one major disadvantage of filming in Poland. On the plus side, there is the quality of the film crew and competitive prices. The minus side is the lack of tax incentives that have long been introduced in other European countries, including France. If I were to take this opportunity to ask for something, it would be for creating the incentives necessary for foreign producers to want to produce more of their projects in Poland.