The Polish Cultural Institute is organizing a screening of Róża (Rosa) by Wojciech Smarzowski, in co-operation with EUNIC-member European Cultural Institutes. The film will screen as part of the Disappearing Act V series of European cinema.

Polish Film Selected as One of Top European Productions

Róża (Rosa) will screen at New York City’s Museum of the Moving Image on April 19. The film is part of Disappearing Act V, a series of 25 contemporary films from 25 European countries. In addition to Rosa, audiences will have an opportunity to see the Greek feature Attenberg by Athina Rachel Tsangari, Play by Swedish director Ruben Östlund, and the Serbian production Tilva Rosh, directed by Nikola Ležaić. On a side note, the world premiere of Róża (Rosa) took place at the Toronto IFF, and the film was also the opening film of the Brooklyn Film Festival, where Piotr Sobociński Jr. received the award for Best Cinematography.

The Disappearing Act V festival, organized annually since 2009, will run this year from April 10 through April 21. This festival showcases the latest films from 25 European countries, promoting films that have not had wide theatrical distribution in the US despite their success at international film festivals. Screenings will take place at the IFC Center (festival opening), the Czech Center, and the Museum of the Moving Image in New York City.

Disappearing Act is organized by several institutions including the Goethe-Institut New York and the Polish Cultural Institute New York, in cooperation with the Consulate General of Estonia, the Consulate General of the Slovak Republic, the IFC Center, Museum of the Moving Image, the Romanian Film Initiative, and various other organizations. Disappearing Act V is an official project of the European Union National Institutes for Culture (EUNIC), sponsored in part by the Trust for Mutual Understanding and the EU Delegation to the United Nations. The festival was produced and is curated by Irena Kovářová. 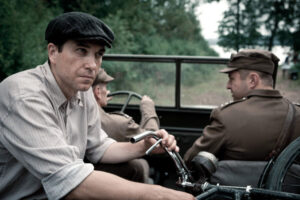 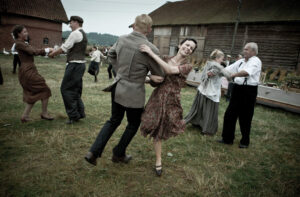