Sanctuary, a film directed by Norah McGettigan and co-financed by the Polish Film Institute, has been nominated for the British Independent Film Awards in the following four categories: Best Film, Best Director, Best Actress (nomination for Anne-Marie Duff) and Best Supporting Actress (nomination for Agnieszka Żulewska). As part of the British Independent Film Festival lineup, Sanctuary will screen in ten cinemas across the United Kingdom.

Sanctuary was made in co-production between Ireland and Poland. The film’s Irish producer was Venom Film, with Wajda Studio as the producer on the Polish side. Sanctuary had its world premiere at the Fleadh International Film Festival in Galway, Ireland. The Polish premiere took place at the ‘Young and Cinema’ Festival of Film Debuts.

Sanctuary tells the story of Jan (Jan Frycz). Returning home from a business trip, he finds his wife’s body in the garden. Her suitcases are packed, which suggests that she had been planning to move out. Nadia (Agnieszka Żulewska), their adult daughter who for years has been unable to find any common ground with her father, comes home. Using a business trip to Ireland as an excuse, Jan flees his complicated family situation. Once in Ireland, he meets Marie (Anne-Marie Duff). An emotional bond forms between these two people in the golden age of their lives.

Sanctuary received the Best of Show award at the Indie Fest in California. For her performance as the female lead, Anne-Marie Duff was nominated for an IFTA award (awards for best Irish film and television productions). She also received the Best Actress award at the 31st ‘Young and Cinema’ Festival of Film Debuts, where the film also won the Amber Award for Best Sound. Norah McGettigan was also nominated for the Andrzej Munk Award for Best Director in 2012.

A Project Developed Within the EKRAN Programme

In autumn of 2012, Sanctuary was released theatrically in Poland, with distribution handled by Best Film. Norah McGettigan developed the project within the EKRAN international programme, organized by Wajda Studio and co-financed by the Polish Film Institute. Her previous project with Wajda Studio was Jak to jest być moją matką (What It’s Like to Be My Mother), a short feature starring Izabela Kuna. The film received a Special Prize in the Young Cinema Competition at the Gdynia Film Festival in 2008, and was recognized at film festivals in San Sebastian, Wiesbaden and Munich.

Sanctuary in the United Kingdom

The British Independent International Film Festival runs from April 29 through May 27, with screenings taking place in ten cinemas across the United Kingdom. Sanctuary competes for the Best Film award against three other nominated films. The first screening of Sanctuary will take place on May 4 at the Empire Cinema in London’s Leicester Square. Screenings will then continue throughout May in various cinemas across the United Kingdom. 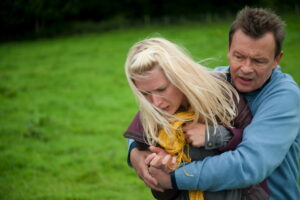 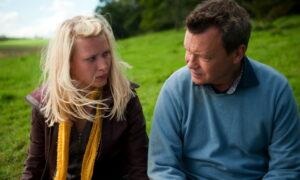 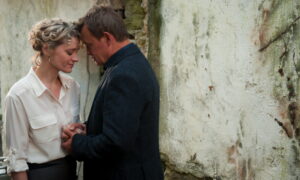 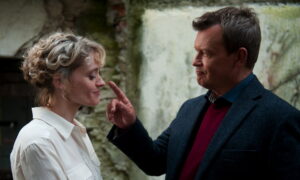 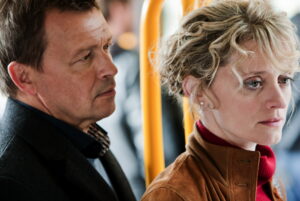