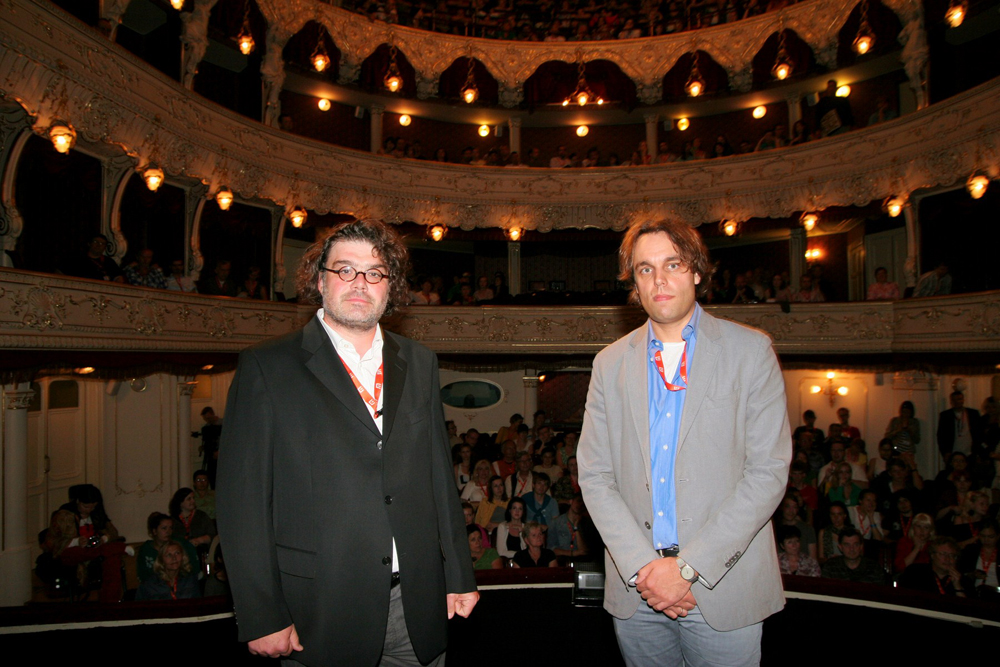 Grzegorz Łoszewski and Filip Marczewski at the Shameless screening in Karlovy Vary. Photo by Mariusz Trzciński

July 2 marked the international premiere of Bez wstydu (Shameless) by Filip Marczewski at the 47th Karlovy Vary International Film Festival. Shameless features in the festival’s East of the West competition.

The screening of Shameless, a film co-produced by the Polish Film Institute, was followed by a Q&A session with the filmmakers. Audiences had an opportunity to talk with director Filip Marczewski and screenwriter Grzegorz Łoszewski.

Questions from the audience addressed with the story behind the making of Shameless: “A few years ago at one of the international film festivals, my previous film Melodramat (Melodrama) screened in competition, and Jan Svěrák was one of the jury members. Impressed by the film, Svěrák suggested the story should be developed into a full feature,” said Marczewski when asked about his inspiration. “In the short film, we were barely able to graze the surface of the issue of incest and the brother-sister relationship. In the feature, it made sense to make the characters older,” said Marczewski.

There was a number of questions about the performance of Mateusz Kościukiewicz, who had won the Best Actor award together with Filip Garbacz at the Karlovy Vary festival in 2010 for their roles in Matka Teresa od kotów (Mother Teresa of Cats) by Paweł Sala. “When I met Mateusz Kościukiewicz, he struck me as being perfect for this part. There is something about Mateusz that really fits my protagonist,” said Filip Marczewski.

“We envy the Polish filmmakers for being able to make such a good film about an issue that is of great interest to us, Czech people. What was it like to shoot the film in the Roma community?” was another question from the audience. Filip Marczewski talked about his 18 months of research, and about the friendships that developed during numerous meetings. “I think that everything I showed on screen is realistic,” he said, noting that his experience in documentary filmmaking was very helpful when filming in the Roma district.

Screenwriter Grzegorz Łoszewski spoke about the long way towards cooperation with the young director. “It was after I saw his film Melodrama, which I had the opportunity to judge as a jury member at one of the festivals where it screened and subsequently received an award. That’s when I knew that I really wanted to work with him,” said Łoszewski. 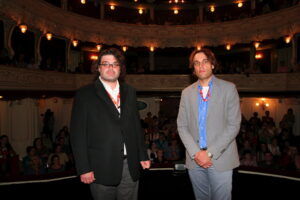 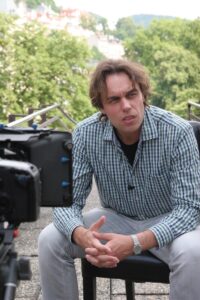 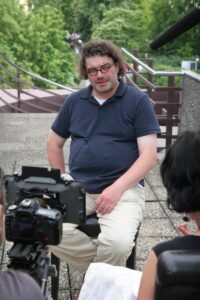 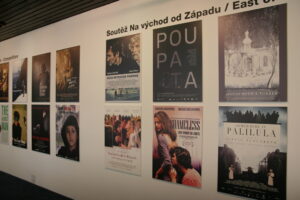