On May 24, 2015 finished the 68th  Cannes International Film Festival. The festival lineup featured several films co-financed by the Polish Film Institute. In the event also took part the representatives of the Polish film industry.

The World Premiere in Directors’ Fortnight 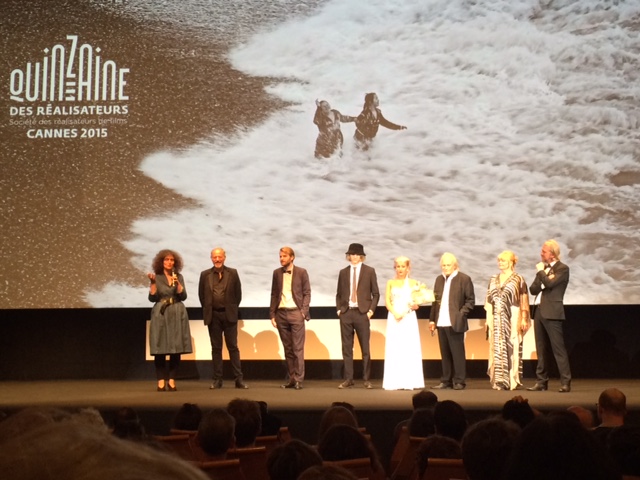 The 68th Cannes International Film Festival on May 21, 2015 marked the world premiere of The Here After (Polish title: Intruz), the feature debut from director Magnus von Horn.

The Here After has been very well received by the audience and it got a standing ovation.

Co-financed by the Polish Film Institute, this Polish-Swedish co-production screened in the Cannes festival’s prestigious Directors’ Fortnight section, which in years past screened the early films of such directors as Martin Scorsese, Michael Haneke, and the Dardenne brothers.

Thew review of The Here After in Screen Daily.

The review of The Here After in the Hollywood Reporter.

The review of The Here After at Cineuropa website.

The photos from the premiere at Directors’ Fortnight website.

After being released from a juvenile detention centre, John wants a fresh start. But in the small community to which he now returns, his crime has been neither forgotten nor forgiven. John’s return brings out the worst in people; a lynch is in the air. Feeling abandoned by old friends and loved ones, John begins to lose hope. The same aggression that once landed him in prison now begins to build up again. Unable to deal with his past, John decides to confront it.

Intruz (The Here After) marks a double debut by director Magnus von Horn and producer Mariusz Włodarski. The project was developed within the framework of the Passion to Market programme, a series of workshops co-financed by the Polish Film Institute and organized for graduates of three European film schools: the Łódź Film School, the National Film and Television School in London, and La Fémis in Paris. The film was produced by Mariusz Włodarski (Lava Films) and Madeleine Ekman (Zentropa International Sweden), co-produced by Cinema Defacto (France), Opus Film (Poland) and Film I Vast (Sweden) and features performances by Ulrik Munther, Mats Blomgren, Alexander Nordgren and Wiesław Komasa. The film was lensed by Łukasz Żal. 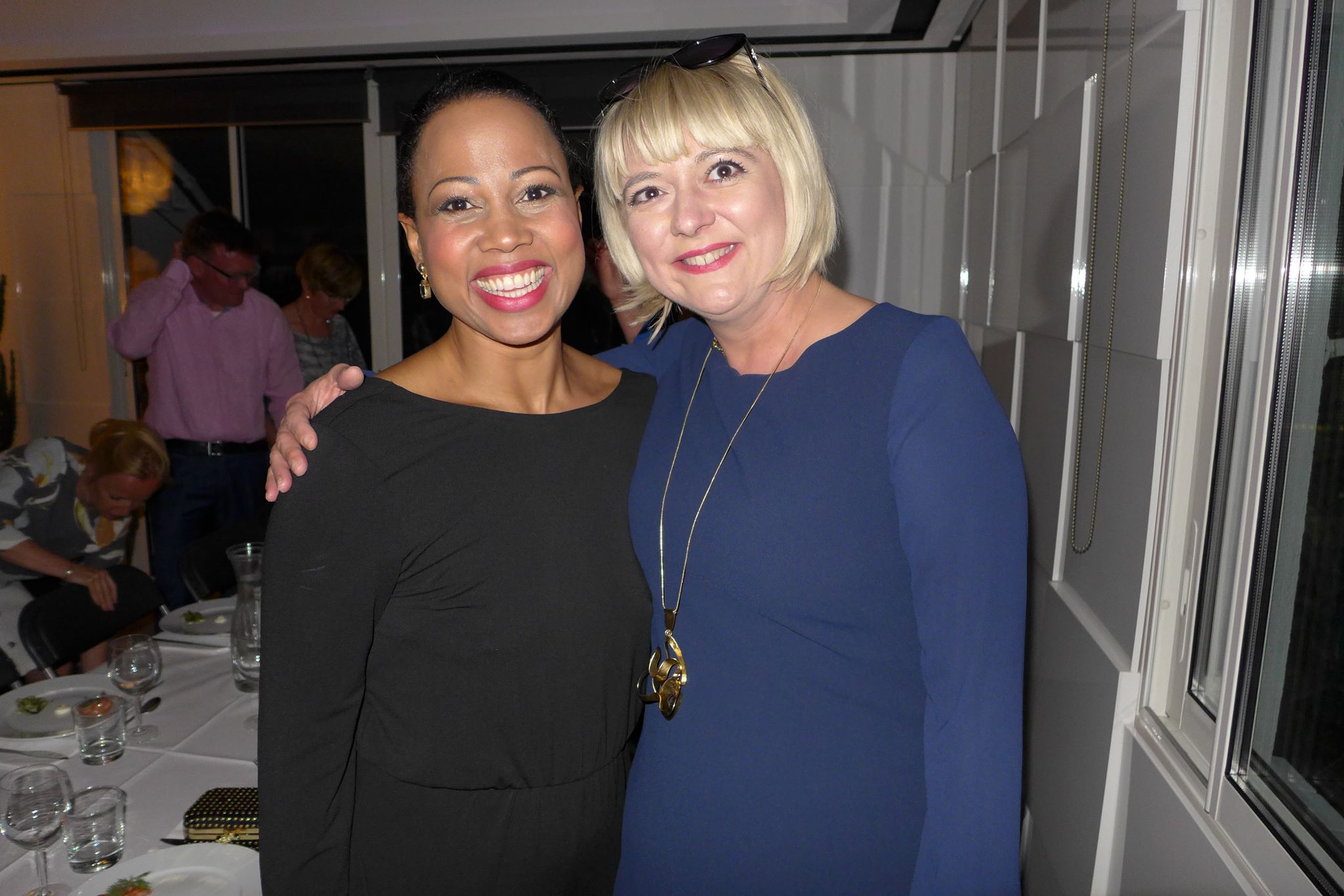 On May 16, 2015 took place the ceremonial dinner attended by Minister for Culture and Democracy of Sweden Alice Bah Kuhnke, General Director of the Polish Film Institute Agnieszka Odorowicz, producers, co-producers and creators of The Here After, first film co-financed by the Polish Film Institute, made by Magnus von Horn, the graduate of Lodz Film School.

Mariusz Włodarski – Producer on the Move 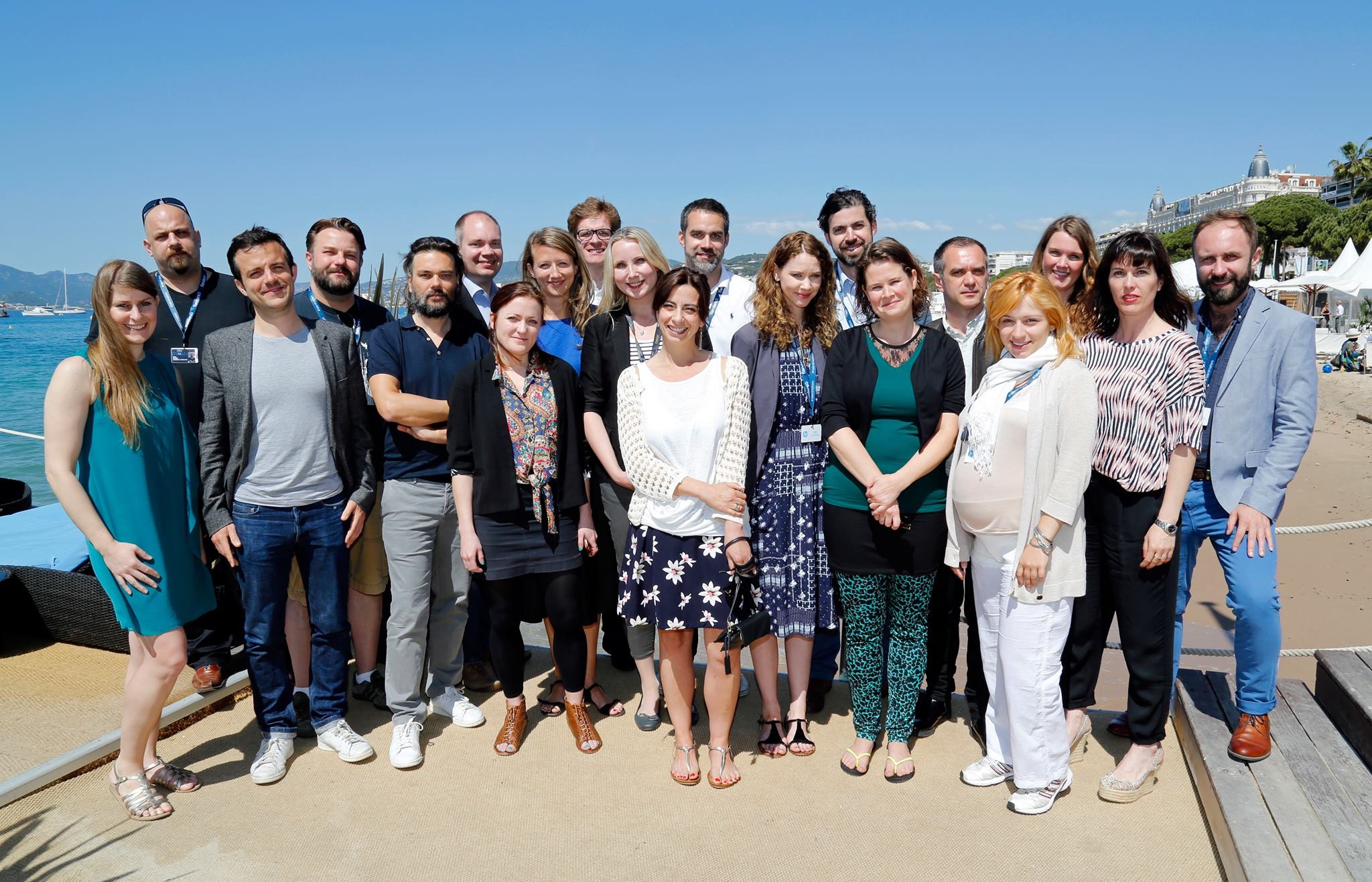 Produers on the Move 2015, Mariusz Włodarski from Poland (Lava Films) is first from the right, fot. Kurt Krieger EFP

During this year’s Cannes film festival, the film’s producer Mariusz Włodarski participated in the prestigious ‘Producers on the Move’ workshop for talented young European film producers. This year’s 16th edition of the workshop, organized annually in Cannes by European Film Promotion, as attended by 20 young producers from across Europe. Participation in the programme is aimed at building a network of industry professionals who will play an increasingly significant role in European filmmaking. For the past five years, the programme has also been supported by Eurimages. Polish participants in the ‘producers on the Move’ workshop in past years included Mikołaj Pokromski (2014), Agnieszka Kurzydło (2013), Marta Plucińska (2012), Łukasz Dzięcioł (2011), and Kamila Polit (2010). This year’s ‘Producers on the Move’ workshop run from May 15 through May 18, during the 68th edition of the Cannes International Film Festival.

Further details about the programme are available at: www.efp-online.com. 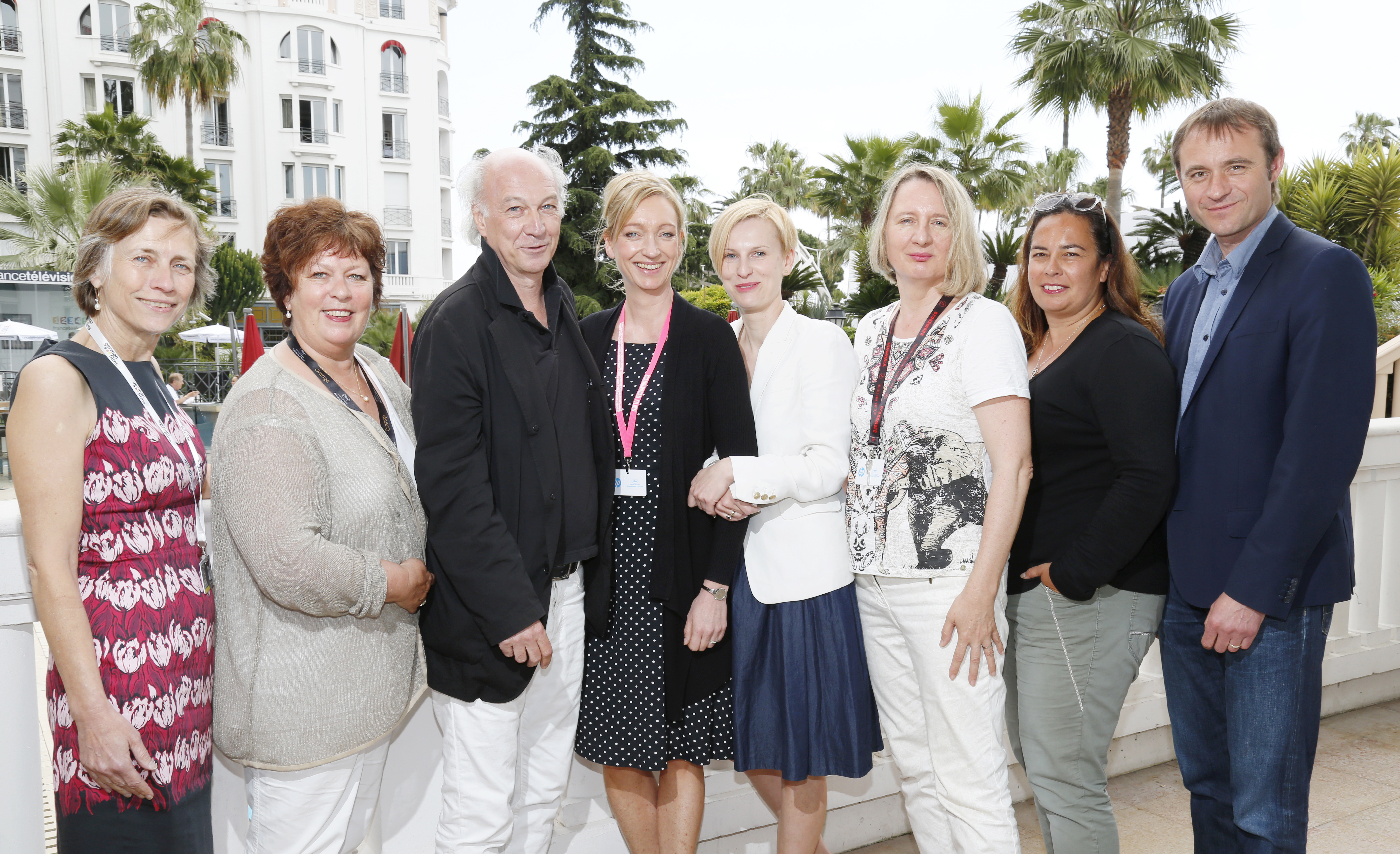 Further details about the New Board of Directors are available at: www.efp-online.com.

The Cannes festival’s Cinéfondation section was launched in 1998. Among the members of this year’s competition jury was Polish actor Daniel Olbrychski, who was judging the section’s 18 competition entries with fellow jurors Joana Hadjithomas, Rebecca Zlotowski, Cécile de France, and jury chairman Abderrahman Sissako. This jury also selected the winning film among nine shorts nominated for the Palme d’Or. It is a fact worth mentioning that the first winning film in the Cinéfondation section in 1998 was a Polish film – Jakub, directed by Adam Guziński. More informaction about the winners at Cinefondacion.com.

This year’s lineup of the festival’s ACID section featured nine films from around the world. One of these was Crache-Coeur ( working title “Desempares” or “Zagubieni”), a Polish-French feature debut directed by Julia Kowalski and co-financed by the Polish Film Institute. The film’s Cannes screening marked its world premiere.

The selection of films screening in the ACID section is made by members of the Association du Cinéma Indépendant pour sa Diffusion (ACID), an association aimed at promoting independent cinema.

Further details are available at the association’s website: www.lacid.org.

Film by First-Time Filmmaker, Supported by the Polish Film Institute

Crache-Coeur was produced by Maria Blicharska and Monika Sajko-Gradkowska of Donten&Lacroix Films and by Mina Driouche, Valerie Donzeli and Jeremie Elkaim of Les Films de Francoise. The project had been developed thanks to support of the CNC and the MEDIA programme. Made as an international co-production, Crache-Coeur features performances by Andrzej Chyra and Artur Steranko, and was co-financed by the Polish Film Institute. The film was shot on location in France and in Poland.

27 Polish short films screened in the festival’s Short Film Corner. Polish films were shown in three sections: a showcase of the best films from the Łódź Film School, a screening of films from Munk Studio, and Polish Shorts. On a side note, programmers of the Coup de Coeur section, a showcase of the most interesting films in the whole Short Film Corner lineup, have also selected two Polish films: the Sundance award-winning short Obiekt (Object) by Paulina Skibińska (Munk Studio) and Inka by Monika Majorek (Warsaw Film School). The Coup de Coeur lineup also featured Tata, a Polish-Belgian co-production directed by Alexandre Gilmet. 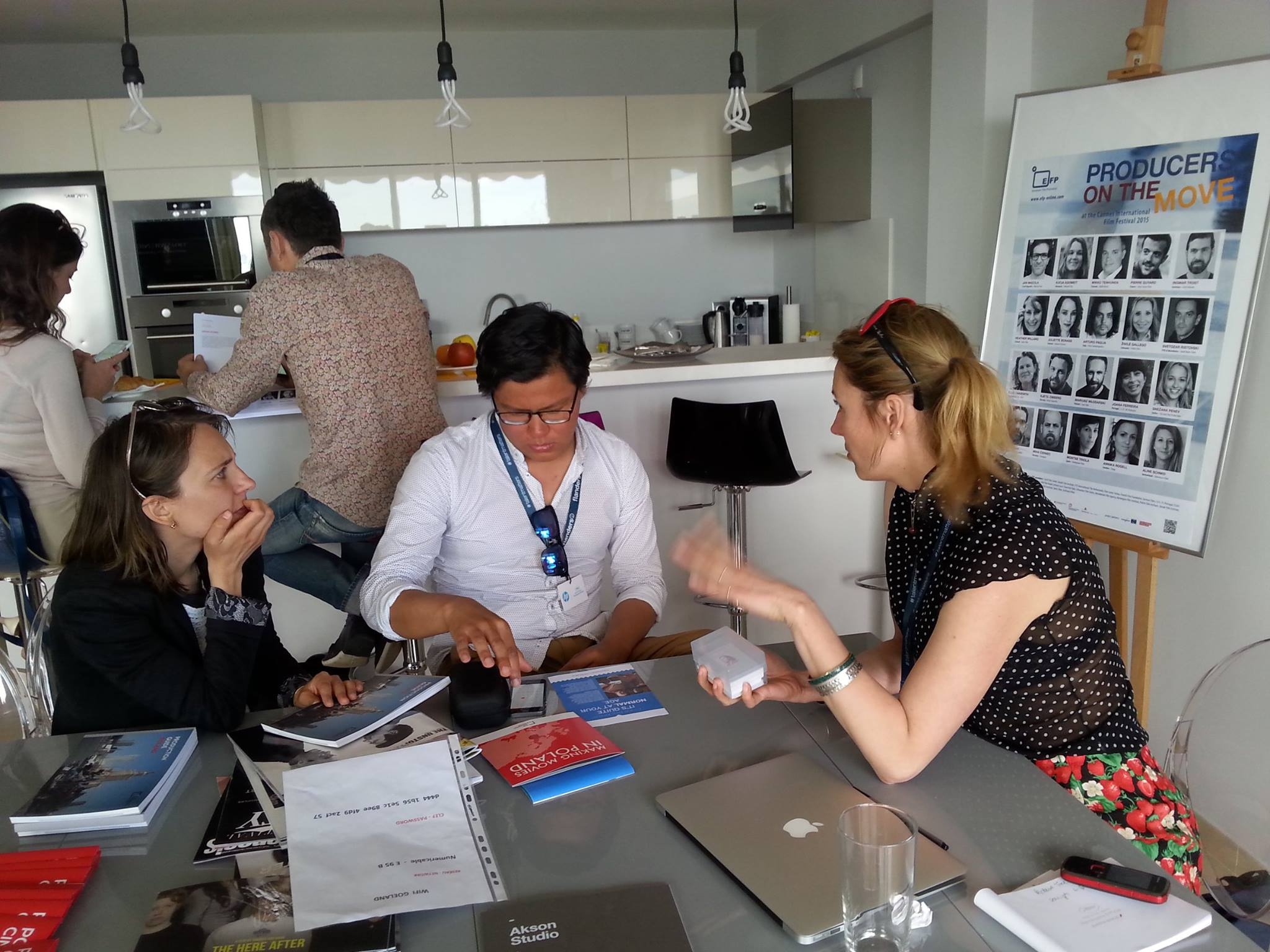 The Forum on Co-Producing with Poland 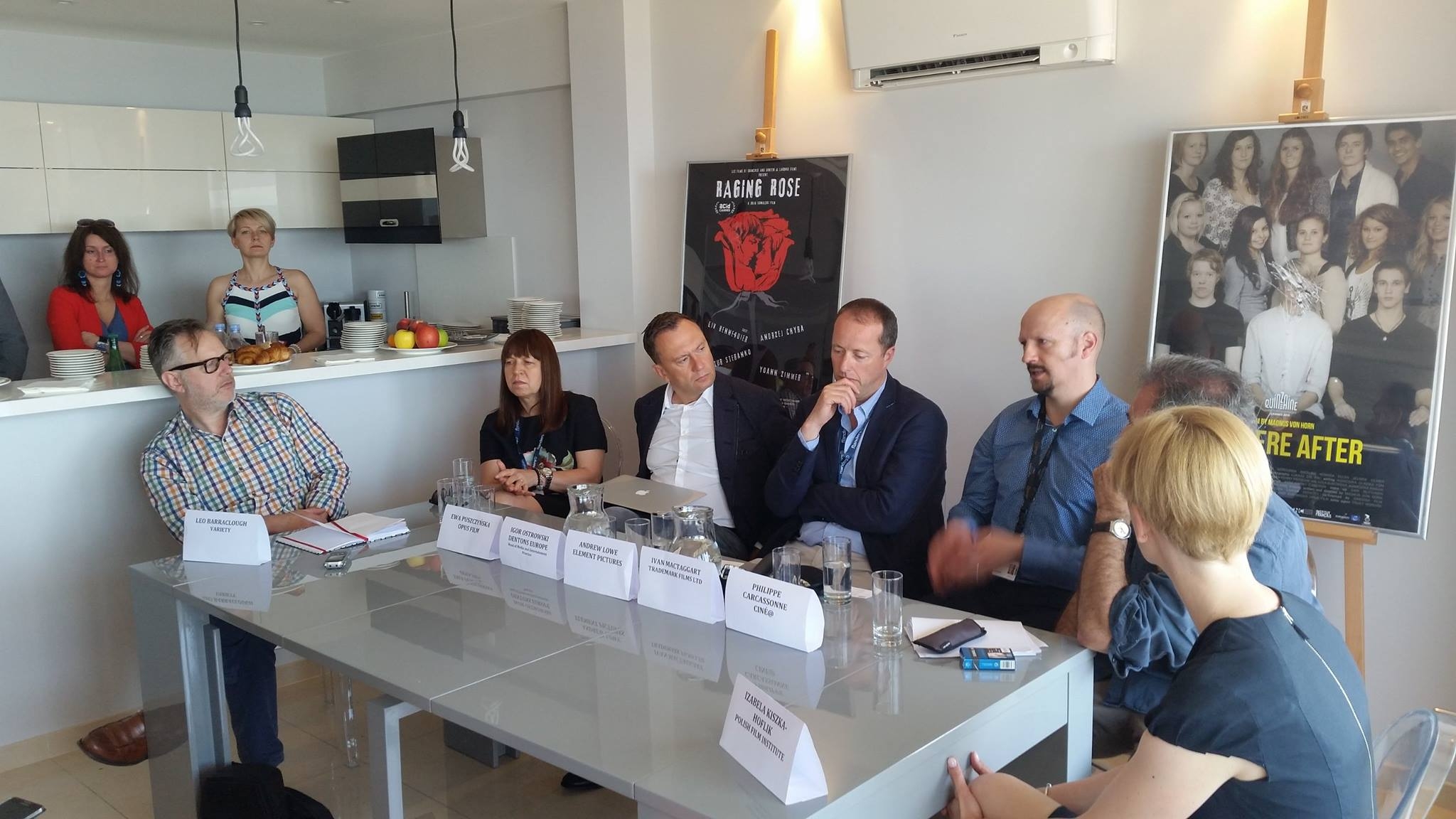