"The Best Fireworks Ever" at 70th Cannes Film Festival

Aleksandra Terpińska’s feature, The Best Fireworks Ever, has been selected for the Short Films section of the 56th edition of La Semaine de la Critique at the Cannes Film Festival! The film was produced by Munk Studio, which operates within the structures of the Polish Filmmakers Association (PFA), and the screening in Cannes will be its world premiere.

Aleksandra Terpińska says that “It’s an amazing culmination of a particular phase of making shorts. To me, this success is a reward for the years of work so far, which is why I’m thrilled almost beyond words”.

The Best Fireworks Ever is set in a contemporary European city and it tells the story of a day in the lives of three young friends who are forced to change their plans for the future in the face of armed conflict in their country. The film features Justyna Wasilewska, Malwina Buss and Piotr Polak in the leading roles and cinematography by Michał Dymek, with Beata Rzeźniczek as its executive producer.

The Artistic Director of Munk Studio-PFA, Jerzy Kapuściński, remarks that “This is the second time Munk Studio has had a film in competition at Cannes. And again, it’s a source of immense delight. We know that every artist dreams of their film having its premiere there. We had faith in the success of Aleksandra Terpińska’s film from the outset and we firmly believe that Cannes is the perfect springboard for her”.

The film was made on the basis of Aleksandra Terpińska’s winning entry to the Blind Chance thirty-minute screenplay competition held by Telewizja Kino Polska (Polish Cinema TV), the Polish Audiovisual Producers’ Chamber of Commerce, Munk Studio-PFA and TOR Film Production in 2016 to mark Kieślowski Year. Munk Studio-PFA is the producer of the film and the other organisers of the competition are the co-producers, along with MX35 and Dreamsound. Ewa Jastrzębska, Production Director for Munk Studio, notes that “The Best Fireworks Ever caught my interest at the screenplay stage. But with such a tight timescale and such a modest budget, I did wonder whether a team of young filmmakers would succeed in accomplishing all the concepts and scenes. And, believe me, they weren’t easy. Nonetheless, the entire team has proved that, even with tight time limits and a small, fixed budget, it’s possible to make the film you want to make and without departing from the screenplay or going for the easy way out, either”.

Distribution of the film is being handled by New Europe Film Sales, the company responsible for representing this year’s winner of the Oscar for Best Live Action Short Film, Sing, and works by Ruben Ostlund and Magnus van Horn, amongst others.

A director and screenwriter of short films, commercials and music videos, Aleksandra Terpińska studied directing at the University of Silesia in Katowice and psychology in Wrocław. In addition to The Best Fireworks Ever, she has three earlier short features to her name, All Soul’s Day (aka Halloween; 2012), Chicken (2013) and America (2015), as well as a mid-length documentary, Czech Swan (2015).

All Soul’s Day (aka Halloween) has been screened at more than a hundred festivals, including San Sebastian, Palm Springs, Los Angeles, Edinburgh and Clermont-Ferrand, winning a total of sixteen awards, with the Grand Prix at the International Short Film Festival in Drama (2013), the Main Prize in the Short Feature Competition at FilmFestival Cottbus (2013) and the Polish Film Institute and Mastershot Award for cinematographer Bartosz Bieniek at the Camerimage International Film Festival (2012) numbering amongst them. 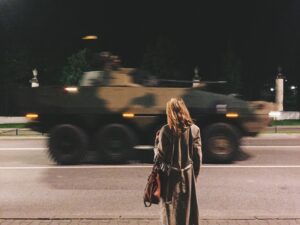 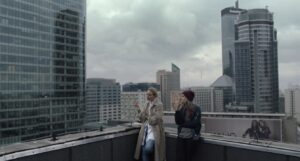 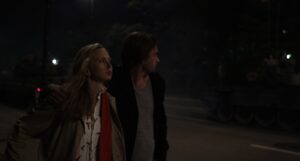 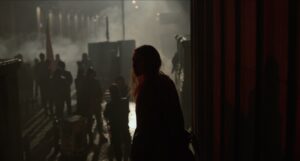 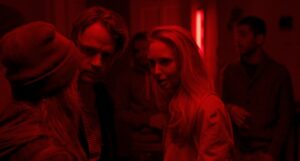 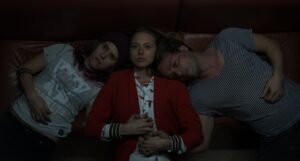