Intruz (The Here After), the feature debut by director Magnus von Horn, received the Swedish Film Awards for Best Film, Best Director and Best Supporting Actor. The film was co-financed by the Polish Film Institute. 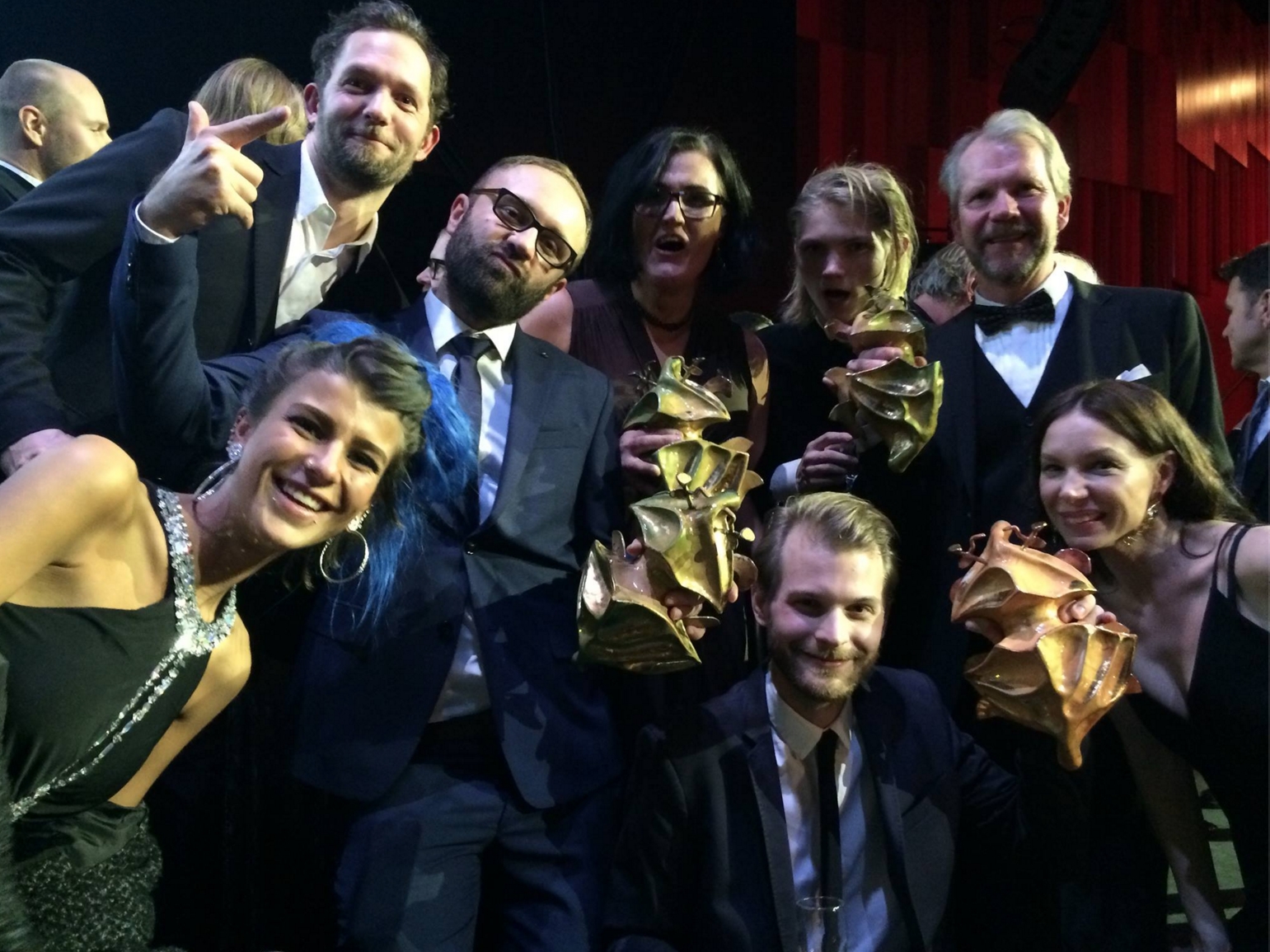 Creators of Intruz (The Here After), photo courtesy of Lava Films

Intruz (The Here After) was also nominated in the Best Actor category (nomination for Ulrik Munther).
In 2012, Magnus von Horn’s student film Bez śniegu (Without Snow), made at the Łódź Film School, was nominated for the Swedish Film Awards in the Best Short Film category.

World Premiere in Cannes and Awards in Gdynia

Intruz (The Here After) had its world premiere at the 68th Cannes International Film Festival, screening in the festival’s prestigious Directors’ Fortnight. In years past, this festival section screened the early films of such acclaimed directors as Martin Scorsese, Michael Haneke, and the Dardenne brothers. Intruz (The Here After) was also in official selection at the 63rd San Sebastian International Film Festival, screening in the Zabaltegi section.

The film had its Polish premiere at the 40th Gdynia Film Festival, screening in Main Competition. Magnus von Horn received the award for Best Director and Best Screenplay. Agnieszka Glińska received the Best Editor award for her work on Intruz (The Here After) and 11 minut (11 Minutes).

Intruz (The Here After) brings together Scandinavian aesthetics and approach to storytelling with emotional force straight out of the Polish filmmaking tradition. Director Magnus von Horn was born in Sweden; his film however, while set in Sweden, was itself born in Poland. Intruz (The Here After) is a double debut, marking the first major work for both director Magnus von Horn and producer Mariusz Włodarski.

The project had been developed within Passion to Market, a series of workshops for graduates of three European film schools: the Łódź Film School, London’s National Film and Television School, and La Fémis in Paris.