"To Kill a Beaver" in Karlovy Vary 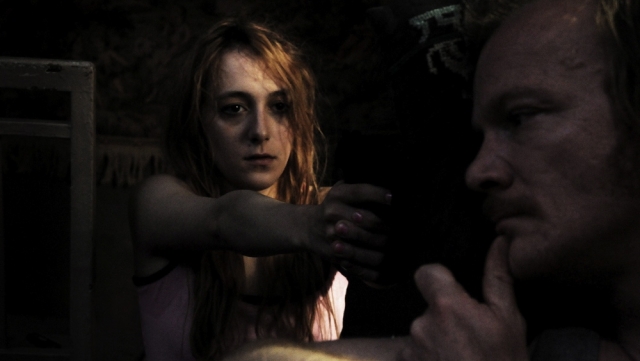 Still from To Kill a Beaver

Journalists in Karlovy Vary asked director Jan Jakub Kolski about the narrative style he had chosen for his film. “I focus on personal, auteur filmmaking. My films are addressed to me in the first place, and to the audience second. I need that emotional impulse,” said Kolski. “When I look at my previous films, I see that I alternate between sad movies and happy movies. Here, I explored the dark side, the descent to the bottom of one’s soul. After making an interesting and forceful film, there is less fear inside me,” added Kolski.

Inspired by Conversations with Veterans

Zabić bobra (To Kill a Beaver) focuses on a military man returning from the war zone to his home. Journalists asked about the attitudes in Poland towards veterans of contemporary armed conflicts: “We in Poland used to say that things like this are possible in the USA, in the UK, but not in Poland; that the problem of war veterans doesn’t exist in Poland. A few years ago I was getting ready to make a film about the GROM special forces. The film was never made, but the conversations I had with those veterans were an incredible experience. These are people who are trying to hide something, some form of trauma,” said Jan Jakub Kolski. “This story came to me on its own […]. I would like my film to be open to interpretation,” he added.

No Executioners, No Winners

Leading actor Eryk Lubos was asked about how much of his own character was put into his protagonist. “[…] There is no coming back from there. This is a film about the search for love, for the truth; a film about coming home. The director and I worked on a basis of confrontation. This is the first film in Poland that discusses the issue of PTSD. It’s an important film. I fully gave myself to the part. I am very grateful to Jan, Wiesław, and the DOP. For me, this film is about the fact that there is no coming back from that. There are no executioners, no winners.”

“Eryk is a boxer, he took special care to prepare for my film. During filming, we had a GROM military officer on set with us at all times. Almost every body movement was consulted with him,” said Kolski at the press conference.

How Was the Film Received in Poland?

The Czech audience was also interested in how To Kill a Beaver was received in Poland. “Reception was very restrained; critical, in fact. I hope that the Karlovy Vary screening will turn Polish reception more favourable,” said Kolski, referring to the reception of his film by representatives of the Gdynia Film Festival. The film has not been theatrically released in Poland to date.

Emotions Continue to Have an Impact

“I really liked the film, but I had the impression that the main character was afraid and felt guilty. Do the military officers blame others, or do they feel guilty?” asked a journalist at the press conference. “I have twelve or more hours of footage from interviews with war veterans,” said Eryk Lubos. “As a child, the protagonist was too young to understand. He joined the army as a defense mechanism. He went to war, he returned home. I know people from the special forces; after the end of their service, nobody in Poland takes care of them. The guys from GROM are okay, but the war, the emotions – they continue to have an impact.”

“I tried to get closer to them. They were honest, but I could detect a silent cry for help, because the image of a military officer has to be impeccable. Their boots and their souls would shine, but they needed care. Today, there is a clinic in Poland that specializes in treating PTSD,” said Jan Jakub Kolski.

Journalists wanted to know whether Kolski had difficulties with filming the sex scenes. “No, but it took a lot of work to gain the trust and closeness of the actors, and to have them reciprocate. Have them give themselves to the director in that way. Sexuality is about all of us; it is an integral part of life,” said Kolski.

Director of photography Michał Pakulski also described his work on set. “We tried to build a world of escape; someplace where the protagonist could hide,” said Pakulski.

‘My Next Film Will Be Bright and Heart-Warming’

At the end of the press conference, journalists also asked whether anything in the veteran community had surprised the filmmakers in a positive sense. “They are very dependable people. Knights. Their chivalry is touching. They have a sense of humour. They are tough guys,” said leading actor Eryk Lubos.

“The next film I make will be bright and heart-warming. So the atmosphere at the press conference will be warmer as well,” said Jan Jakub Kolski at the end of the conference.

Laurence Boyce, who reviewed To Kill a Beaver for Screen International, praised the performances of Eryk Lubos and Agnieszka Pawełkiewicz. Boyce stated that “Lubos and Pawełkiewicz make a believable couple even if the nature of their relationship dips into the territory of the disturbing”, and noted that after the success of Kolski’s previous film Wenecja (Venice), which screened at a number of festivals and won multiple awards (including Montreal), his latest film could take some by surprise. Boyce also emphasizes that To Kill a Beaver is “an intense blend of psychosexual drama and conspiracy thriller”. Boyce expects that the film will attract crowds in the festival circuit, while its similarities to Luc Besson’s Leon could tempt foreign distributors to give the film a try.

The complete SI review of To Kill a Beaver is available here: www.screendaily.com.